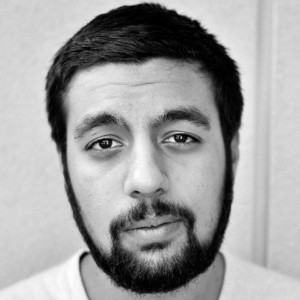 March 19 marked the death of Fred Phelps, the founder of the ever-controversial Westboro Baptist Church (WBC). Over the past two decades, Phelps and his church rose to the rank of media “anti-darling” through their highly-publicized protests against homosexuality, the US military, Catholicism, Judaism, and just about every denomination that didn’t adhere to his own bizarre, cynical beliefs. He and his followers expressed their distaste through picketing, often at funerals, while brandishing colourful signs with garish slogans like “God hates fags” and “Thank God for dead soldiers.”

I’m sure most of you reading this are aware of the WBC. Despite a membership of approximately 30 people, mostly Phelps’ relatives, and being located in Kansas, the church has received an immense amount of media attention around the world. Despite the overwhelmingly negative press, or rather because of it, the church has become increasingly ambitious in its pursuit to alienate. They’ve viciously attacked Catholicism, Protestantism, and Orthodox Christianity. Phelps has been critical of Bill Clinton, George W. Bush, and Barack Obama, going as far as to sincerely claim the latter to be the anti-Christ. The pastor’s talent to alienate would-be supporters was so great that the Ku Klux Klan held their own protest against his congregation.

So if the WBC has attracted nothing but scorn, even by other hate groups, how did they become a household name? The simplest answer is that they’re universally disagreeable, and we find that fascinating. Expressing distaste for them, in any company, isn’t going to start a debate. Hearing about their latest exploit or statement isn’t going to challenge your own beliefs, and may even be relieving, as you’re sure to never meet somebody as bigoted as Fred Phelps. The WBC is comfort fodder. Your gut instinct is to rip them apart and then feel good about it afterwards. Phelps is an unashamed cartoon villain; he was Dr. Doom, he was Stone Cold Steve Austin, he just wanted to watch the world burn, and nobody could really comprehend why.

On the night of Phelps’ death, a friend of mine posted on Facebook that she was glad because “the US now has one less person of power fighting against gay rights… Shame it often takes death to move forward with human rights.” But the only people Phelps had power over were the handful of family members who didn’t already cut ties with him. No sane government official in the US would ever take his words to heart, and he wrecked his chances with the insane ones the moment he stomped on an American flag at a soldier’s funeral. Phelps’ (negative) popularity outweighed his influence to an incomprehensible extent, and his ghost still lives on in the news, with articles showing up in local, national, and international publications daily.

So what, if anything, does Phelps’ death mean? In “Fred Phelps was a necessary evil,” which ran in Time, author Joseph Russomanno argues that Phelps should be seen as a symbol for freedom of speech. Russomanno writes that “if the First Amendment can protect someone like him, it protects all of us.” While I don’t disagree with Russomanno, I feel that the largest impact Phelps made was on sensational journalism. In the absence of genuine newsworthiness, the WBC was written about so extensively simply because people enjoyed reading about them. Phelps was a clown, albeit an evil clown, and because of that he made an entertaining subject. In a vicious cycle, the readers fed the media, and the media’s attention fuelled Phelps and the WBC to seek even more, inspiring them to become hyperbolically outlandish. While he helped organize thousands of protests and hurt a lot of feelings, his offensiveness entertained more people than it actually affected.

That’s how a group that attracted so much scorn became a household name. That’s how Phelps was able to have his opinion willingly heard by millions of people who detested what he had to say. Nobody can say for sure, but I believe that if we all stopped listening to him, he would’ve given up much sooner. The only thing his death means for all of us is that we’ll have to find a new freak to hate. And with the constant media attention he’s still attracting despite his death, the next Fred Phelps can stand on solid ground.