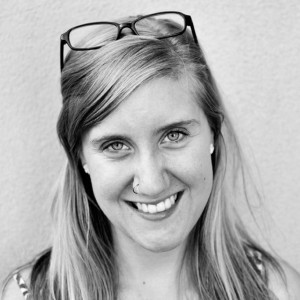 Within the last couple of years, there has been a strong outcry from women (and men) demanding a refined perspective on how women’s bodies are displayed in the media. As creatures of social media, we’re all given a voice, and we’re using it.

Last year, Target faced a backlash from their customers after reportedly selling a plus-sized dress in the colour “manatee grey,” while the same dress in smaller sizes was called “dark heather grey.” According to a Target spokesperson, manatee grey is a shade used in both plus and standard sizes, but in the case of this dress, “the teams for the different product lines didn’t coordinate when they were inputting product information.”

Target was fast to apologize for the discrepancy, aiming to appease angry consumers who were expressing their frustrations over Twitter and other media outlets.

I think this reaction is a bit extreme, but there are examples of other body image “slips” in the media that are less ridiculous, and consequently more controversial. In November of 2013, Lululemon was under fire after the brand’s founder said their yoga pants don’t work for some women’s bodies. This was in response to the pants reportedly pilling and becoming see-through, causing protest for a recall. The company founder claimed the pants pill and become see-through from women’s thighs rubbing together while they walk. Though I think it’s stupid for a company head to blatantly insult his customers, I found the controversy fascinating. While I’ve personally never paid much attention to how far apart my legs are when I walk, I hate to think this CEO’s silly remark would be making women walk around widespread, wobbling about so they don’t burn a hole in their $100 dollar yoga pants.

As a trend, promoting a positive body image has latched onto the media, and many companies are using it as part of their marketing campaigns.

Dove’s “Campaign for Real Beauty” started in 2005, and in April of 2013 the company released Dove Real Beauty Sketches, a short film that quickly went viral. The premise of the campaign involved a forensic artist doing blind sketches of a woman as she described to him what she looked like. Naturally, the woman described her features in an abrasive, and generally unflattering way. In the next part of the video, the woman is introduced to a stranger, who, thereafter, describes to the forensic scientist what she looks like. As you can guess, the stranger describes the woman in a lighter, more complimentary manner, and the two drawings are starkly different.

There are definitely eyebrow-raising aspects about these campaigns—namely, why we should listen to “real beauty” campaigns coming from a soap corporation that pushes anti-aging remedies amongst other fix-me-ups. And though I don’t think there’s anything inherently evil in wearing makeup, that art poster in the visual arts building, displaying information about toxins in beauty products has at least inspired me to buy products with the least scary ingredients. However, this point has already been the centre of discussion regarding the campaign, so I won’t dwell on it.

The Dove Selfie is another “positive body image” campaign the company has recently launched. The basis of the short film unravels around prepubescent girls apparently defining their own beauty by taking selfies. Somehow, this is supposed to be empowering. From my experience, I can take a trillion selfies and never be satisfied. At least when someone else takes my photo, it’s often candid and I look happy. I also question the paradox of the two campaigns. In the sketch video, the soap giant sends the message that we’re our biggest critics and other people usually see us more beautiful than we do ourselves. So, loaded with this knowledge, the company encourages us to reflect all of our criticism in a self-portrait. Judging from the sketch video, I don’t know if women can be trusted to define their own beauty.

Finally the #NoMakeUpSelfie is arguably the best use of a self-indulgent campaign. Although it’s sad that we’re so disillusioned by our natural beauty that posting a picture without makeup is viewed as an act of bravery, I won’t discredit the heart behind campaign. Raising money for cancer is probably the best use thus far of the selfie.

Parting is Such Sweet Sorrow