This October, the Nanaimo Museum is hosting two tours of downtown’s dark past. On Wednesday nights until Halloween, the story of Brother XII, Cedar by the Sea’s infamous cult leader from the 1920s, will be given a new perspective.

“The Halloween season seemed like the ideal time to launch a Brother XII tour because every aspect of his story is mysterious,” says Aimee Greenaway, Interpretation Curator at the Nanaimo Museum. 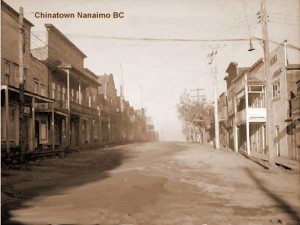 The tour will start downtown at 6:30 p.m. at businesses that Brother XII frequented. The tour will visit Filmer’s Printers, where some of his religious materials were published, and the bank where he reputedly had donations from his followers converted to gold bars, according to the museum.

The second tour, Fridays this month from 6:30 – 8 p.m. is in its third year. The Lantern Tour delves into downtown’s grisly history of public hangings, ghost sightings and murders.

There are group bookings available for the tours, but tickets sell quickly. The Brother XII tour is $10, The Lantern Tour is $15 and the museum asks that people interested preregister for the tours.

Along with the tours, the museum has two new displays included in the regular price of admission for the museum. From October 13-31, Brother XII artifacts will be shared, along with a haunted coal mine spooky facelift for the week prior to Halloween.