Nick Sagan’s Idlewild is a hidden gem in the sci-fi genre and deserves to bring Sagan’s name out from under his father’s shadow. Blending The Matrix and Minority Report gives you the bare bones core of the story, and yet Idlewild stretches to be so much more during the whole story. 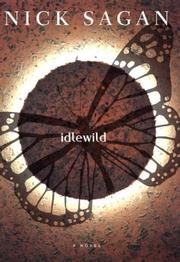 The main narrator of the story, Halloween, wakes up suddenly with only two details he remembers: someone tried to kill him, and one of his peers is already dead. Using Halloween’s own amnesia as a way to explore the strange world, readers find themselves in what would usually be a cheap parlour trick. But Sagan deftly uses it to not only build the world, but the actual character as Halloween begins to learn about parts of himself that no longer seem to make sense. The character grows swiftly in front of readers’ eyes as he tries desperately to find out who to trust and who attempted to kill him.

Along with Halloween’s first person narrative, readers are also treated to a third person narrative that attempts to slowly give clues to the overall story and situation Halloween finds himself in. It isn’t until near the end where these pieces finally click into place and the reader is left in shock over the whole picture.

Part sci-fi thriller, part who-done-it mystery, Idlewild leaves readers scrambling to find bits of the story that link together, gripping the pages as every answer leads to five more questions. Along with the thrilling plotline, the novel gives readers flawed and problematic characters that you either love or love to hate. No one is truly a golden child in this story, and the misfits that find themselves in the company of Halloween all bring their own baggage and issues to play.

Overall, Idlewild is a fresh take on the genre and an excellent example of Sagan’s ability to flesh out both worlds and characters. Readers will be on the edge of their seat through the whole read and will be eager to continue the story.

Lys has lost count of what year he’s in at Vancouver Island University and is trying to finish one project before he graduates. His work is featured in Portal, Rebel Mountain Press Disabled Voices, and TransFocus. He is the recipient of the 2018 Mike Matthews Humorous Rant award.

Game Review: The Evil Within