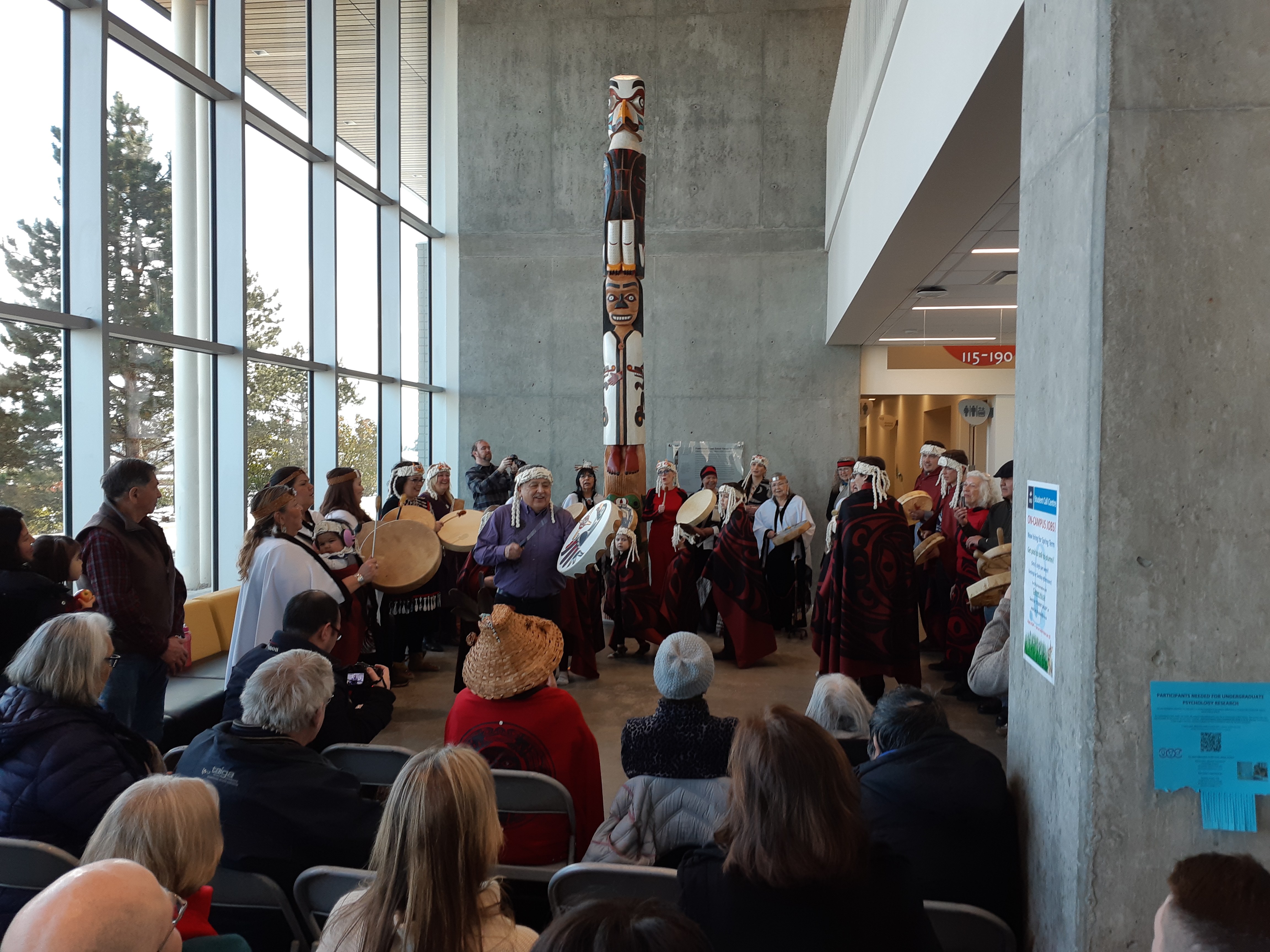 As Vancouver Island University continues to integrate Indigenous perspectives on campus, the university celebrated two new pieces of Coast Salish art that will be displayed at the Nanaimo Campus.

The unveiling ceremony for the Te’tuxwtun (Mt. Benson) totem pole was held in the newly constructed Centre for Health and Science (CHS) on February 9. William Good, artist of the Te’tuxwtun totem pole, and his family attended the ceremony. Footprints of the Wolf, a Snuneymuxw drumming family, was a highlight of the event. Good drummed in the younger members of the group as they performed the Frog dance. With a frog as one of the carvings on the Te’tuxwtun totem pole, Good highlighted the importance of the animal in the Snuneymuxw culture.

The ceremony was opened by Don Campbell, adopted brother of William Good, who smudged the newly carved pole and the area. Geraldine Manson, Elder in Residence, then led prayer and spoke about the importance of the installation:

“This piece represents the health and the healing in this building.”

Witnesses were called by Manson for the ceremony, who instructed them to observe all the ceremony held and to share what they’d seen. Mayor Leonard Krog was called as witness along with Patrick Aleck, Russell Scow, and Pat Taylor. Tricia Thomas was then asked to speak about the significance of the installation.

“This is more than just a cool unveiling,” Thomas said. “It is aimed at sharing art and culture as a way of health. Culture and art tells us who we are. And our generation is getting that back.”

The Te’tuxwtun pole represents the beginning of humanity, healing, and learning. It will stand to greet anyone coming through the main entrance of the CHS. Its placement is significant as a way to recognize the importance of Te’tuxwtun to the Snuneymuxw people. The symbolism, meaning, and teachings behind the art of the Te’tuxwtun pole led to its placement in the CHS building. An eagle rests on the top, which is said to bring messages and healing. Te’tuxwtun, meaning “man,” is situated below the eagle and wears a blanket adorned with sea wolves, another symbol of healing. At the base is the frog, to bring good luck and fortune to the students.

William Good is a master carver and cultural historian. He is credited for revitalizing the traditional art forms of the Snuneymuxw people. Good spent decades researching the nearly-extinct techniques that were a vital part of the visual language for the Coast Salish people. He also spent years teaching and sharing what he’s learned to students and the general community. Good has a history working with paint, jewellery, steam bent boxes, gold, silver, art restoration, garment manufacturing, and silk screens. Although retired now, Good continues to carve master works. He has passed the traditional art form he helped revitalize to his son, Joel Good, who created the second piece.

The second piece of Coast Salish art, a sul’sul’tun, is installed in the new Trades Complex. The sul’sul’tun is a type of spindle whorl, an item commonly used to spin wool from goat or dog hair to weave traditional blankets. A design with two sea wolves, a wind mask, and a salmon coming out of the water decorate the sul’sul’tun.

Joel Good has found passion in the traditional art form from the Snuneymuxw First Nation. The sul’sul’tun design, and all of Good’s designs, find root in the traditional legends Good was taught, along with what he has learned from extensive research of the original art styles. Good also credits his mother, Sandra Moorhouse-Good, as a significant source of inspiration.

The partnership between VIU and the Goods came about after VIU put out a request for proposals from local Snuneymuxw artists and awarded the commission to the two artists. Carol Stuart, Provost and Vice-President Academic, says VIU’s motive behind including art installations in the new buildings was based on respect.

“VIU is located on unceded territory for the Snuneymuxw First Nation people,” Stuart said, “and we felt it was very important to recognize the original occupants of the land.”

With the placement of both pieces mirroring the themes of education in those buildings, the art shows VIU’s continued steps towards acknowledging the history, culture, and importance of the land the campus is situated on.

“VIU believes strongly in acknowledging and representing the original peoples in the physical spaces of our campuses and looks for every opportunity to do so through art, traditional plants, ceremony, and other mechanisms,” Stuart said.

The partnership with VIU and with the Elders, who are integral in many aspects of the campus, was a factor that was important in the development of the new pieces and their placement.

“In that process we take guidance from the Elders to determine appropriate locations, protocols, and cultural considerations in the work of VIU to welcome Indigenous peoples,” Stuart said. “Since we sit on the land of Coast Salish people, we also take guidance for our efforts to welcome others to their lands.”

At the closing of the ceremony, William Good touched again on the importance of the younger generations seeing this art come back.

“They can have their ways back, and their culture,” Good said. “We are giving them their pride back.” 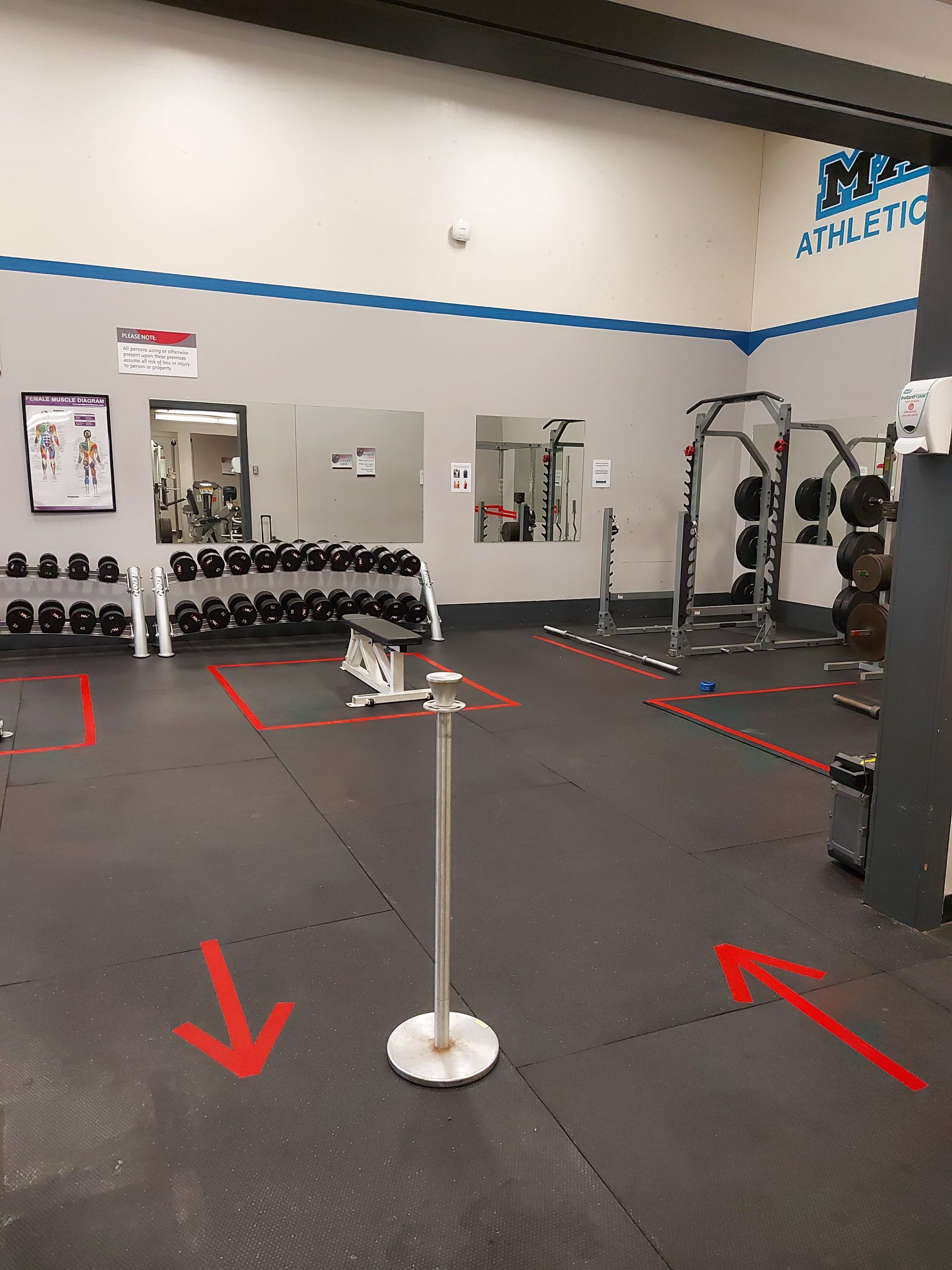 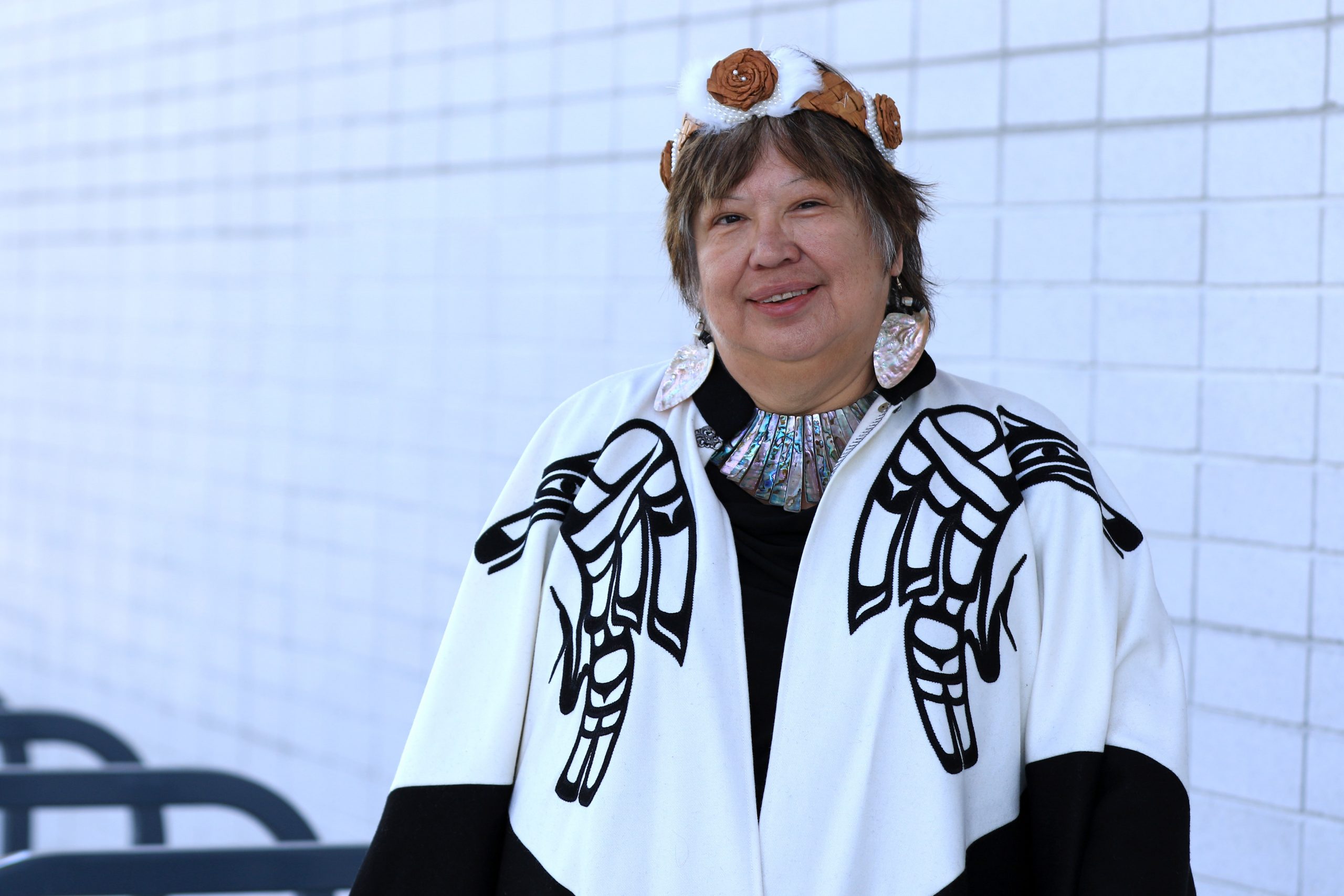 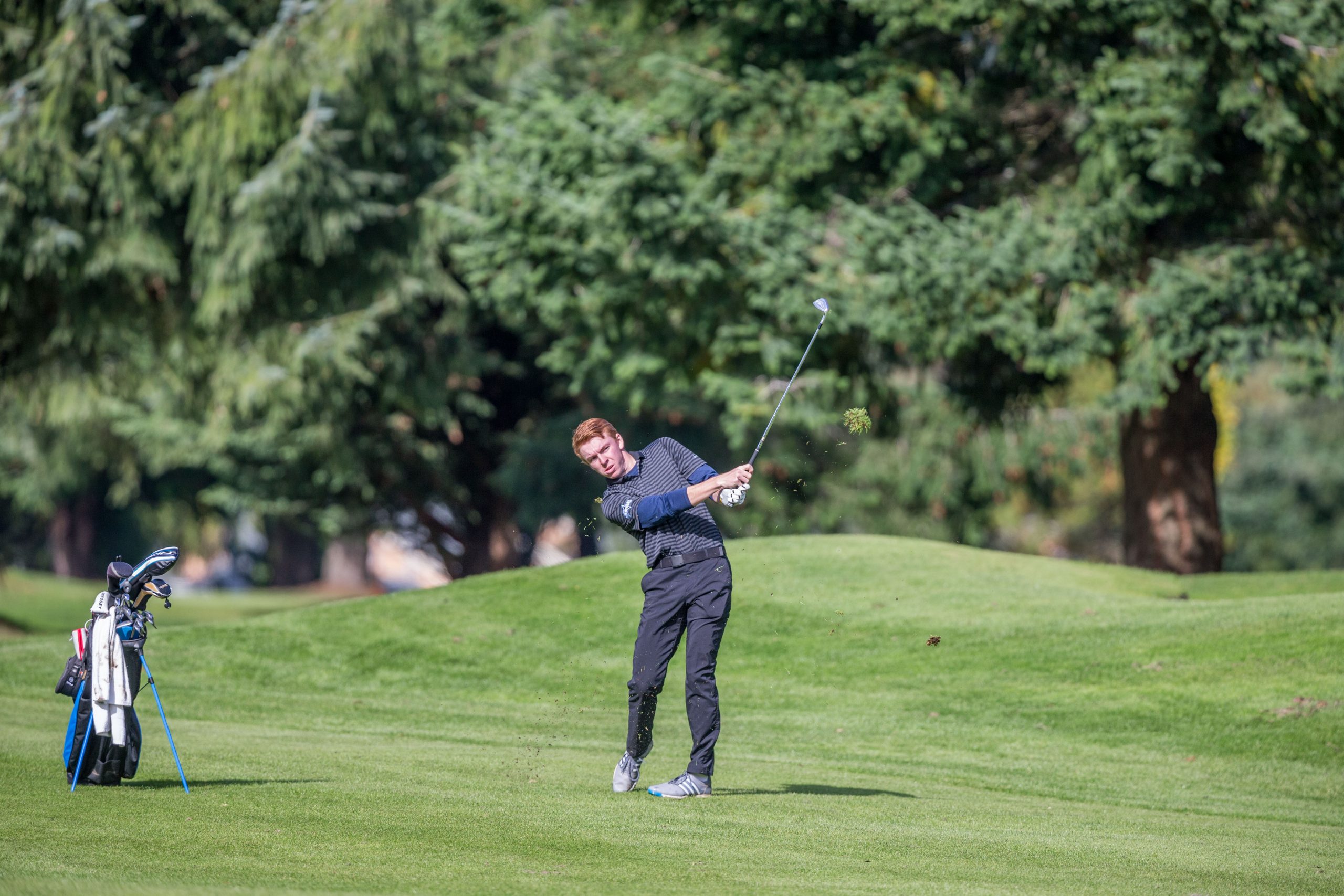 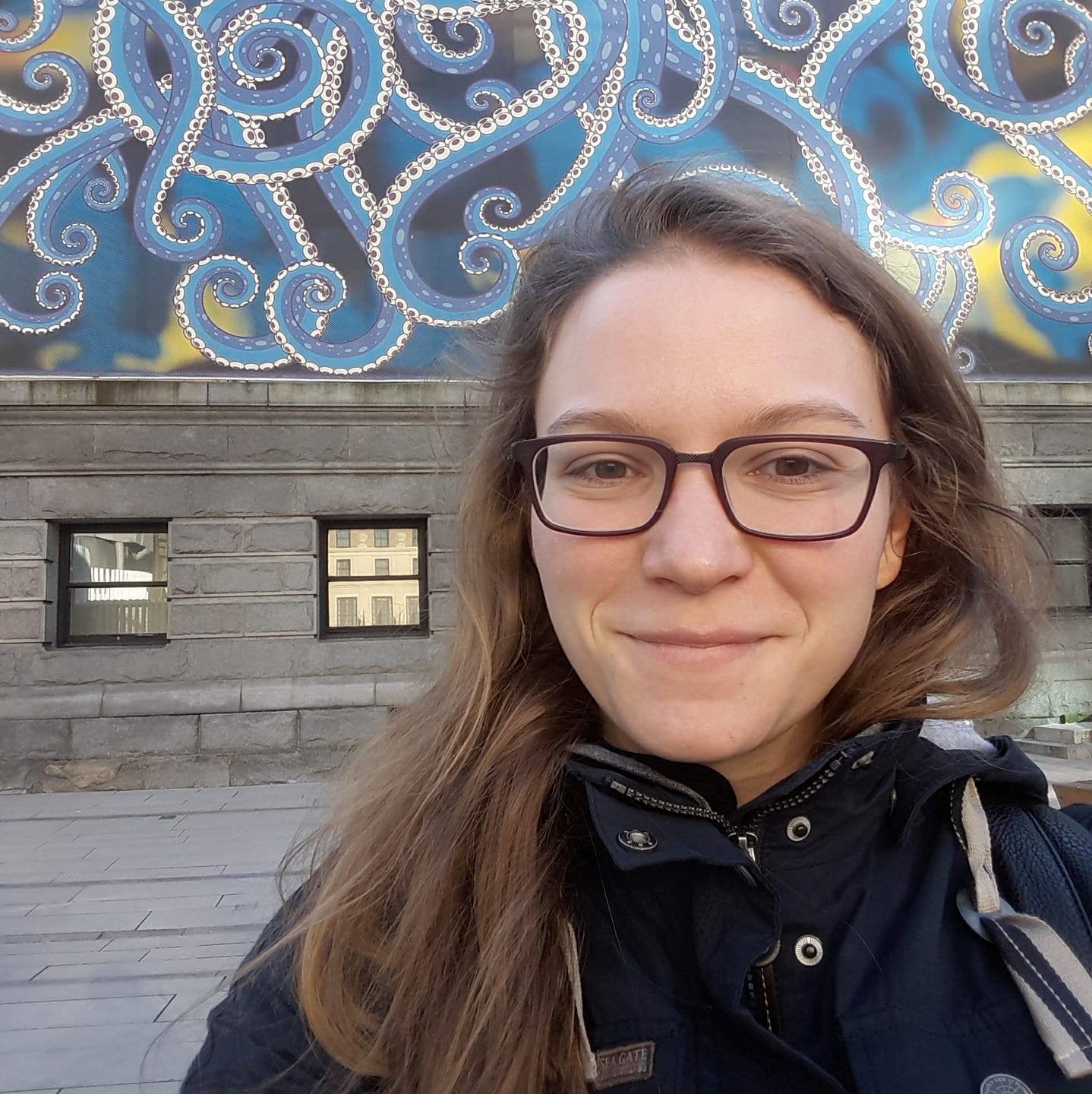 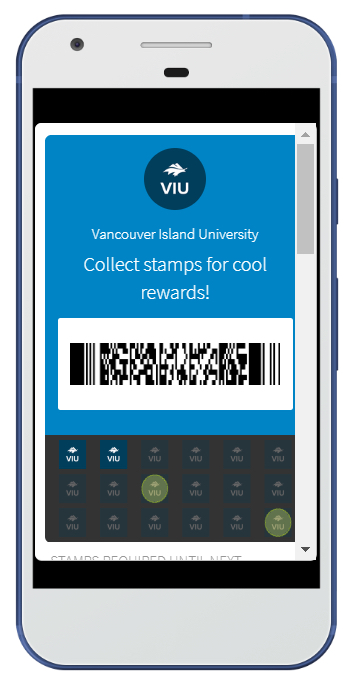