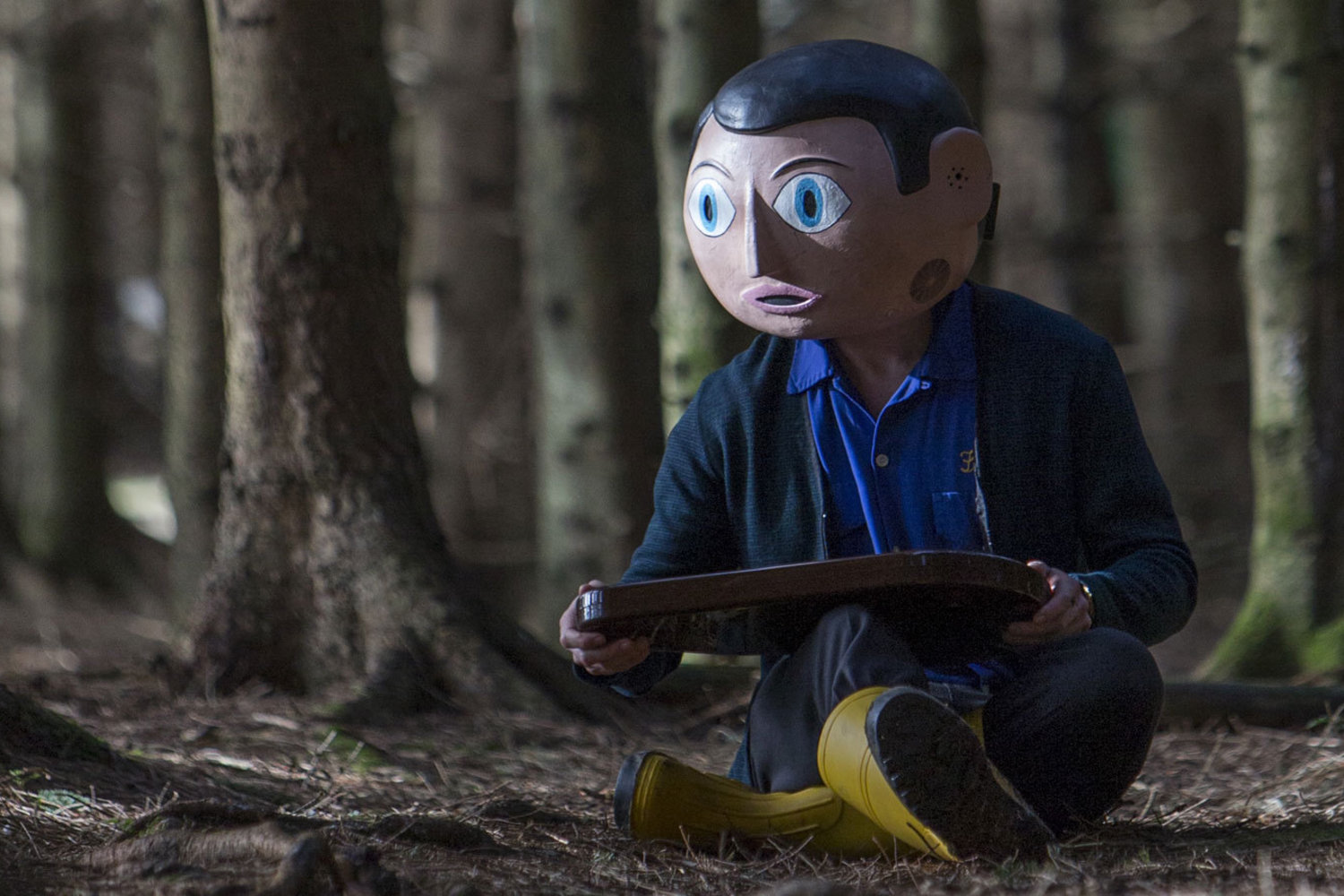 Frank Sidebottom was the alter ego of British musician and comedian Chris Sievey. Although the head used in the film is unmistakably alike to Sidebottom’s, the story manages to intertwine elements from the lives of Daniel Johnston, Captain Beefheart, and Jon Ronson (one of the co-writers who played keyboard in Sidebottom’s band). The film is quirky and fun on the outside, but underneath it is a lot of pain. By the end, Frank (Michael Fassbender) ends up embodying the struggle that comes from carrying your mental problems into your art.

Director Lenny Abrahamson has been a prominent figure in Irish cinema since the debut of his tragicomedy Adam and Paul (2004). Since then, he has received numerous accolades within the UK film circuit. Abrahamson reached a peak in 2012 with the intense slow-burner What Richard Did when he sweeped the major film categories at the 10th Irish Film and Television Awards. Frank presents a change of pace and scenery for Abrahamson, who usually directs dark films related to the troubles of Irish people. Abrahamson maintains his dark side in Frank, but we are treated to a film that is more colourful and faster paced than his previous.

The film opens with our main character, Jon Burroughs (played by Domhnall Gleeson, modeled after writer Jon Ronson), trying to make up songs on the spot by looking at things around him as he is walking down the street. This spawns a number of child-like tunes that he tries to unsuccessfully revive later on. Jon is a straight-forward, dissatisfied middleclass man: he lives with his parents, works a menial desk job, and writes songs in his spare time with the hopes of fame.

While out for one of his walks, Jon notices two police officers wrestling with a man trying to drown himself in the ocean. Overlooking the scene is a mysterious group of people who are complaining about finding a new keyboardist. Jon recognizes them from the posters around town as a band called the Soronprfbs (don’t worry, the cast barely pronounces it right either) and offers to play keyboard with them that night. They hesitantly accept, and Jon only meets Frank once he gets on stage. The experience completely shakes Jon, and he is later offered to come to Ireland and sit in as the keyboardist for the recording of their new album. This is where the intersection of musical histories becomes most obvious. As relentless recording and rehearsal begins, the story begins to mimic the recording sessions of Trout Mask Replica (1969) by Captain Beefheart and His Magic. Captain Beefheart locked his band in a remote cabin where they rationed food, were humiliated by Beefheart, and vigorously practiced the avant-garde compositions that Beefheart was coming up with. The band was so well-rehearsed that they recorded most of the 28 extremely difficult and avant-garde tracks in six hours. As an added callback to Beefheart, the Soronprfbs’ manager, Don (Scoot McNairy), is a hilarious, aesthetic replication of Beefheart himself.

During this time, Jon documents the band’s recording and struggles to drum up some online attention through social media. Jon will occasionally type and narrate his tweets throughout the film, and it is always good for a quick laugh. The dramatic irony of him using the hashtag #livingthedream on a bad day will remind you of all those times you typed “lol” and had a completely neutral face. By the time the album is recorded, the social media project proves successful and the band is offered a chance to play at the Austin, Texas festival, SXSW.

This is where the film starts to fall flat. It wasn’t perfect up until this point (the main album recording montage was particularly awkward), but it was fun and well-paced up until the final act. The snail pace is akin to Abrahamson’s film What Richard Did, but it worked in that film because the entire piece was consistent. As Jon begins searching for Frank when he loses him at SXSW, the film turns into a dark meditation on mental illness and creativity. Jon spends his time at the cabin asking “where can I get that kind of creativity?” in response to Frank and his manager’s tragic back stories, but is assured later on that mental illness has only slowed down Frank’s musical capabilities.

With Frank’s story running parallel to the bizarre Captain Beefheart, and the mentally disturbed but naturally talented Daniel Johnston, he becomes a character that warns of the trade-offs that come with being mentally disturbed and practicing art. Certainly, the product produces some truly unique pieces, but at the cost of a person’s well-being. The co-writers, Jon Ronson and Peter Straughan, really grasp this balance by contrasting the experimental, psychedelic rock of the Soronprfbs with the great deal of accessible music being played at SXSW. The writers clearly love how far music can go, but  also make sure not to overdo it by making Frank a very disturbed individual.

The performances by the cast are mostly one-dimensional and comedic except for Frank. For a character that wears a paper mache head, Michael Fassbender does an excellent job of making him feel animated and expressive (this is outside of Frank’s phase of describing his facial expressions). If you were never told who the actor for Frank was, it would have been impossible to guess. Fassbender flows gracefully between Frank’s laidback attitude, his intense music persona, and his mentally disturbed self.

Fassbender’s intensity is never made clearer than in the recording session for the album. All the music was recorded live by the cast, which makes it feel more intimate and focused than it would otherwise. The rest of the cast works excellently in these sessions while Fassbender maintains a commanding presence with his wailing vocals and avant-garde lyrics.

Chris Sievey died, penniless, of cancer in May 2010, although he had given a blessing for the film before then. When the announcement came that Sievey would be given a pauper’s funeral, a social media campaign was launched to raise funds so Sievey could have a proper funeral; it was successful. The inclusion of Jon’s tweets is mostly intended as a gag, but his use of social media also feels like a celebration for what it has the power to do—show the world new music or give a poor genius a proper burial.

Frank is sort of all over the place, like its title character, but is a fun film that has some interesting ideas about art. Some people are naturally talented, and some are meant to play backup; some people have a mental illness and are musical, and some have mental illness. It’s also wonderful, from a music lover’s perspective, to see multiple artists’ histories paid tribute to in this film. Abrahamson shows with Frank that he is a promising director to look out for.