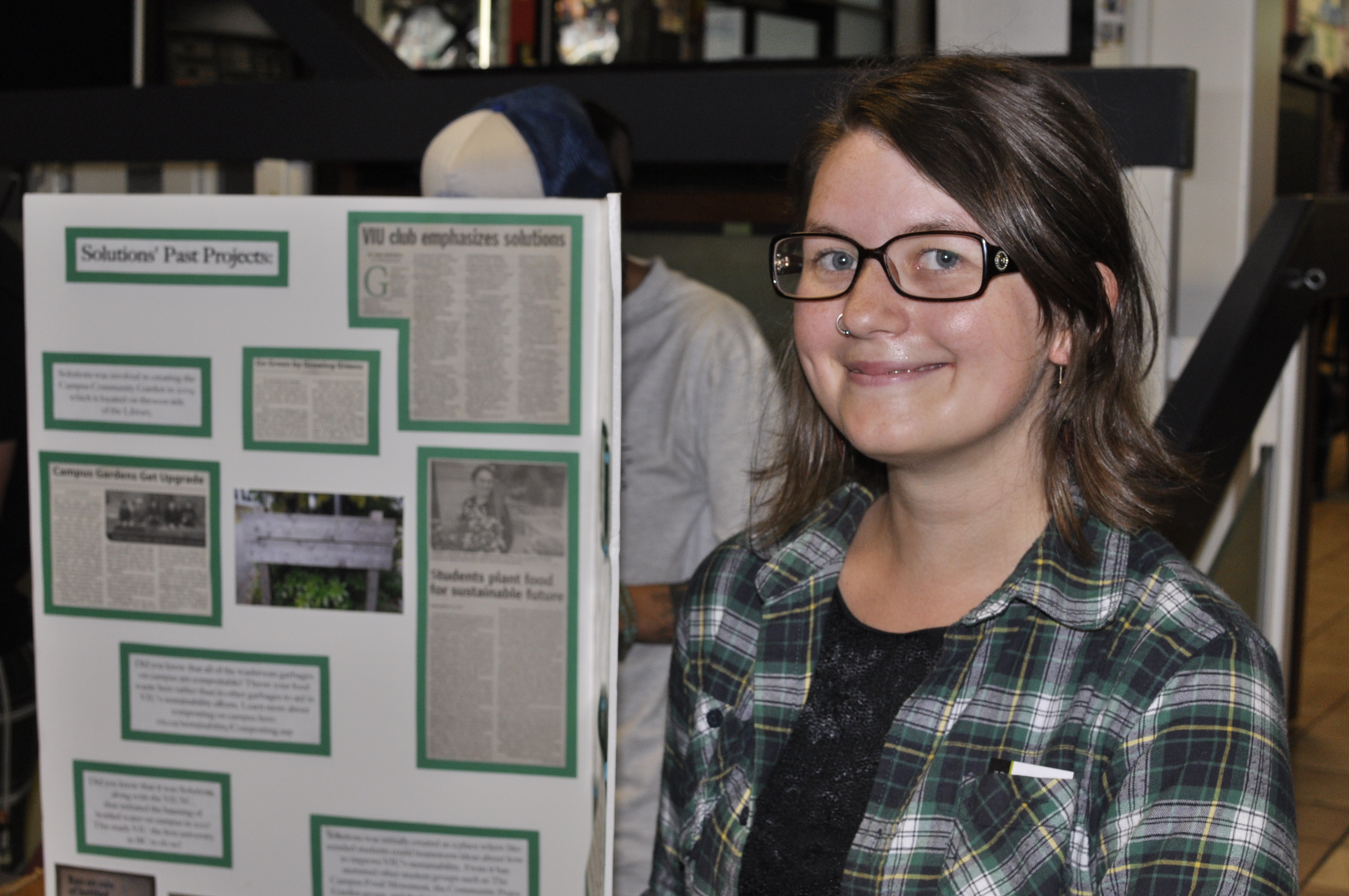 VIU’s growing number of clubs offer students a chance to share their interests, spread awareness, and meet new people. A selection of the university’s 50 clubs and unions assembled in the upper cafeteria on September 17 for the VIU Students’ Union’s annual Club Fair, showing students what they have to offer. For those who couldn’t make it, The Navigator was there to speak with some of the new and returning clubs.

One of VIU’s most popular clubs is Solutions, a group that aims to support sustainability projects on campus and in the larger community, including recycling and alternative transportation initiatives, and most recently the Ban the Bottle campaign. Solutions also organizes film nights and symposiums.

For those interested in activism, VIU has a chapter of World University Service of Canada (WUSC), a group that funds refugees to live and study in Canada. WUSC is sponsoring two new refugees this year, and is looking for students with expertise in online marketing to handle the group’s web presence, and in finances to help the new students with financial planning. Members will be matched to positions fitting their skills.

Celebrating their first semester is the Cosplay Club, a group dedicated to creating and sporting costumes. Coordinator Angel Maheu said the club welcomes students of all skill levels, whether you’re a veteran seamster or looking to grow your skills.

Another recreational group is the Chess Club, which meets to play every Wednesday afternoon. Skill levels range from beginner to master.

Despite its affiliation with the History Department, History Club co-chair Clarice Blanel said anyone is welcome to join.

“It’s not just for history students,” she said, “it’s for anyone who has an interest in the past and would like to learn more.”

Politically-minded students may be interested in the Young Liberals, who are rebuilding their campus presence after a four year absence. As VIU’s only partisan group, they provide members with a forum to discuss the Liberal Party of Canada, and are also working on a campaign encouraging students to vote.

For students who have an interest in global politics, but who aren’t interested in partisan groups, VIU has a Model United Nations. The club meets twice a week to form a UN meeting, with each member representing a delegate from a different country, and work towards finding resolutions while following their respective foreign policies. Coordinator Shantel Beaute said that the club is great for building public speaking and cooperation skills, though joining requires prior knowledge of global politics and writing resolutions.

There are also several religious clubs on campus, including University Christian Ministries. The club is open to all Christian denominations, and hosts several bible study “core” groups each week, as well as camping trips and guest speakers.

“UCM is all about building relationships,” core leader Jess Penman said. “Building a relationship with each other, with the community, and with God.”

For more information on VIU’s many campus clubs, visit the Students’ Union on campus or click here.