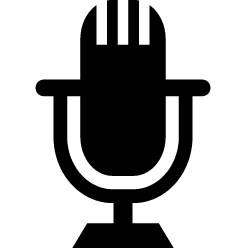 Psychology Major Charlotte Stark is attending VIU this year as an exchange student from Fairbanks, Alaska.

Stark, who narrowed her choices of schools down to VIU and McGill, chose to attend VIU for multiple reasons.

She said she liked VIU’s academic reputation, but also thought the campus seemed more fun, and that the weather was better.

Stark said she liked the idea of going to school somewhere away from home. It was something she had always wanted to do.

While attending the University of Alaska Fairbanks, she spoke with teachers about the opportunity to be part of the program.

So far, Stark said her experience here has been positive. “The people and campus here have been nice.”

Stark said she misses her friends and family, but enjoys studying at VIU. She said she is looking forward to what the year will hold.

Because she likes it here, Stark said she may try to return for another year. “I really like being by the ocean, and having lakes nearby.”

Stark said she still doesn’t know what she wants to be when she grows up. “I’m 19,” said Stark. “I want to finish school and travel.”

The exchange program is awarded through Fulbright Canada and is available for students in both the US and Canada.