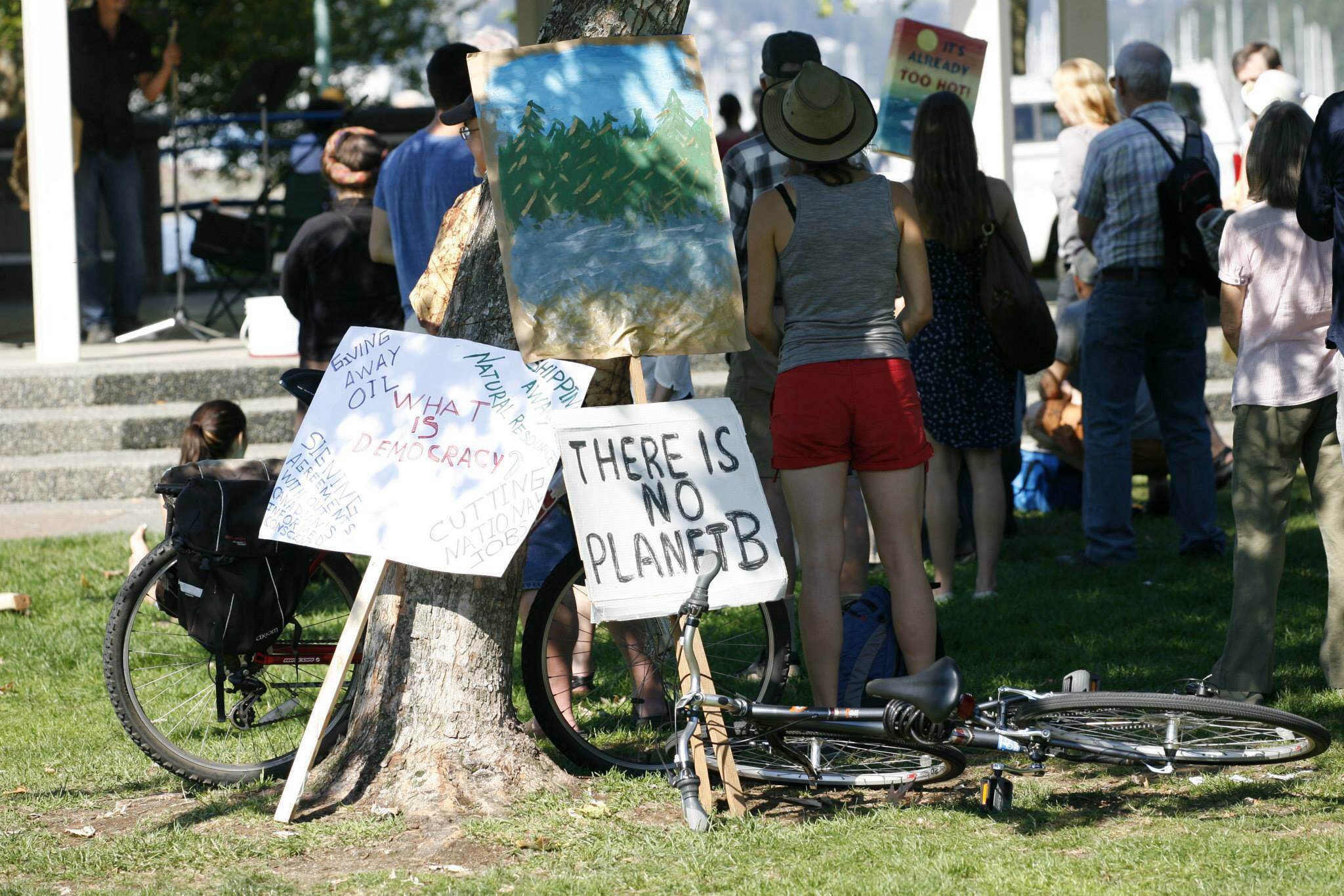 Sustainability is a real buzzword right now, flying around many communities, industries, and our own university. It touches everyday life when we look at waste reduction, housing, and timber. It is at the heart of many movements, including one that happened recently in our own city.
The United Nations met on September 23 in New York City to discuss the drastic state of climate trends around the globe. It was not only the leaders of nations converging in New York City though. On September 21, they were joined by the people of New York, and others coming together in cities all over the world to voice their concerns about climate change. The citizens of Nanaimo were there too.

The People’s Climate March mobilized in conjunction with events at the United Nations to add their voices, allowing the general public to rally for the climate, the people at its mercy, and the planet in general. It is said to be the largest mobilization of people for any cause in the history of the world, with 2646 events happening in 162 countries. In New York alone, over 400 thousand people took to the streets to stand behind a global movement towards improving the way we live, the ways we consume, and mitigate our effects on the planet. Here in Nanaimo, a crowd of about 200 gathered in Maffeo Sutton Park.

It was a poignantly blistering September day that felt more like July, reminding us what we were rallying for. The day featured many speakers, including Brenda Sayers (who took part in the First Nations court case against the Harper government to deny the Foreign Investment Promotion and Protection Agreement [FIPA]), the moving music of Tongue and Groove, as well as VIU’s Solutions Sustainability student club president Sacia Burton.

“It is an honour to speak on behalf of student leaders across the country,” Burton Said. “I feel privileged to be a part of such a large network of engaged and involved students. It is exciting to show the activist community in Nanaimo that there are young people in this region who are passionate about making sustainable change and are part of a larger movement.”

This climate movement was precedent setting as people found their voices and spoke up against big corporations and government policy. On this day, communities of like-minded people found one another, mass populations realized they were not alone and that they (we) could all be strong together. Spending the day at the waterfront in Nanaimo was exhilarating, and it was inspirational to view photos of what was happening in all corners of the world. However, it is what happens in the afterglow of the event that really matters. Where do we go from here? There are many ways all of us can apply the principles of sustainability in our everyday lives.

Be educated:
The internet is amazing with its ability to grant you the world at your fingertips. Find out what fair trade means to third world countries, and what the Mount Polley mine collapse could mean to our salmon runs and fisheries. The information is endless, and knowledge is power.

Take a walk:
Sometimes the best place to start is to make a connection with nature itself and understand what it is we are fighting for. It’s also a great way to relax during midterms. [For Hiking and Parks in Nanaimo, click here.]

Find your community:
You are not in this alone; there are many organizations and people in Nanaimo who work very hard to shift the paradigm of consumerism, connect you to your food, and help one another. You can even find your community here on campus through Solutions: A Sustainability Network, a student-run club working to find ways to educate and connect interested individuals. [See also: Twitter list]

Identify with sustainability on a personal level:
There are many issues wrapped up in the idea of sustainability, so start with one that you are passionate about. It will make it easier to be successful in your own movement.

Shop locally:
This one cannot be said enough. You are not only supporting your local communities, but also cutting down on the large-scale transport of food and goods. This is especially true when you shop at farmers’ markets. [For Farmer’s Markets in Nanaimo, click here.]

Remember the “three Rs”:
Reduce, reuse, recycle. And note that “reduce” is first for a reason. If you reduce the amount of packaging, or even the purchase itself, it cuts down on potential waste. Ask yourself, “Do I really need this?”

It all boils down to wanting to live in the best way you can, not only for yourself, but for the planet and future generations of every creature who calls it home. Stay hopeful and inspired. You can make a difference.