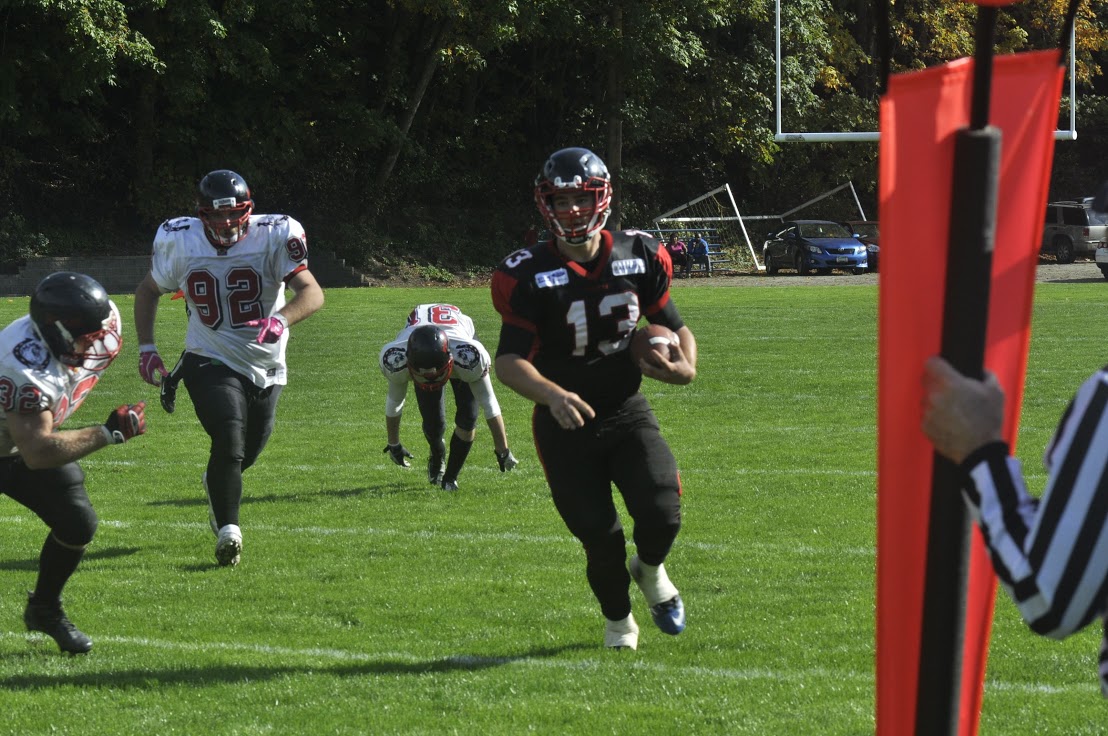 The VI Raiders picked up a couple big victories to end their season. Wins over the Kamloops Broncos and Westshore Rebels allowed the Raiders to finish the season at .500 with a record of 5-5.

The Raiders’ last game of the season was at home on October 4 against the Raiders’ Island rivals, the Westshore Rebels. Westshore came to town looking to avenge a 39-9 loss to the Raiders in week two. The two teams traded early touchdowns. Then, with the game tied 7-7, the Raiders took over and put three more touchdowns on the board before the end of the first half to lead 27-7 after the first half. Another Raider touchdown early in the second quarter gave the Raiders a 34-7 lead. The score  stayed that way until halftime. The Raiders’ defense continued their strong game in the second half, not giving the Rebels any chances to put points on the board. The Raiders added two more touchdowns in the second half, ending their regular season with a 48-7 victory over Westshore. The Rebels are still looking for their first win in franchise history against the Raiders.

On September 27, the Raiders played their only game of the season against the Kamloops Broncos. The Raiders came in looking for a victory against the 6-2 Broncos, who sat in a tie for second place with the Langley Rams. The Raiders’ defense dominated the first half of the game, allowing Kamloops a single point. Meanwhile, the offense came out firing, putting up 17 points in the first half. Early in the third quarter, the Raiders continued the onslaught. A one-yard touchdown run by Nate Berg gave the Raiders a 31-1 lead. When the game’s final whistle sounded, the Raiders picked up the victory by a final score of 45-15.

The Raiders’ first game of the playoffs will be on the road against the Okanagan Sun. The Sun won all three games between the two teams, picking up a 38-0 win at home before picking up 64-20 and 19-7 victories over the Raiders in Nanaimo.