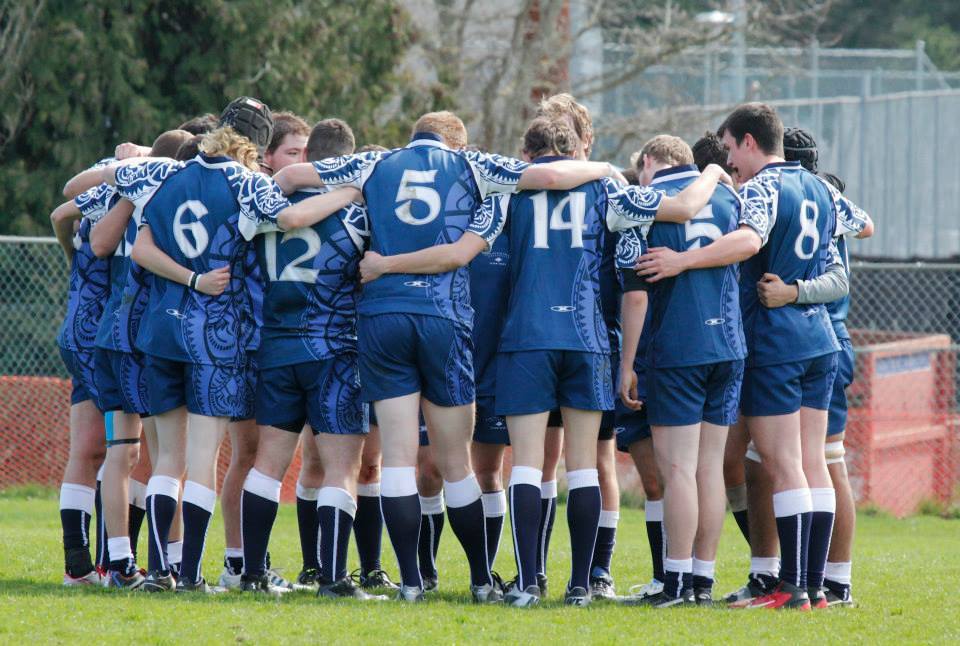 The newly formed VIU Storm rugby club is having some success this season, with the team picking up three victories in their short fall semester schedule, including a 36-12 victory over a squad from the University of Victoria. The team also picked up a win 20-5 over Coquitlam United on the mainland. The victories were big steps in the right direction for the Storm, a club that has only been practicing together as a team since January.

“A couple of guys were upset that there weren’t any teams in town besides the [Nanaimo Hornets Rugby Club],” said Lane Vienneau, Co-President of the Club, “so they got all their friends together and things went from there.” The team, which currently consists of 28 players, started practicing in January and took part in their first tournament in March of this year. The team didn’t win any games, but they were competitive, especially for a team that had only been practicing for a few months.

The team has gotten a lot of support from the Nanaimo Hornets. “They’ve been really great,” said Co-President Cameron Osualdini. “They’ve let us use their facilities, and they really helped us out with coaching and drills last year.” The club has also been able to use May Richards Bennett Park for their home games.  Having a home field to schedule games on has gone a long way in helping the Storm consistently find teams to play.

The Storm are still looking for players to come out and practice with the team. “We have 28 players on our team at the moment,” said Vienneau, “so we have room for a few more players to come out.” Players interested in playing rugby are encouraged to get in contact with the Storm either through their Facebook or on Twitter @VIURugby. The team doesn’t hold any tryouts, and previous experience is not necessary.

Fans of rugby are also encouraged to follow the Storm on social media. The Storm’s fall schedule is very tentative, but the team would love to see their fans come show their support at May Richards Park on Dover Rd. behind Cabela’s. The team updates their schedule on Facebook and Twitter as information on game times can be confirmed. So if you’re a diehard rugby fan or have never experienced the sport before, check out the VIU Rugby Club and show your support.