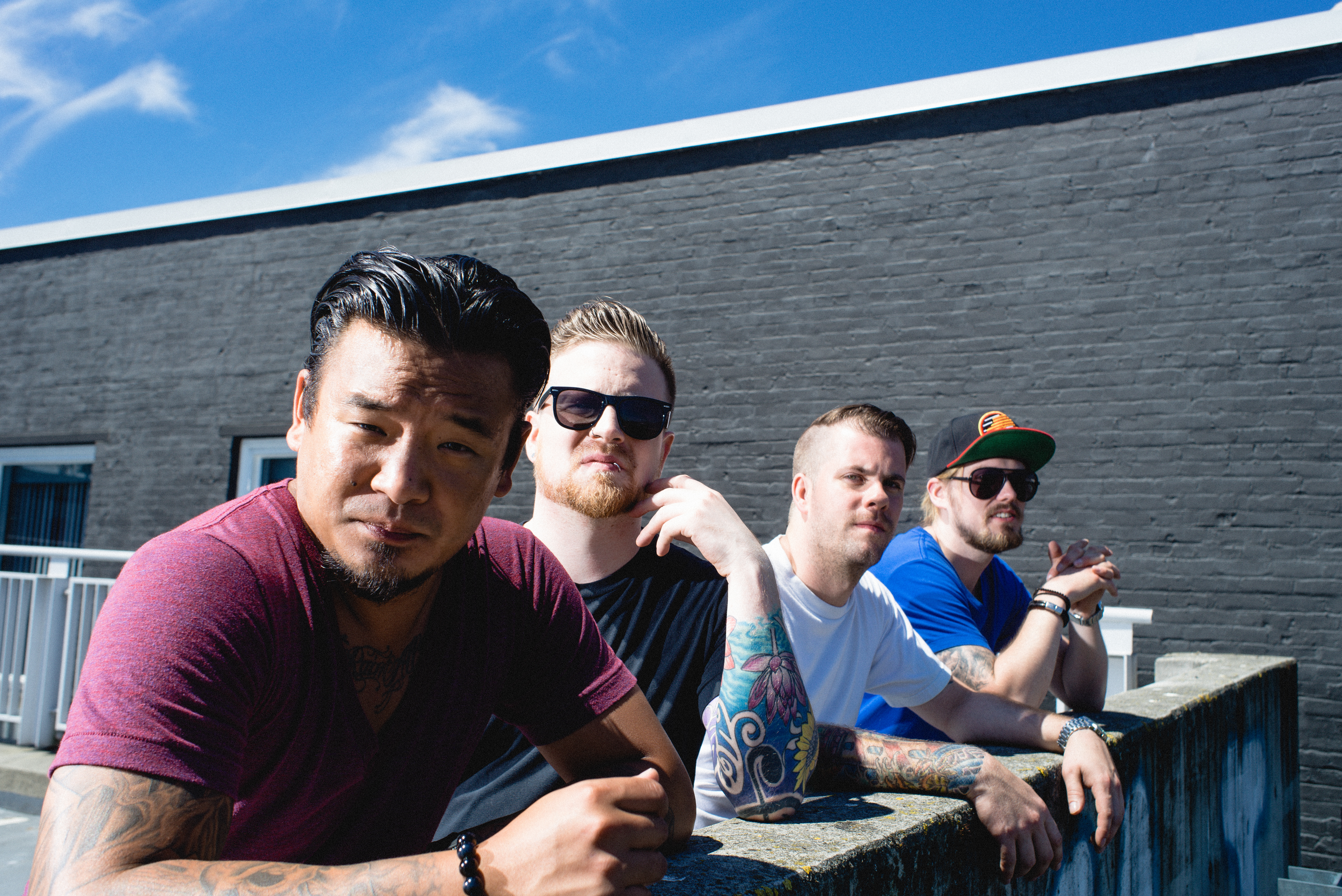 October 24 brought a treat to progressive metal enthusiasts. The Harbour City Theatre in Nanaimo hosted a concert featuring Vancouver-based formation Quartered and Nanaimo’s own The Body Politic. Both bands are going on tour together to support their new releases. The Body Politic released their EP Egressor on September 16 and  Quartered  release their new album Eyes and Ears on October 7.

The Body Politic have maintained a high rank on Nanaimo’s music scene. Taking their name from a Clive Barker short story and shifting gears from jazz (which most of the members studied at VIU) to progressive metal, the band combines poly-metric grooves, aggressive screams, and soaring vocal melodies to push the boundaries of modern metal music with technically impressive musicianship to follow up their 2011 debut album All Too Human (also available for free download online). Their emotionally charged songs incorporate an element of playfulness that has lead The Body Politic to stand out in a vast metal crowd and perform opening slots for Tesseract, Protest The Hero, Scale the Summit, plus multiple Western Canadian tours with their evolution.

Vancouver progressive metal band Quartered’s moniker has certainly given itself meaning over the years, thanks to a group of high school friends fusing their influences into one cohesive sound and the flip of a coin to help choose between band names.

Inspired by bands like Deftones, Tool, and Thrice from early on, Quartered’s focus has always been on conveying moody emotion and mixing heavy grooves, experimental riffs, and hook-laden bridges to paint a picture with lyrics that tell a story while keeping one major goal in mind: longevity.

Following multiple Canadian and international tours, one of which saw them playing with Lamb of God and Testament at the 2010 Pulp Summer Slam festival (held in Manila, Philippines) and two full-length albums, The Falls of Autumn and Walks Like a Ghost, produced by Ben Kaplan (worked on projects with Mudvayne, Chevelle, Alexisonfire, and Rise Against), Quartered is ready to unleash their third record, Eyes and Ears, on October 7.

Heavily influenced by “memories and how senses play a big part in connecting and helping us remember parts of our lives,” the title Eyes and Ears was chosen because “you can’t un-see the things you’ve witnessed, and hearing is such a powerful way to trigger memories,” explains vocalist Greggor Williams.