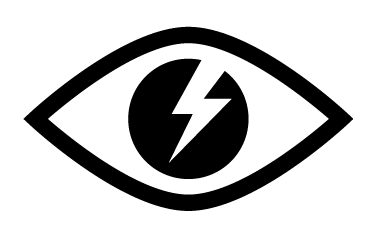 Poetry matters. It gives voice to certain intimacy and connections that would otherwise be lost. When I read a poem that resonates I feel like I have found a long lost friend. It is akin to that feeling you get when you run into someone you’ve shared a deep connection with, and after only a few minutes you feel like no time has passed.

This is how I felt reading Phillip Levine’s poem, “The Simple Truth.” He uses poetry to bring deeper meaning to everyday items:

“some things / you know all your life. They are so simple and true / they must be said without elegance, meter and rhyme, / they must be laid on the table beside the salt shaker, / the glass of water, the absence of light gathering / in the shadows of picture frames…”

My favourite poems lay plain the truths in everyday encounters that, on the surface, appear inconsequential, and yet poetry reveals their deeper meanings and enhance our understanding of humanity. In Levine’s “The Poem of Chalk,” a chance meeting with a street artist provides insight into how a simple object like a stick of chalk traces the history of love and loss: “not only / of this particular piece but also / the chalk with which I wrote / my name the day they welcomed / me back to school after the death / of my father.”

It is so interesting how art and life collides, how something as simple as a piece of chalk can force a person back in time, bringing buried memories to the surface. In Ken Babstock’s poem, “Stencil Artist,” he uses the simplicity of a stencil to describe a much more complicated loss of love: “Steady brown hand on a Stanley knife, / she cut me -expertly- out of her life; the life / I see now I’d been / filling in.”

By using the concrete example of a stencil to create a metaphorical image, Babstock is able to make his point much more poignantly. Poetry affords him a means to express the depths of his loss.

In Levine’s poem, “Getting There,” the story of a car breakdown becomes a portrait of a father’s relationship with his son as they journey through life together.

“To be lost / in the center of America, to be taken in / by a stranger whose needs go unannounced, / to sleep beside your father, what can / it mean at six? He would grow to manhood, / leave home, risk the continent again / in far worse cars…”

As I read this scene, it is not Levine and his son on the side of the road, it is the time I took my son hiking up a steep, hilly trail, stopping along the way to take his picture, and leaving my keys on a rock we had to climb back up to retrieve. It is the people and experiences we met along the way. When Levine writes about his son growing to manhood, leaving home and risking the continent, I am picturing the metaphorical roadside breakdowns in the life of my own adult son. Through poetry I find a point of connection.

In Michael Ondaatje’s poem, “Bear Hug,” I am returned to all the years of my son’s childhood when it felt like our years as a family would go on forever. “How long was he standing there like that before I came?” Ondaatje asked, regretting the time he spent stalling his son’s goodnight hug. Analyzing this poem next to Levine’s “Getting There” speaks to the journey through parenting and the slow understanding of how precious our children are when they are young enough to call out for a hug, “standing arms outstretched / waiting for a bear hug. Grinning.” It is refreshing to read fathers’ writing about their sons with this kind of sentimental affection: “the thin tough body under the pyjamas / locks to me like a magnet of blood.”

I love Ondaatje’s advice in the poem “To a Sad Daughter.” “Want everything. If you break, / break going out not in. / How you live your life I don’t care / but I’ll sell my arms for you, / hold your secrets forever…”

Roo Borson says, “Poetry is what occurs between the words and above the words. Poetry is the thing that happens inside a person…what happens to a person in the presence of poetry.”

Perhaps it is presumptuous of me to say so, but I believe that people who say they do not like poetry are simply unwilling to read that space between and above the words. Borson’s writing forces you to read the words unspoken. In a scene from “Autumn Record,” she writes of barren trees on a Sunday morning, the leaves swept away. The scene would be eerily quiet, “but an empty phone- / box outside the Mobil station keeps ringing and ringing.”

She does not attempt to explain the ringing, leaving the question of who and why for the reader to visualize alongside the image of a barren landscape. For me, it is imagery like this that demonstrates the importance of poetry to describe a scene as more than a scene.

I loved the first two pages of Borson’s “Summer Grass.” “The magpie recites Scriabin in early morning as a mating song /… Venus rising in the early / evening beside the Travel Lodge…little girls lean continuously across a rusted / sign that says Don’t Feed The Swans / and feed the swans,”—the ordinary and the sublime juxtaposed against each other. This poem is a collage of separate but connected images that demonstrate poetry in everyday life.

What really touched me in Borson’s book is “A Bit of History,” description of an encounter with a young girl attempting suicide on an old railway bridge, despondent over the cruelty of so-called friends that had taunted her. “Why did their friendship take precedence over that of the loyal little girl who stood by her?” Borson asks.

There is so much more in this question. Why does one person choose life while another chooses death? How do we honour those we have loved and lost? Borson writes about a plaque along the trail that commemorates the life of another young person who fell from the same bridge. Poems and plastic flowers marked the loss so he would not be forgotten. Though Borson acknowledges poetry as a means of communication that people turn to “when they feel they have something truly important to communicate,” she states that the family should take the poems and flowers down, “try speaking to him in their hearts instead of poems meant to be seen in public. Maybe in that way they might honour the living and save deathfor the dead.”

I disagree with Borson. The plastic flowers and words don’t just provide a means to communicate with the lost son. Poetry is a venue to communicate some of the deepest truths in a way that might connect with another individual. The poems and flowers are at the site to say to anyone who walks past, “This ground is sacred,” to say, “Hear my heart cry in the desperation and longing of grief.” It is a way to share that place where, as Borson says, “longing is the wind that blows through you, / and like the pine that is nowhere / you do not move.”

This longing is evident in VIU instructor Robert Hilles’ poetry. In his poem, “With the Heater On,” a young boy struggles with the loss of his pets, scooping out a small grave, the skull so brittle he feared it would shatter in his hands. There is such a poignant sense of loss in these lines, and the fact that his father waits comfortably in the car demonstrates the deeper loss alluded to in the opening line, “Certain sounds go unheard forever.”

The poetry of Katherena Vermette, VIU’s 2014 Distinguished Gustafson Poetry Chair, is filled with loss and longing. She received the 2013 Governor General’s Literary Award for Poetry for North End Love Songs, a tribute to her experience growing up in Winnipeg’s north end, a landscape wrought with memories including her brother’s tragic death. In her poem, “Mixed Tape,” she paints a poignant picture of grief as, “her mother moves / wide and slow / almost imperceptible / limbs floating / as if in water.”

None of these powerful recollections could be visualized with such impact without poetry as a means to express the simple truths, the understanding that on this earth relationships are both complicated and beautiful. When Borson writes, “Wherever there is summer, wherever the crickets sing to it, that place is,” that place is poetry.