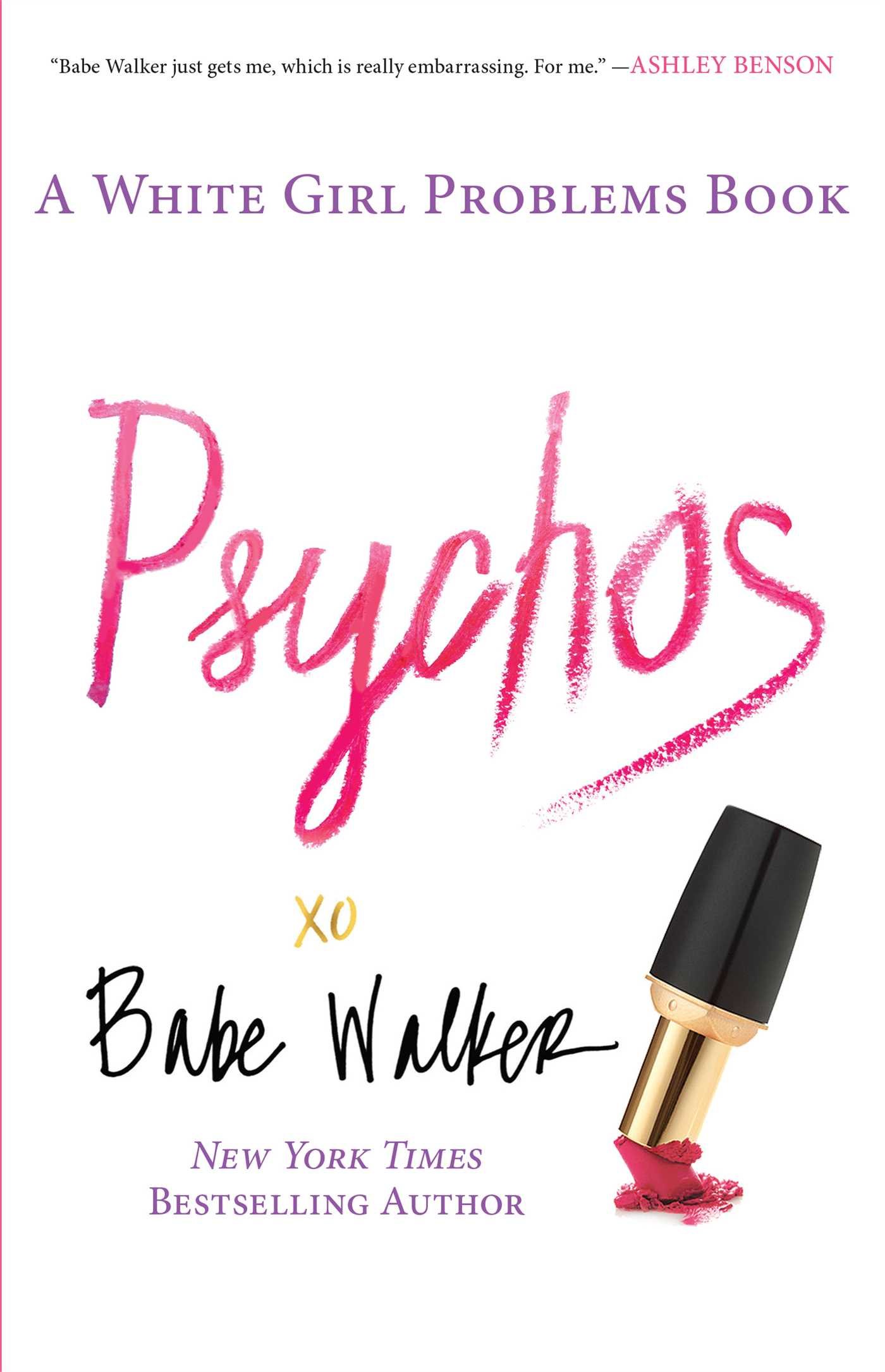 Babe Walker is on a mission to find zen, or at least a version of zen that fits her definition. The only problem is that she is a narcissistic socialite with too much free time on her hands. And she complains about everything. Not very zen.

Psychos is New York Times bestselling author Babe Walker’s hysterical follow up to her debut White Girl Problems. Babe Walker also happens to be the name of the main character of the novel who we’re introduced to as a ridiculous, pretentious, and incredibly hilarious young socialite.

Babe Walker is also the pseudonym chosen by Tanner Cohen, David Cohen, and Lara Schoenhals whose Twitter account, “White Girl Problems,” quickly gained success and generated the material for these two books. “It’s a culmination of this moment in pop culture that celebrates women who have a lot of money, a lot of shit to bitch about, but no real reason to be unhappy,” Schoenhals told The Daily Beast in July 2012.

Written primarily for young women, this faux memoir is the perfect length to keep you interested and laughing  without becoming bored. It’s written informally in the first person point of view. However, it isn’t for the faint of heart; if you’re offended by crude language and sexual topics then this isn’t for you.

This is the kind of novel that you hate to love, centred around a self-absorbed, rich girl from LA. Some of the situations become almost too ridiculous and may turn off some readers, but if you can grasp the humour in the storyline it truly is a hilarious read.

At the end of White Girl Problems, Babe has hit an ultimate low after spending nearly a quarter of a million dollars at Barney’s department store. She admits herself to Cirque Lodge, a rehab facility, hoping to change her way of life. Psychos picks up the story as Babe is released from rehab. Her best friends throw her a “Welcome out of rehab” party, and everything spirals downhill from there. Babe’s alter ego, Babette, pops up throughout the book, fogging her ability to think rationally. This creates many ridiculous plot twists that are disturbingly hilarious and leave you eager to read more.

Shortly after returning home from rehab, Babe starts receiving stalker messages written in black lipstick on various items in her room. Upset and troubled by this, she decides to take a trip to Europe to escape.

On her travels, Babe attempts to hide from her stalker and finds romance with strange men. One lover steals all of her money and belongings—not a problem because her father quickly wires her a large sum of money. Unfortunately, the lipstick stalker seems to follow her each place she stays. And so it goes on.

This novel was fun, comical, and easy to read. It would be the perfect book to read on a beach with a margarita in hand. You can also follow Babe’s adventures online.