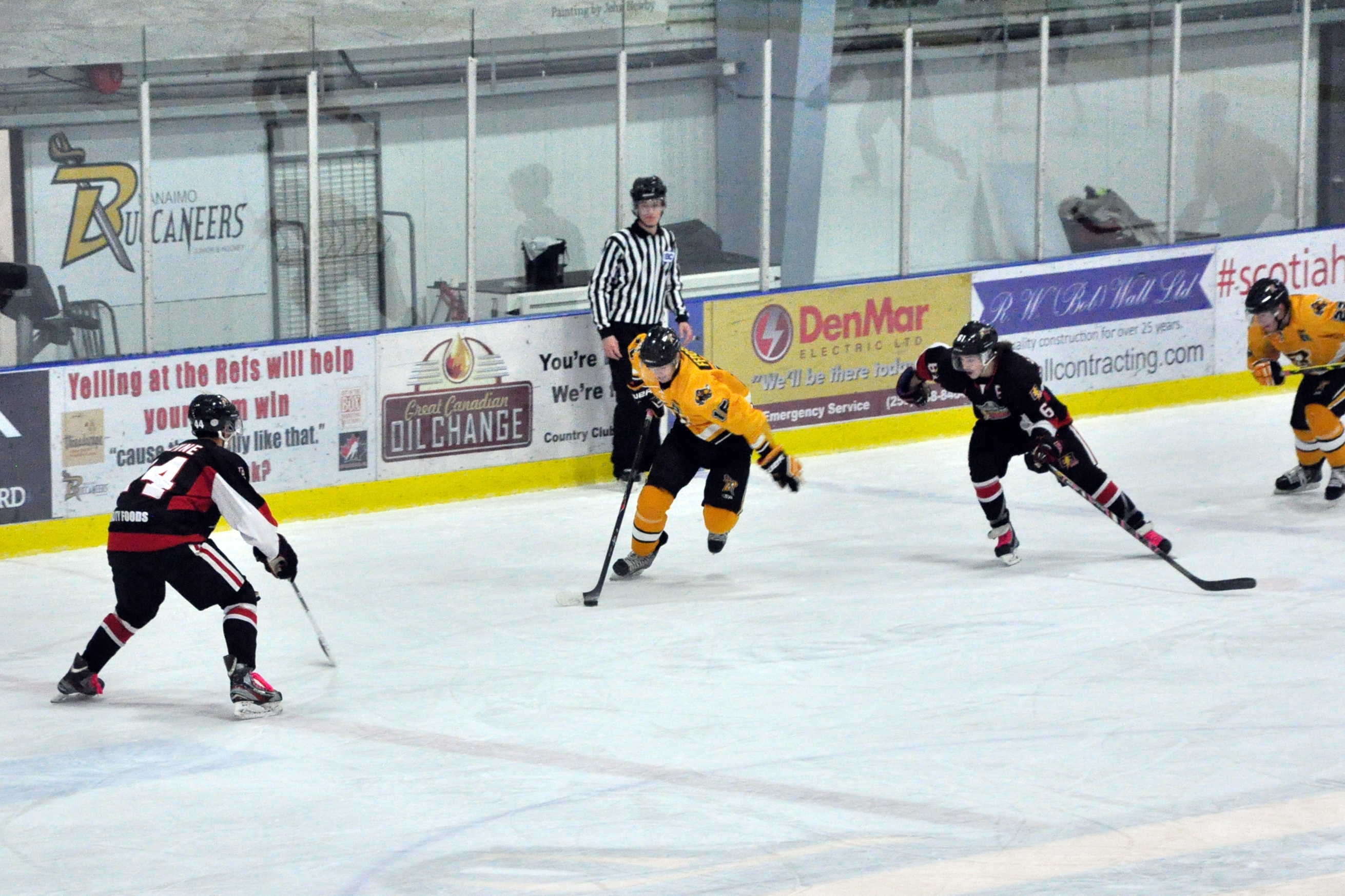 The Nanaimo Buccaneers have sat in second place in the VIJHL’s North Division for most of the season. Nanaimo has even been in first for short stretches of the season. But the Buccaneers are still unable to solve their biggest rival, the Campbell River Storm.

On Thursday, October 30, the two teams met at the Nanaimo Ice Centre. The Buccaneers opened the scoring on a goal by Jordan Levesque to take an early 1-0 lead. But the Storm responded before the period ended. Kobe Oishi, Connor Logan, and Joe Gage all found the back of the net before the end of the first period, giving the Storm a 3-1 lead after the first period.

Early in the second period, Gage Colpron expanded the Campbell River lead to 4-1. But less than two minutes after Colpron’s goal, the Buccaneers mounted a comeback. Both Carter Turnbell and Chad Bell scored for the Buccaneers early in the second to cut the Campbell River lead to 4-3. The Buccaneers had some chances to tie the game before the end of the period, including a power play, but couldn’t find the back of the net. The second period ended with the Storm still leading 4-3.
Nathan Brown and Jordan Levesque traded goals in the third period, but Nanaimo couldn’t tie the game. Campbell River picked up the 5-4 victory and is 4-0 against Nanaimo on the season.

A week earlier, the Buccaneers picked up a 4-2 victory over their closest geographical rivals, the Oceanside Generals. Nanaimo led 2-0 after the first period and never allowed Oceanside to mount a comeback. The Buccaneers’ victory over the Generals was Nanaimo’s 11th straight win over Oceanside dating back to last season.
The Buccaneers’ next home game is Thursday, November 6, when the Buccaneers take on the visiting Peninsula Panthers. Puck drop is at 7:15 pm. Tickets are only $8 for students and are available at the door.