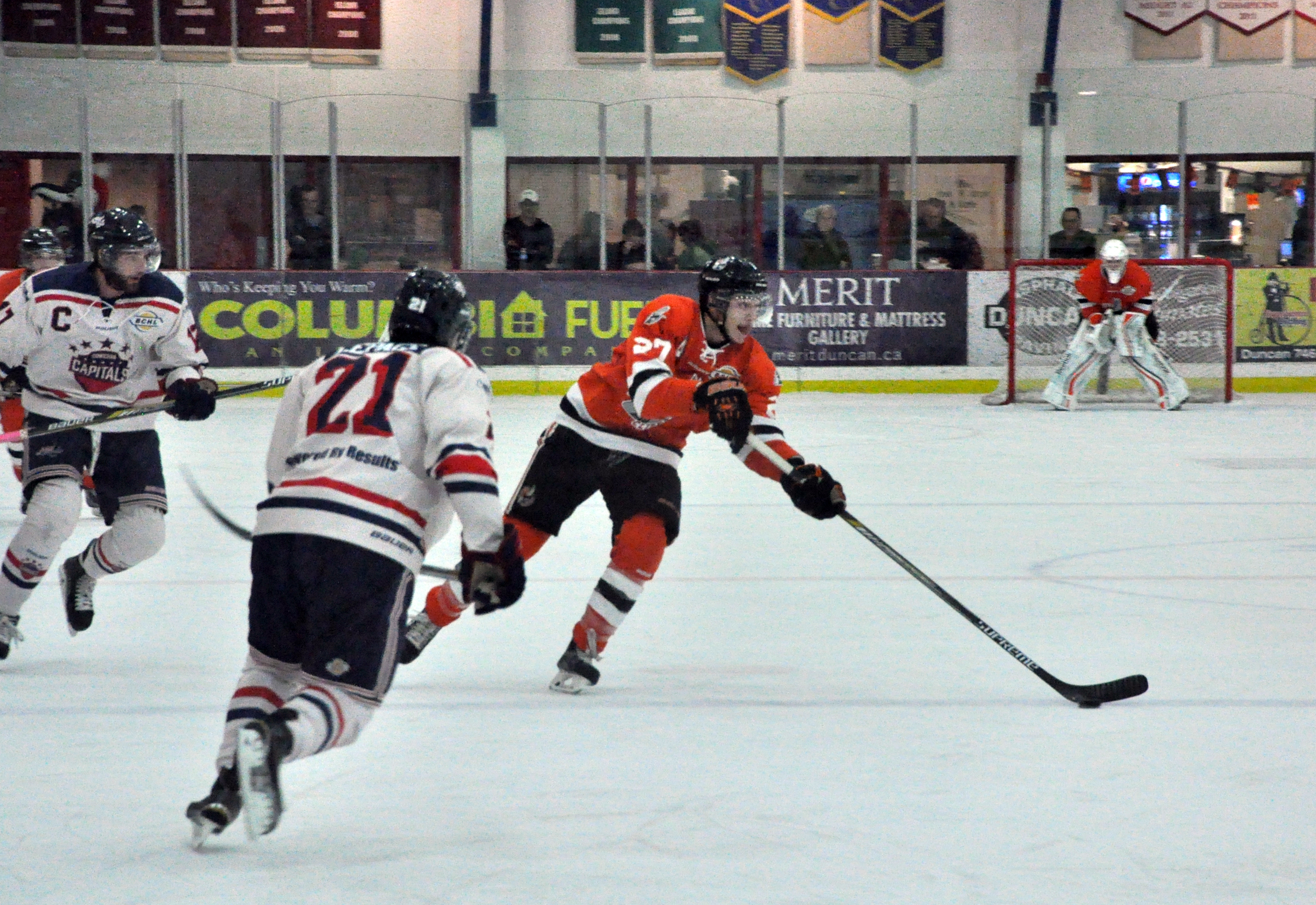 Early in the BCHL season, the Nanaimo Clippers have had no trouble scoring goals. The team entered a two-game road series against Powell River Kings with 76 goals in 16 games, the most in the BCHL. But the Clippers’, normally high-flying offense was silent on October 31 and November 1 against the Kings.

In the first game of the weekend, between the two teams, it was the Kings who opened the scoring. A goal by Nic Gomerich six minutes into the game gave Powell River the early 1-0 lead.

The score stayed 1-0 until the second period when the Clippers tied the game. It was a power play goal by Sheldon Rhemple, his 14th of the season, that tied the score at 1-1. But Stephen Hiff gave the Kings back their lead five minutes later, making the score 2-1.

Nanaimo had countless chances to tie the game, including a power play midway through the third period. But Brett Magnus stood tall in goal for Powell River, stopping 37 of 38 shots. Brett Lashuck added an empty net goal for the Kings, who picked up the 3-1 win.

The two teams met again the next night with a very similar result. This time it was Jeremy Leclerc who opened the scoring, giving Powell River a 1-0 lead midway through the first period.

The score stayed 1-0 until late in the second period when the Kings added to their lead. This time it was Austin Kamer scoring, increasing the King’s lead to 2-0. The Kings did a great job defensively throughout the game, holding the normally high-flying Clippers offense to the outside for most of the game.

Late in the third period, Kings forward Curtis McCarrick rounded out the scoring. Powell River picked up the 3-0 win and the sweep of the two-game weekend series. The final shot count in the game favoured the Kings 37-29.

Despite the tough weekend, Nanaimo still sits in first place in the BCHL’s Island Division. Nanaimo’s 12-6 record gives them 24 points on the season, six more than second place Powell River. The two wins over Nanaimo improved Powell River’s record to 7-6-0-4.

The Clippers’ next two home games are big ones. On November 7, the Clippers face the rival Alberni Valley Bulldogs for the first time this season. The next night, the Clippers host the Penticton Vees, who are currently the second ranked team in all of Canada. Puck drop for both games is at 7 pm, and tickets are only $10 for VIU students and are available at the door.