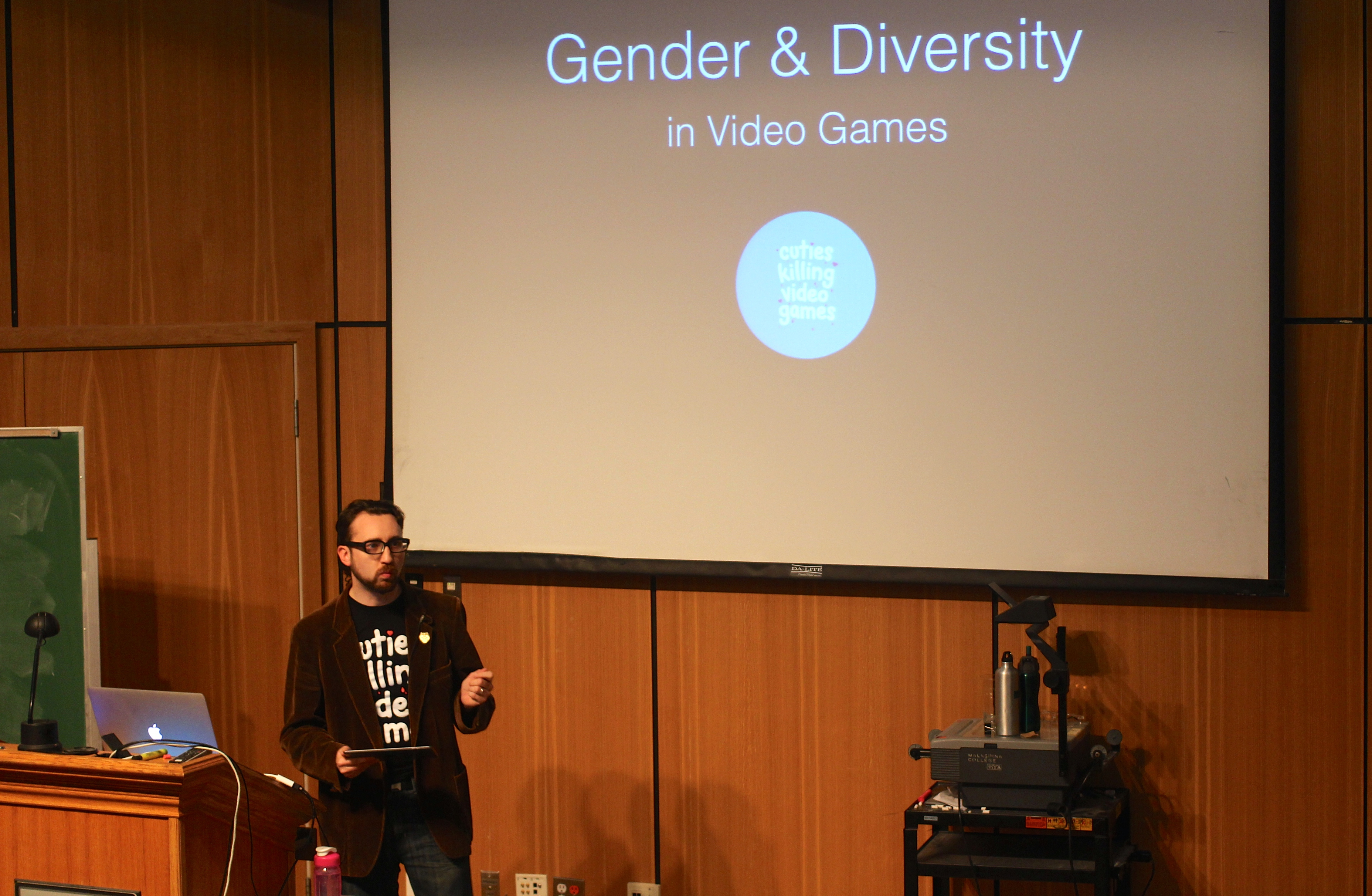 VIU Media Technologist Johnny Blakeborough delivered a presentation on gender roles in gaming and how women are treated in the industry, as well as the increasingly hostile “gamergate” to a packed auditorium.

Blakeborough was approached by VIU instructor Marni Stanley and asked to do the presentation. He said Stanley thought it would be a great topic to present for one of her classes.

“This is a very important issue to me,” said Blakeborough, “but I had never considered doing something like this.”

Preparing for the presentation was a lot of work. “I had to be on top of everything related to gamergate.”

Blakeborough’s presentation covered the history of women and computers. He started off with a little known fact: women were tasked with the job of programming the first computers.

Then he eased his way into what is now referred to as “gamergate,” covering the attacks aimed at female video game critics and programmers.

Gamergate is not something everyone is familiar with—it’s a “gamer culture” thing, said Blakeborough, but it is starting to make its way into more mainstream media.

“I found out about it mostly through social media,” said Blakeborough. “I was aware of some of the awful things that Zoe Quinn had been going through, but that wasn’t new. Women have had a hard time [in the gaming industry] for years.”

Blakeborough said a conversation with a co-worker had made him very angry when talking about a diatribe about the personal life of Zoe Quinn that was posted online by her ex-boyfriend.

There is a group of people who believe there are ethical issues that need to be dealt with when it comes to women in the gaming industry.

“There needs to be proper practices taking place, yes, but no one’s personal life should be put out there,” said Blakeborough.

“I am watching people’s lives being ruined,” he said. “There needs to be a conversation about this. This is such a large topic it is hard to sum up for people. So many people know so little about it.”

Blakeborough said the public is starting to understand the longstanding problems with gamer culture. There is a push to change the way women are portrayed in video games and the industry itself.

“The misogyny and sexism needs to change,” said Blakeborough.

It’s good that there is a large amount of attention coming to something people were not aware of, but unfortunately it will lead to a poor public opinion of video games, he said.

“I think this is going to lead to a better time for gamers, but it is going to be rocky for a while.”