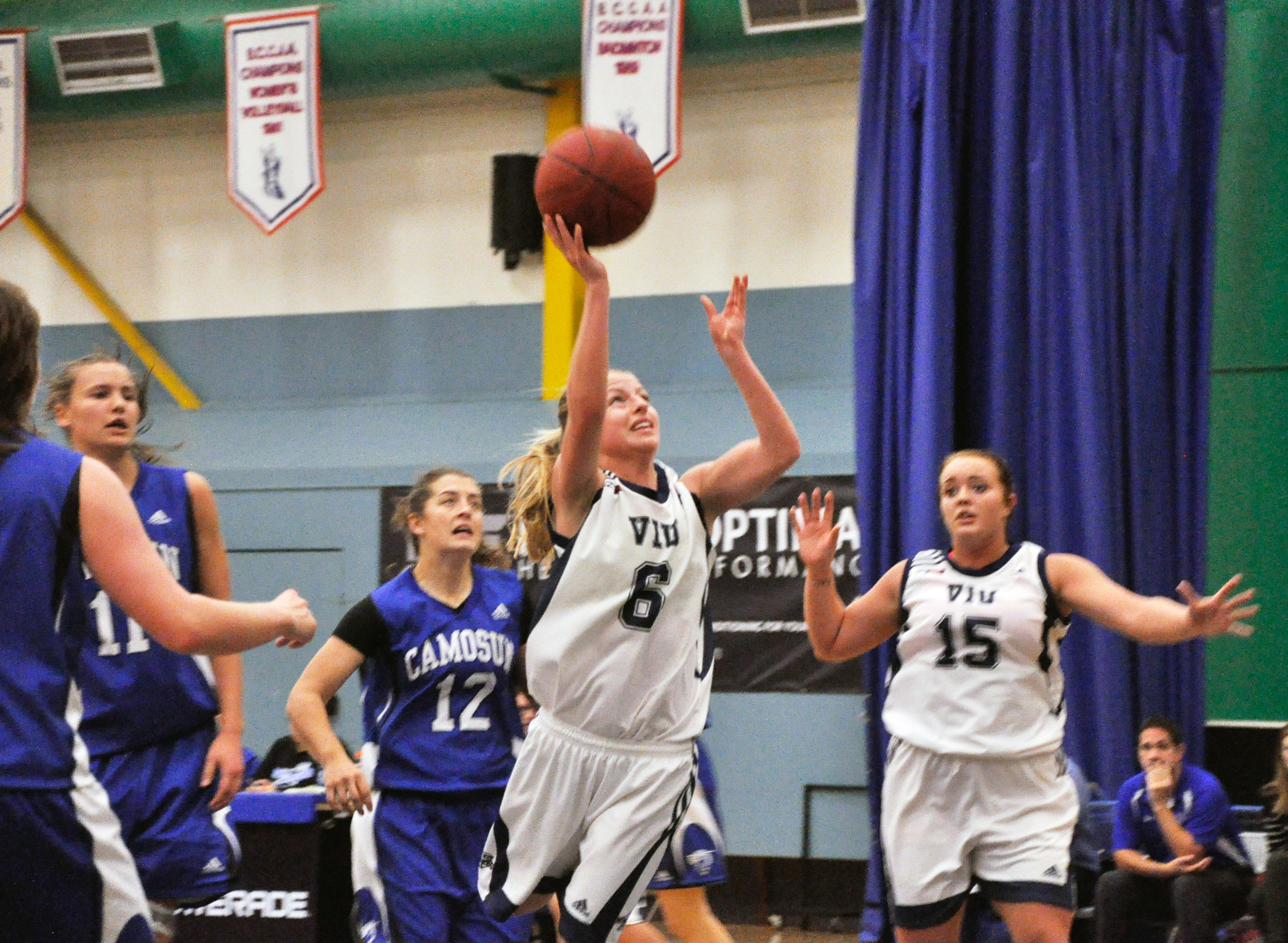 The Mariners got off to a hot start in front of their home fans and looked like they were going to run away with the game early. The Mariners opened up a 13-0 lead in the game’s opening minutes, and had a 20-9 lead at the end of the first quarter.

In the second quarter, the Chargers started to make a comeback, cutting into the VIU lead. With five minutes left in first half, the Chargers had cut the deficit to 21-15. Camosun continued their hot shooting in the second quarter, cutting the lead to 21-19 with three minutes to play in the half, but the Mariners finished strong in the first half, stretching their lead to 25-19 at the half.

The third quarter was back and forth, with the two teams never separated by more than three points. The fourth quarter started with the Mariners still in the lead by a score of 36-34. Camosun completed their comeback early in the fourth quarter, taking a 40-39 lead. With 6:30 left in the game, the two teams were tied 41-41. In the final three minutes of the game, the Chargers took the lead and held a 49-45 lead. But the Mariners caught first at the right time, scoring the last eight points of the game, taking the game by a final score of 53-49.

Returning to the Mariners are some key players from last year’s team, which finished the season with a record of 20-1, the best record in school history. Included in the returning class is fifth year Mariner Jenna Carver. Joining Carver are fourth year returnees Amanda Tapia and Jamie Mcfarlane.

The Mariners are on the road November 7 and 8, but the team returns home the following weekend with games against Quest University Friday, November 14 at 6 pm, and Capilano College Saturday, November 15 at 1 pm. For more information on the Mariners and their schedule, visit mariners.viu.ca.