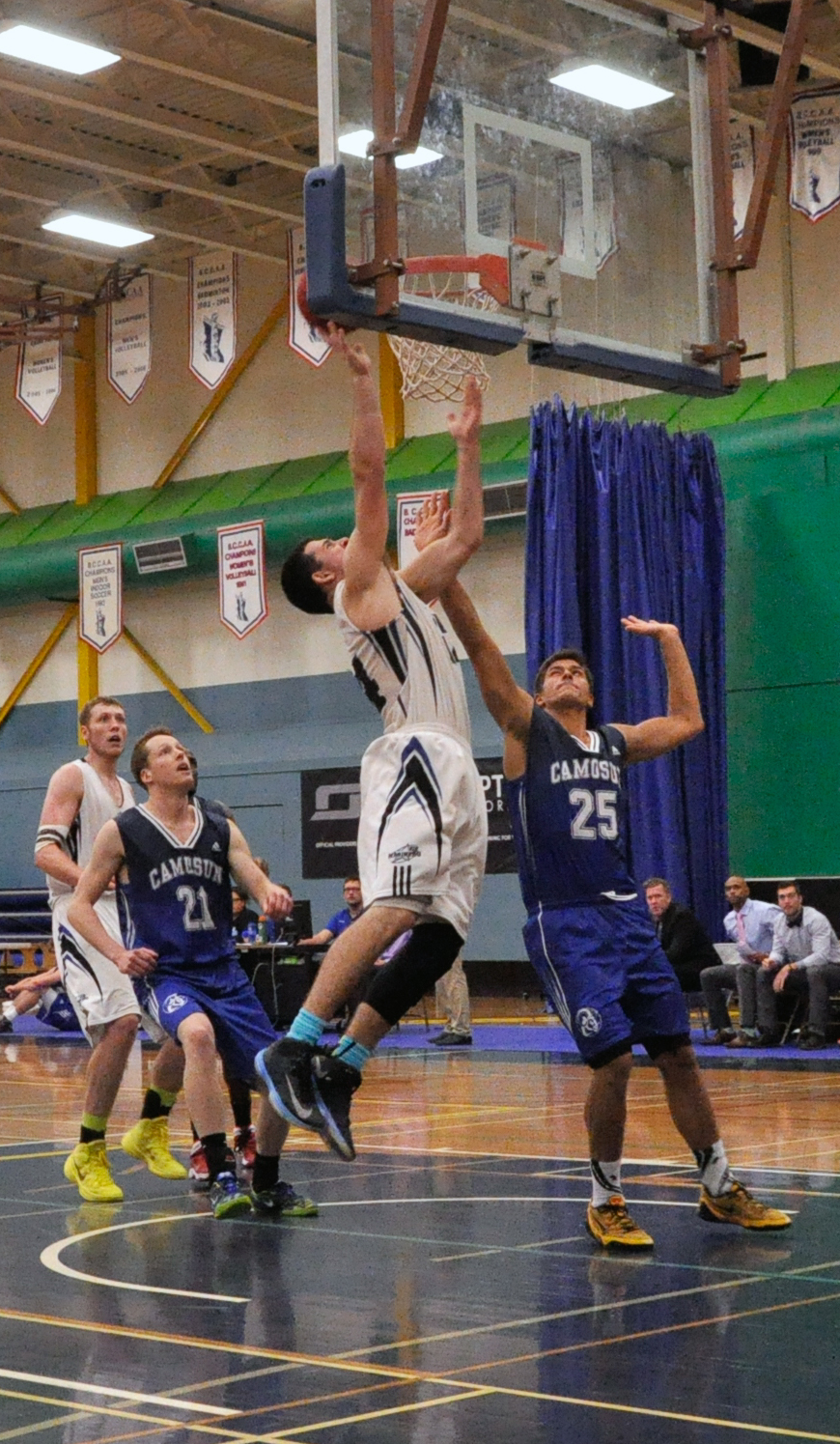 The Mariners’ men’s soccer team opened their season with a decisive victory over their Island rivals, the Camosun Chargers. The game was played Thursday, October 30 at the VIU gym.

The game started out close, with the Mariners taking the lead from the opening minute. VIU led after the first quarter, but it wasn’t until early in the second that they started to pull away. VIU opened up a 36-26 lead with three minutes left to play in the second. A 12-3 run by the Mariners late in the quarter gave VIU a 48-29 lead heading into halftime.

The Chargers tried to get back into the game early in the second half. Camosun scored the first 10 points of the half, cutting the Mariner lead to 48-39. But the Mariners responded before the quarter was over, increasing their lead to 16 by the end of the third, leading 63-47 heading into the fourth and final quarter.

Even with a big lead heading into the fourth, the Mariners still didn’t let up. Instead, they continued to hammer away at the Charger’s defense, increasing their lead as the game’s final moments ticked down. When the game ended, the Mariners were victorious by a final score of 84-61.

This year’s Mariners team features some key returnees from last year’s team, which finished second in the PacWest with a record of 15-6, eventually losing to the top seeded Langara Falcons in the provincial final. Jerod Dorby, who was named a member of the PacWest all-rookie team last season, returns for the Mariners this season. Dorby is joined by local products Harrison Stupich and Jason Fortin.

For more information on the Mariners, visit mariners.viu.ca.