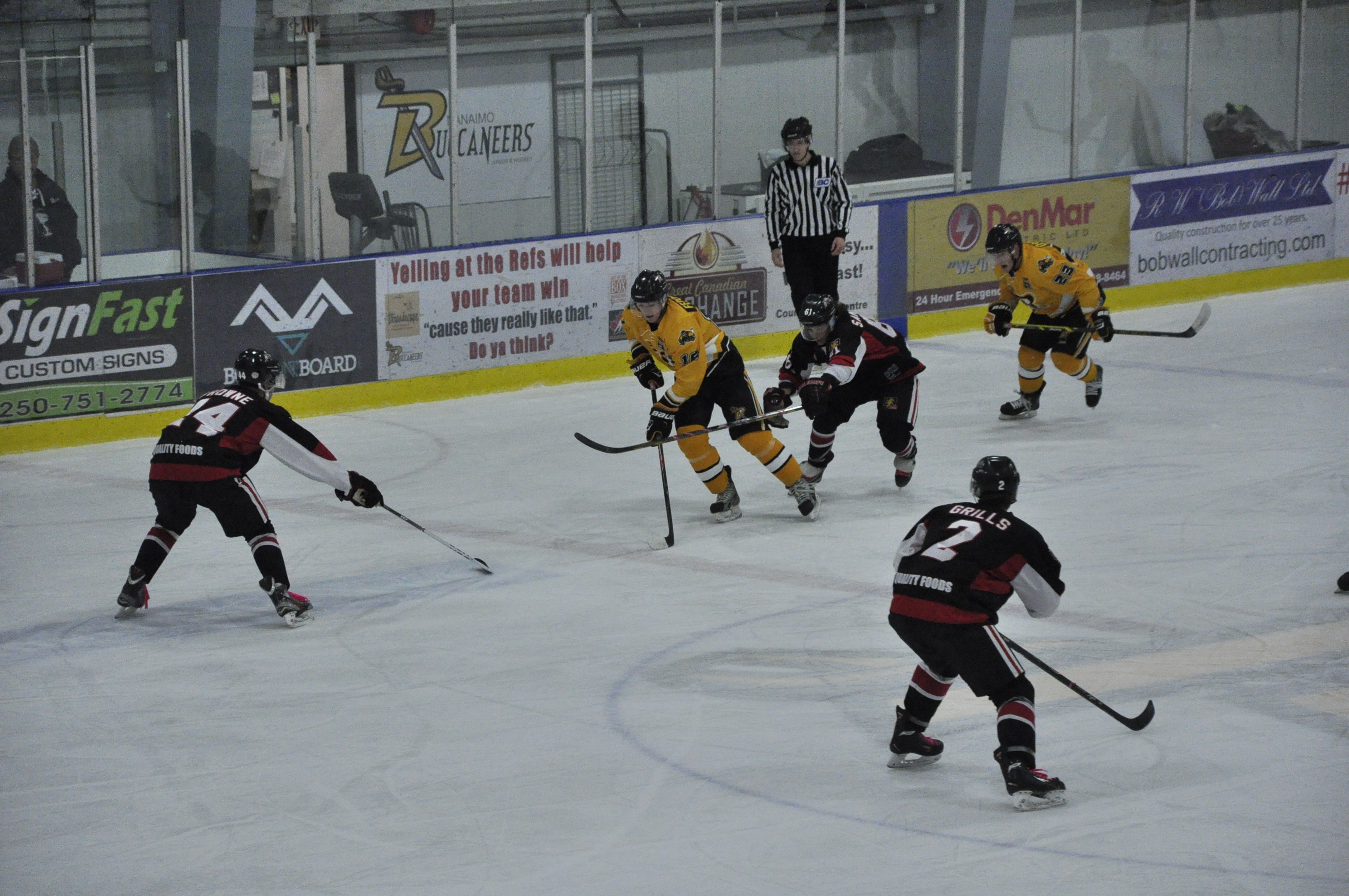 The Nanaimo Buccaneers have made a couple big trades in order to secure the team’s position in the VIJHL’s North Division.

The Buccaneers acquired forward Dalton Dubetz from the Creston Thunder Cats and defenseman Wyatt Meiers from the Oceanside Generals. Both players were acquired in exchange for future considerations.

The Buccaneers are hoping that Meiers can play a big part of the back end this season, as the team lost star defenseman Jake Calverley to the Battleford Northstars of the Saskatchewan JR Hockey League.

On the ice, the Buccaneer’s compiled a 2-3 record in five games these last two weeks. The team picked up 5-1 and 8-2 victories over the Peninsula Panthers and Oceanside Generals. Nanaimo also suffered 4-2, 7-4, and 5-1 losses at the hands of the Generals, Westshore Wolves, and Campbell River Storm respectively.

The Buccaneer’s 5-1 loss at the hands of the Campbell River Storm marked the fifth time this season that the two teams have played each other. The Storm has been victorious in all five games so far this season.

The Buccaneers currently sit third in the four-team North Division. Nanaimo is only one point behind second place Comox Valley Glacier Kings. Nanaimo has also played one less game than Comox Valley.

Nanaimo’s next game is Thursday, November 20, against the Westshore Wolves. Puck drops at 7:15 pm. Tickets are $8 and available at the door.