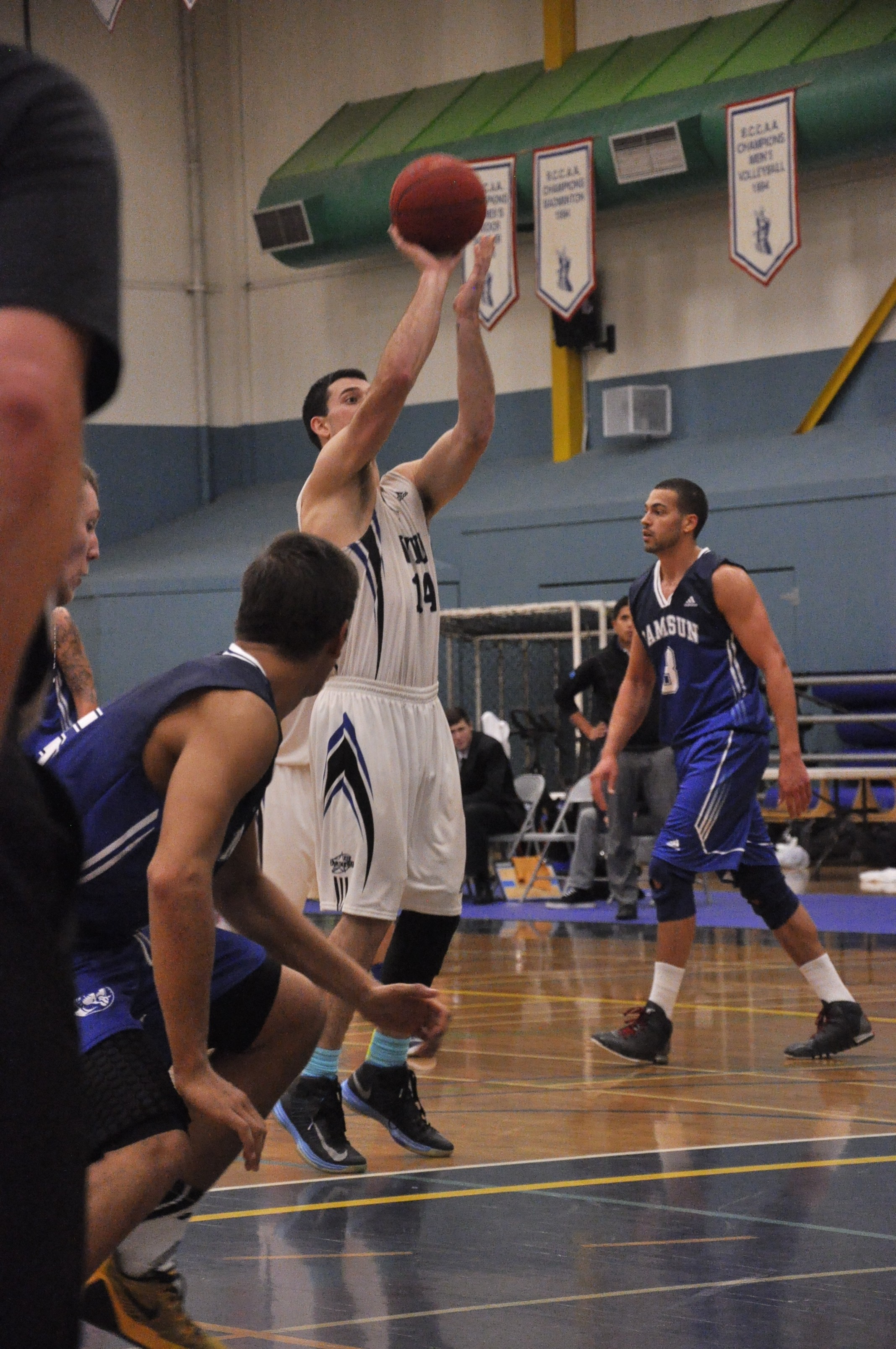 It’s early in the PacWest basketball season, but the VIU Mariners are proving that they are a team to be reckoned with. The Mariners picked up two big victories November 14 and 15 at the VIU gym.

On Friday, November 14, the Mariners took on the visiting Quest Kermodes. The game was a battle of the top two teams in the league as both sides came into the contest undefeated. The Mariners came out strong in front of the home crowd and took a 26-15 lead after the first quarter. VIU continued their strong play in the second quarter, stretching their lead to 13 points at halftime.

Quest came out strong in the second half, cutting into the Mariner lead and staying within striking distance of the lead. The Kermodes cut the Mariner lead to just two points in the fourth quarter, but the Mariners stayed composed, picking up the 84-77 victory. With the victory, the Mariners became the only unbeaten team in the PacWest with a record of 4-0.

The Mariners didn’t have much time to celebrate the win, as the team was back on the court the next day against the visiting Capilano Blues. It was the Blues who got off to a hot start this game, taking a 12-5 lead with two minutes left to go in the quarter. But the Mariners started to warm up just as the first quarter came to a close, with the Blues leading 14-12.

VIU was able to carry over their momentum from the end of the first half as they took the game over. VIU held Capilano to just 12 points in the second quarter, while scoring 33 of their own, as the Mariners led 45-26 at halftime. VIU continued their domination in the second half, leading by 30 points in the fourth quarter. When the final buzzer sounded, the Mariners improved their record to 5-0 on the season with a convincing 91-62 victory.

The Mariners’ two victories over the weekend were made more impressive by the fact the team was shorthanded for much of the week. Mariners leading scorer Justin King was injured in the first quarter of the victory over Quest University and sat out the rest of the weekend.

The Mariners’ 5-0 record gives them ten points on the season, good for first place in the PacWest standings. VIU is currently two points ahead of Quest University who has a record of 4-1 on the season.

The Mariners only have two regular season games left before the Christmas break, both on the road. The Mariners face off against the Columbia Bible College Bearcats Friday, November 21. On Saturday, November 22, the team travels to Kwantlen University to take on the Eagles. The Mariners’ next regular season home game isn’t until Friday, January 23, when the Capilano Blues are in town. For more information on the Mariners and their schedule, visit mariners.viu.ca.