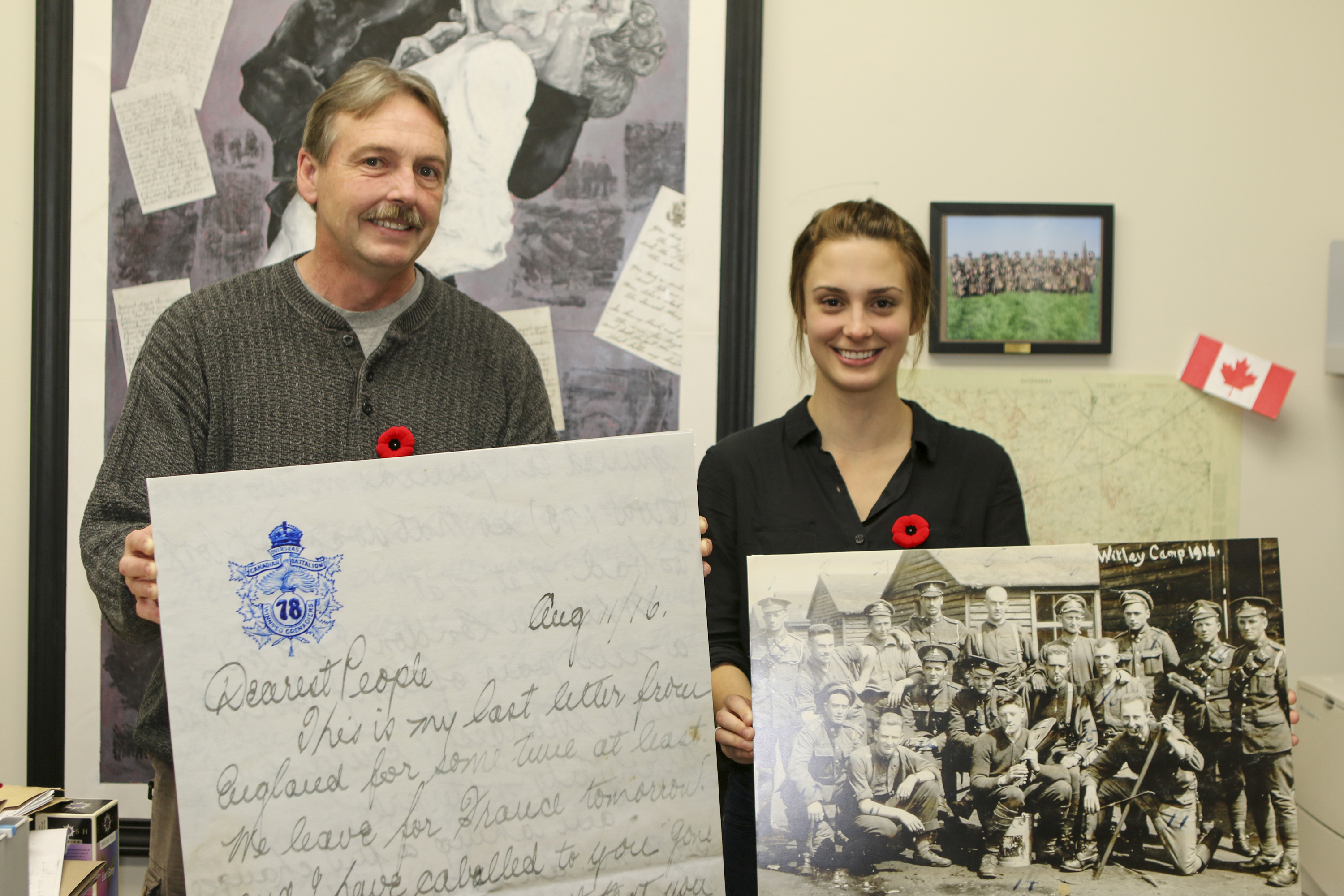 By contributor by Shari Bishop Bowes

Yellowed with age and hidden in the bottom of a drawer for more than 50 years, a bundle of 43 let- ters, tied with a ribbon, depicts a World War I love story that began in Stratford, Ontario. The story of Private W. Murray Dennis and his young love, Margaret Munro, was memorialized in a choral commission that premiered at the World War One Remembrance in Strat- ford on November 15.

Creating a new choral work to commemorate the 100th anniversary of the beginning of WWI was a goal for Toronto composer Chris Meyer, who has been working with the Stratford Symphony for four years.

Meyer enlisted the help of his wife, a historian at the University of Toronto. In her online search for a WWI story with a Stratford connection, she discovered the story of Private Dennis in the Canadian Letters and Images Project (CLIP), a rich online archive of the Canadian war experience held and maintained by students and faculty at Vancouver Island University (VIU). Since it was launched by History professor Dr. Stephen Davies in 2000, the project has grown to include more than 18 thousand digitized letters, thou- sands of photos, and an array of other related correspondence and printed material from various wars in Canadian history.

The story of W. Murray Dennis memorialized in Meyer’s oratorio—Our Murray—is made up of scores taken entirely from the let- ters exchanged by Murray and his fiancée, Margaret Munro, as well as letters of condolence from Munro’s family after his death during the Battle of Amiens in August 1918. “The Canadian Letters and Imag- es Project is a treasure trove of war- time stories,” Meyer said. “I got in touch with Dr. Davies, and he was very happy with how these letters were to be used in this project.” Dr. Davies recalled Dennis’ story in particular. “The letters came to us in 2001 from Margaret’s son. She married about 1930 and when she died the family was cleaning out her place, and in her dresser, tied up with ribbon, were the let- ters from Murray,” Davies said. “Her later family knew nothing about him—she had never spo- ken about him—but they were the letters of what was very likely her first love. Her family was so moved by that, that they have preserved them, even though they have no connection to him.” Unfortunately the CLIP project was unable to track down family on Dennis’ side. Meyer was excited about the premiere of Our Murray, the first major choral work in his music career. “I really love writing vocal music, and some of my favour- ites are the great orchestral choral masterworks.” The premier of Our Murray, an oratorio for baritone solo and male chorus, was performed by the Stratford Symphony Orchestra and the Canadian Men’s Chorus.

VIU’s Canadian Letters and Images Project continues to build a free, open resource through its acceptance of new materials for its collections. Letters submitted are digitized and archived, then returned to their owners. To learn more, visit CanadianLetters.com