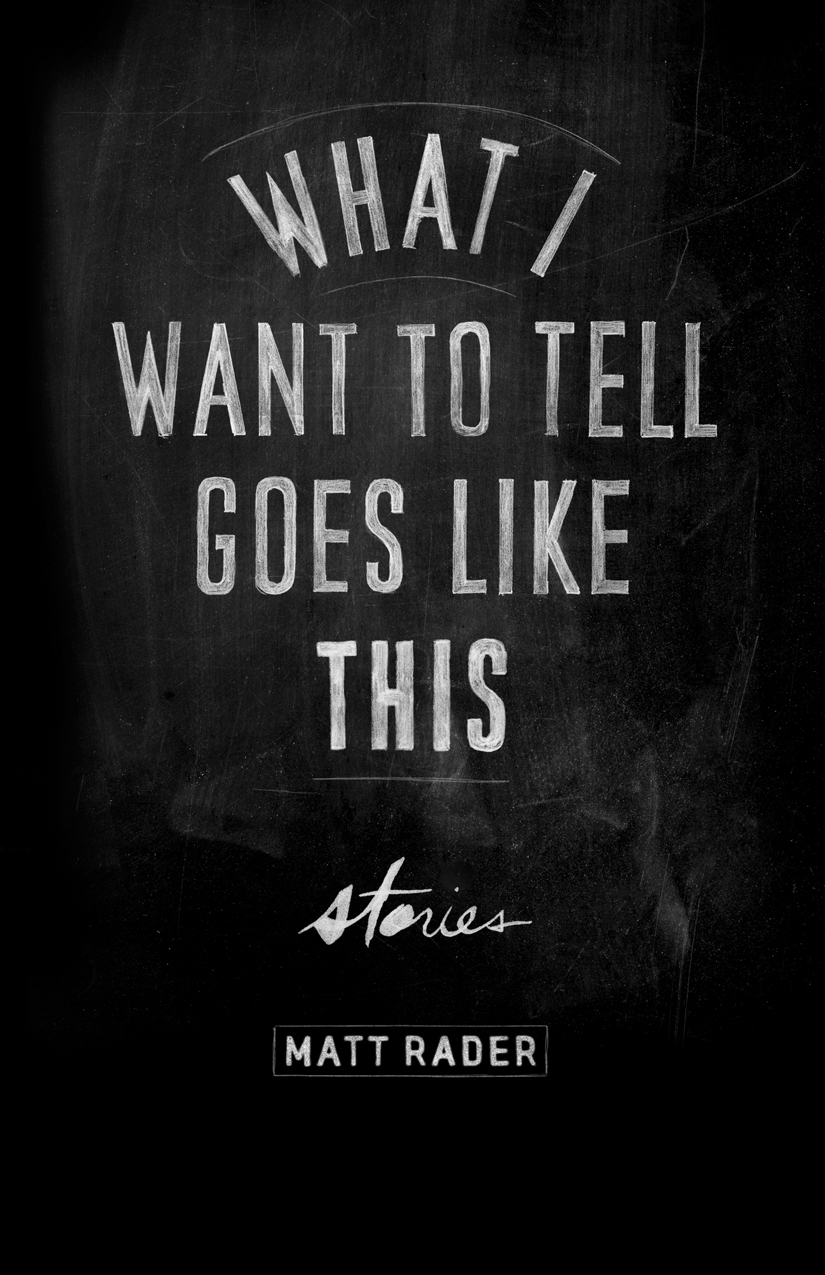 “The dead aren’t so different from us,” claims a writer in the well-placed, award-winning final story of this quirky and superbly crafted first collection from Vancouver Island writer Matt Rader. It’s a telling comment given that “All This Was a Long Time Ago” features a writer in conversation with James Joyce in the window of a BC Ferry.

Rader, who lives in Cumberland, BC and works in the Department of Creative Studies at the University of British Columbia’s Okanagan campus, is no stranger to the Canadian literary scene. He is the author of three books of poems, one of which (Miraculous Hours, Nightwood Editions, 2005) was a finalist for the Gerald Lampert Memorial Award. His poems, stories, and non-fiction have appeared in publications across North America, Australia, and Europe, and have been nominated for numerous awards, including the Journey Prize and Pushcart Prize.

The 15 stories in this collection share territory with many of the poems in A Doctor Pedalled Her Bicycle Over the River Arno (House of Anansi, 2011) as they explore unsettling private moments and the fluid relationship between past and present. All roads lead to central Vancouver Island, where contemporary stories of loyalty and betrayal, the hidden corners of a marriage, and the loss of self as an occupational hazard mingle with stories of labour unrest and the immi- grant experience in the early 1900s. Rader links the stories through outer and inner landscapes and an idiosyncratic handling of time that includes inserting himself into the story as a character and then poking fun at both himself and his craft. And it works.

His characters—union organizers, coal miners, immi- grants, trappers, old friends, truckers, and constables— inhabit the mountains, back roads, hair salons, coal mines, parlours, and pubs of the Comox Valley. The landscapes are as moody and violent as the characters. “Wejack” opens with an 18-year-old trapper evading the draft, and then moves toward an eerily similar, but more contemporary scene: “Daylight was coming apart when Beth disappeared down the street, stashing itself in the foliage, slashing rooftops, going red.”

Rader monkeys with time, perspective, and narrative stance. His delivery employs the economic language and blunt syntax of Seamus Heaney and the happy shock of Larry Levis (he credits both as influences). Rader unsettles us with the ordinary, employing unreliable narrators and stories within stories.

In “The Selected Kid Curry,” Rader begins at the end and ends at the beginning, includes a dream within a dream, and then adds, “This changes nothing.” The reader trots along with an omniscient narrator and then Rader throws in the fact that he is telling a story, and that the subjects of that story would see it differently: “He feels heavier but he would not use this word.”

Consider yourself forewarned: the title of this collection hints both at deadpan humour (the black cover is no accident) and the many composites of a single story. “The Children of the Great Strike, Vancouver Island 1912-14,” is the one weak link, perhaps because it attempts too much and there are times the historical document takes precedence over the story (it was part of a community storytelling event in Rader’s hometown). But even here, Rader yanks us back thematically. When Ora, an Italian immigrant, discovers her mother’s tabouret in the home of her fiancé, “She was surprised at how immediately the details of that object connected to the object of her memory and she had the image of two shapes crashing through time to be reunited as a whole thing…”

What I Want to Tell Goes Like This delivers dynamic storytelling with a twist. And if, like James Joyce, “The story he wanted to write would take several years to fully arrive,” Matt Rader is one to watch—and read—now.