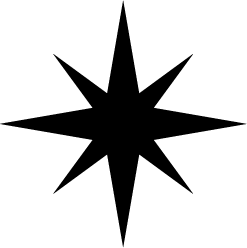 At some point during my run at the Nav, this was going to have to be said. For the past couple years, I’ve been fortunate enough to only be in healthy, happy relationships. But before that, I remember talking with a friend and mentioning how I’d never been two-timed before, and I guess I forgot to knock on wood, because it happened shortly after that conversation.

I never used to be, but I’m sensitive to the topic now. I can sympathize fully with girlfriends who need a shoulder to cry on because they can’t believe they were “so stupid not to know” or that they were left “for some (insert any synonym for sexually active girl here).”

Of course, it’s absolutely ridiculous to blame your partner’s unfaithfulness on anything other than their own actions, and in the past I’ve half-heartedly agreed with girlfriends about how the girl had been flirting with him for weeks, etc. But it’s wrong, and it encourages the very backwards idea that men can’t be held accountable for their sexual actions, which is bullshit.

The next phase after blaming your cheating lover’s partner in crime is actually the step that I personally started on after I discovered my then-boyfriend had been unfaithful. Self- blame seems to be forcefully engrained in women—why is it our first reaction to the misdeeds committed by another? Maybe it’s just the easy response for a problem solver. If I peg the problem on myself, then I can also solve it. After all, it’s arguably a lot easier to try and fix a problem within yourself than to change someone else. Blaming yourself for being cheated on, believing that it was your fault isn’t only misguided, but detrimentally inhibits the healing process. And this notion is sickly commonplace: if you were satis- fying your partner, he or she wouldn’t have cheated. Well guess what? It takes two to make a relationship successful. Chances are, if one person isn’t happy, the other probably isn’t either, but the faithful counterpart has better morals. And guess what? If the problem isn’t bad enough to break up over, it’s probably worth working out. Considerate and self-adjusted people recognize this, and instead of cheating, they simply call it quits and pursue a relationship they believe is better suited for them. They don’t play the cheating game. And it’s important to note that cheating is a game: cheaters get a twisted but unparalleled thrill from the amorous game of cat and mouse. And let’s not forget that some people coo for quantity over quality; if I have two lovers at the same time, surely it’s more of an achievement than having one? But I’m psychoanalyzing here—something that my mom (in all the infinite wisdom that good moms have for coaxing a heartbroken daughter) warned me against whilst trying to understand the actions of a narcissist.

Another misconception about cheating that I’m guilty of believing at one point in my life is that cheating has some- thing to do with proximity. Sure, long distance relationships are lonely. And sure, it might be easier to cheat if your signif- icant other lives in another city, but people either cheat or they don’t. There’s a reason why the saying “once a cheater, always a cheater” exists. It’s because cheating is a personal- ity flaw, not usually an isolated, circumstantial incident. If anything, cheaters probably get a deeper thrill by cheating in close quarters to their partner—the risk of getting caught is that much greater (once again, I’m psychoanalyzing here).

But in case I sound like a scorned lover taking a final stab at an ex-boyfriend, I’ll momentarily get off my soapbox and fully recognize that women, of course, are equally as capable of participating in this dirty deed as men. In fact, when women cheat they often mask it as an act of exceptional romance, following your heart, or a brave act of true love. This drives me crazy. I’m not an avid movie buff, but I’ve seen a few staple “chick flicks” that romanticize cheating for the sake of love. Something Borrowed is a film about a 30-year-old New York law attorney who sleeps with her best friend’s fiancé, but is meant to be sympathized with because she has been in love with him since high school. And conveniently, the guy can’t call off his wedding because it would apparently devastate his clinically depressed mother. The messed up part is that these movies aren’t sending the message to follow your heart and pursue love, because after the initial love affair, they continue to lie about their relationship instead of immediately ending their unsuccessful relationship to start their new one (overlaps happen, but continuous affairs shouldn’t).

Dealing with the trauma of being cheated on is onerous— but there should be no self-shame in it. And not realizing that your partner was creeping around isn’t a sign of gullibility, it’s a sign of vulnerability, the beautiful kind that you give another person when you’re brave enough to take a leap of faith and when you’re secure enough in your own skin to free fall into love, regardless if the other person is strong enough to hold you up or not.