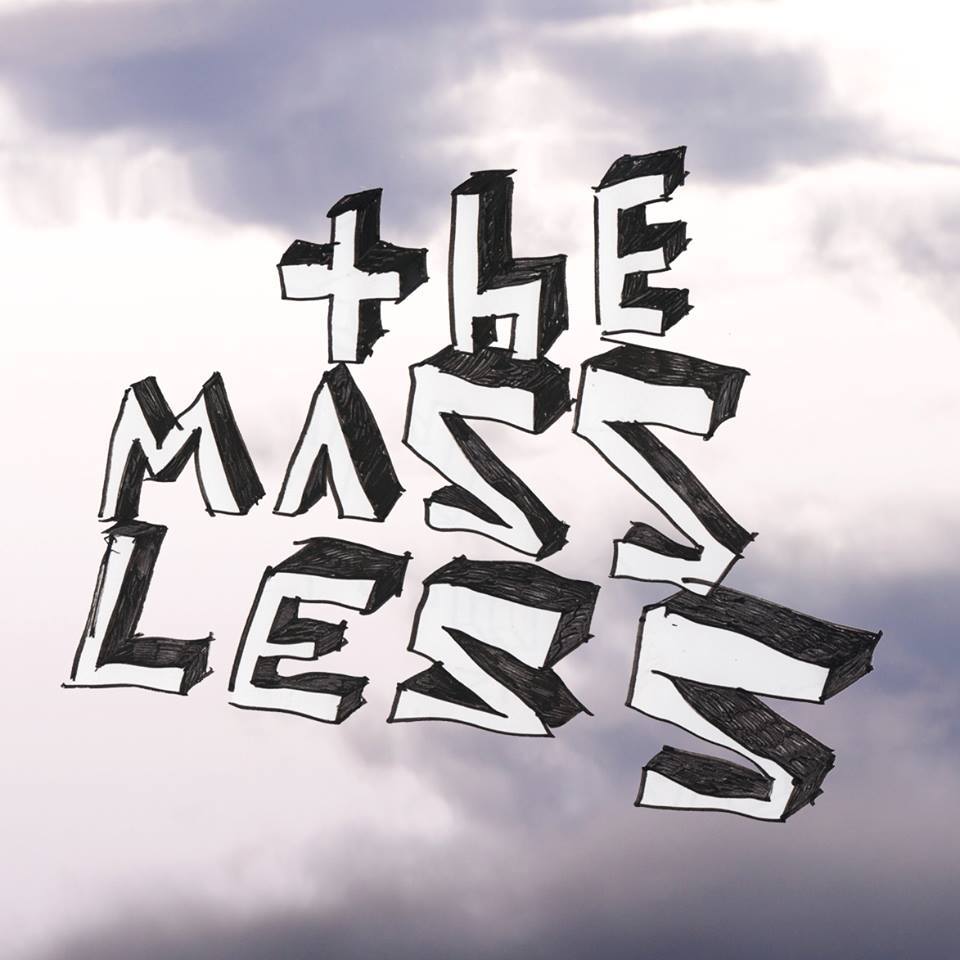 Forget about what you think you know about experimental music. Imagine layered saxophone melodies and unexpected bass licks entangled in pre-recorded loops and minimalistic synthesizers—all influenced by  Frank Zappa, free jazz, gnawa and african music, Miles Davis, saxophonist Joe Henderson among many others.  Add inconspicuous presence on stage, a wall of baffling ironic humour behind the scenes, and unique visual taste in music videos and album covers. That’s it. Do you see the massless?

Navigator: The first time I ever saw you play was  Valentine’s Day at the Vault. What do you remember from that night?

Patrick Simpson (sax): Did we have a drummer that night? Or was it just the two of us?

Blaise Zhiam (bass): Yeah, we played all night long. Every single one of our songs, plus one we played twice, but no one noticed.

Do you remember the moment you realized you wanted to be musicians?

Blaise: No I don’t. I’ve just always played music. Actually, yes. When I was 15 years old I was either going to be a professional soccer player or a musician. I quit soccer and went with music. I’ve regretted that decision ever since. I could have made something of myself. I could have been a soccer player playing in small cafes in small towns.

Patrick: As long as I remember.

Blaise: Do you mean getting together as a band or the other thing? Because we also teach aerobics on the side as a duo. But as the massless, I was playing with a drummer and looking for a sax player that we wouldn’t frighten. So we posted an ad on Craigslist saying we were experimentally dub-section rhythm. Pat showed up and then the drummer left, so now there’s the two of us. The first gig we played was the Noise Festival. We started with live looping and sax, and gradually progressed into what we are now.

What are you now?

Patrick: I don’t know how to answer that question. I can tell you what it isn’t. It isn’t jazz, it isn’t funk. There are pre-written loops and melodies,  so it’s not pure improvising. Our music might have elements of different genres but—

Blaise: —the massless is little bits of everything we like.

Is it possible to be genreless? Is that what makes your music unique?

Blaise: I don’t think there are any electric bass players in town. To speak for myself, the one thing I like to do is playing whatever style or sound I want. Whatever makes me happy. I don’t worry about genres.

What inspired you to do the concert series “the massless and Friends?”

Patrick: It’s about returning the favours to bands who invited us to play with them and introduced us to different venues in town. And it’s an opportunity to play with the bands we really enjoy.

Blaise: I find we get more into composition. The more we write, and our songs are getting quite worked out, the more I like doing the jam at the end of each show, because it brings back free vibes of anything-can-happen.

Patrick: When you play with other people, you play differently. It expands your musical knowledge.

Blaise: And you get to rip their good licks.

Aside from ripping other musicians’ licks, what makes for an ideal jam session?

Patrick: They’re all ideal. Any chance to play something fresh is good.

Blaise: I’d like Phil Collins on drums, Valery June singing, and perhaps get somebody else to play the bass and sax…

Patrick: I’d rather watch music than play it.

Blaise: You literally have to pay him to play.

How do you prevent yourself from being starving artists?

Both: We freeload a lot.

Blaise: I’m not starving. I make money. Last thing I was working on was a video for a fitness company in Vancouver, and I’ll be doing an instructional video for a yoga instructor. Lots of fitness videos as well. And Pat is a gigolo.

Why do you digitally manipulate your photos and music videos?

Blaise: I can’t speak for myself, but Pat’s really ugly. (Laughter). I just do that. I really enjoy it.

Patrick: Just like a lot of our music is digitally manipulated. The sax lines are processed.

Blaise: I went to film school for classical and drawn animation when I was younger. I like cartoons. The digital manipulations and weird videos on YouTube are an example of what you can do with a free program. I don’t have the technology to produce work on the level I want to yet. Just a couple more gigs maybe. (Laughter).

What about the other part of your enterprise? What is the aerobic duo called?

Blaise: The massless aerobic. It’s revolutionary. We use a lot of shake weights. It’s a trade mark tool which I’m not going to describe.

Patrick: And I’m not allowed to talk about it.

Blaise: But really, as a band, we were really inspired by what Top Men do with the movie tribute shows [Trip to the Moon, Metropolis, Aliens], and we consider doing our own version. Weekend at Bernie’s. These two dudes drag around a dead guy for a weekend. It’s a comedy, as you can tell.

If you were to play at a dance, what kind of dance would it be?

Patrick: I don’t think we’d get out of a square dance alive…

Blaise: We had to turn down an offer because of conflicting schedules, but we were going to be the house band in Dancing With The Stars show. It was supposed to be called Dancing on the Stars with the massless. I think our style of music could push those stars some really wicked dancing.

What would you consider your biggest musical success?

Blaise: I don’t spend time thinking about that. But for me, when we played as part of the Cymatics Research Institute with Damo Suzuki in that church, it was a magical night.

Patrick: I wouldn’t say I’ve been successful. I’ve enjoyed playing every single time, so you could consider that a success.

If you could define success for yourself…

Patrick: From that point of view, I am completely content where I am as a musician. I don’t need a recording contract or to play on big stages.

Could you define what separates an artist from a good musician?

Patrick: If you do something on the instrument that is completely new and original, that makes you a master, like Jimmy Hendrix. He played the guitar like no one else before or after him. If you can digest what other real artists do and then bring your own angle to it, that makes you an artist. But I think real mastery is the ability to express emotions through music and make it connect with the listeners. Somebody goes up on the stage, plays a bunch of notes that are technically perfect, but it doesn’t hit you in any way. Then another guy plays something and those notes hit you right in your soul—that’s a master. And that’s in all art. You look at a painting and it speaks to you and sheds a different light on an aspect of life, or whatever, blah blah blah…  (laughs). Blaise: I think an artist is someone who really pushes and strives to express themselves in their own way. I don’t want to be too judgmental because I don’t know whether that person’s own way doesn’t sound like someone else’s. I think everyone’s an artist, but the true ones want to be more expressive, unique, do things differently. And any musician who thinks they’ve mastered their instrument has failed. If you ever get to the point you think you know everything, you’ve closed your mind.

You can never reach the top?

Patrick: It would be no fun if the quest was ever over. When you feel you’ve accomplished something you couldn’t do before, when you always aim towards something more, it must feel better than getting to the end of the journey.

What would you do if music never existed?

Patrick: I would kill myself. Seriously.

Blaise: I would invent music.

The massless’ first album “the massless,” released on November 7, will be available digitally and in hard copies at the next show, “The Festivus Bash” at the Cambie on December 20.