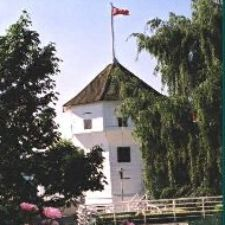 The Princess Royal ceremony started in 1954. “This event is a long-standing tradition in the community,” says Debbie Trueman, General Manager of the Nanaimo Museum. “We are pleased to be a part of the event.” The ceremony attracts descendants of the 1854 Princess Royal passengers. Many of those descendants still live in the Nanaimo area.

Members of the community are invited to the ceremony. The Bastion bell will be rung and the names of the families will be called by descendants of the original passengers.

The Nanaimo Museum is located in the Vancouver Island Conference Centre on Commercial St. next to Serious Coffee. Hours of operation are Monday to Saturday from 10 am to 5 pm. For more information, please contact the museum at (250) 753-1821 or visit www. nanaimomuseum.ca.