It’s that time of year again: Season of Flavour. As the days grow cold and dark, we’re seized by the compulsion to take a perfectly good flavouring—one that goes hand in hand with traditional revelry and feasting—and blast it all over the floors and ceilings, into our noses, and down our gullets.

Consider the humble pumpkin. It has been on the scene since September. Pumpkin spice to be clear: those spices associated with cooking pumpkin like molasses, allspice, and ginger. Delightful with pumpkin, yes, but now ubiquitous—everywhere you turn, pumpkin spice. Once the nostalgia-invoking essence of family fall dinners, pumpkin spice has officially graduated to “it” flavour status, and onto becoming the invoker of eye rolls. In simpler days the masses would salivate in anticipation of Starbucks’ release of the Pumpkin Spice Latte, first appearance, 2004. (That’s “PSL” for short. Yes, it’s even got an “initialism” [that’s like an acronym, but not].) Other coffee chains followed and the PSL saturated the landscape.

This blend of spices was once a convenient disguise for the fact that, in truth, pumpkin is a pretty bland squash. Now pumpkin spice is synonymous with the gourd itself, and partnered with some unexpected foods—it’s not just for coffee anymore. Limited time products pop out of the woodwork well before our Canadian Thanksgiving, though you’ll find even more south of the border than here: doughnuts and cookie dough, bagels and butter, marshmallows and muffins, potato chips and pudding, yogurt and cream cheese, dog treats (yes, dog treats), granola bars, ale, and whiskey.

And that’s just the edibles. Add the scented candles, potpourris, hand soaps, and air fresheners, and you’re talking about some serious scentsory overload.

Who’s behind this anyway? Is there a Pumpkin Marketing Board working under the radar to elevate the lowly squash to a place of awed respect? Why pumpkin? Why not spaghetti squash? Acorn squash? Kobacha, butternut, blue hubbard, or sweet dumpling even?

Then, just as the pumpkin spice dust settles, we’re catapulted into The Holiday Season with its full-scale ‘nog-assault.

Under normal circumstances, cinnamon, vanilla, and nutmeg are flavours that bring me joy. In combination, under the moniker of “eggnog,” they graduate to nausea-inducing. And if eggnog isn’t bad enough, they’ve gone and ruined other perfectly good foods with it: from cupcakes to custard pie, taffy to tea. And then there’s cookies and candies like bubblegum and saltwater taffy, custard pie and popcorn, panna cotta and pudding.

Eggnog stands proudly beside buttermilk and butter, so there’s a case to be made for flavoured coffee as well as dairy-based treats and confections: milkshakes and cheesecakes, even yogurt—frozen or otherwise. But malt balls and marshmallows? Have these people no shame? Why can’t a malt ball be left to taste of malt, a marshmallow left to taste of vanilla? Candy corn? Did someone spill their eggnog in the candy dish and emerge with the belief that nothing had ever tasted so fine? Well they were wrong.

Not only is eggnog revolting, but it turns out that the stuff is downright dangerous too. In a New Jersey laboratory this August, a vat of eggnog flavouring ignited, exploded, and injured two workers. How can the masses sleep at night knowing that the product they eagerly consume puts lives at risk? Oh, the humanity!

Then there’s the simple candy cane (aka “peppermint stick”) which is, for me, the final affront: from ice cream and cookies to bars and brittle. In fact, most of the food types we’ve already seen also come attached to candy canes. Trendsetters must innovate in the kitchen, yes, but whatever happened to simply enjoying a thing for what it is: unwrap candy cane, suck on it, enjoy cool pepperminty goodness. Simple. Though I’ll give them this: candy canes lend themselves rather more naturally to the booze food group. I don’t think I’d be too quick to turn down a Candy Cane Cooler or a Candy Cane Cocktail with Homemade Candy Cane Infused Vodka. But that’s where I draw the line.

Candy cane is also available as a scent, something to spray or burn in your home, because who doesn’t want their digs to smell like candy? But unlike the others, this one has its own font. The Candy Cane Font. This is real. That’s the one that does me in. Where do you go from there? A font!?

So when it comes to tidings of the season, I’ll pass on the pumpkin spice, you can keep the eggnog, and leave those candy canes right there on the tree where they belong. Hold the seasonal flavourings, please.

Where food is concerned, we’re all about tradition in my family. All-butter shortbread, cooked in a pan and cut like cake will melt on your tongue if you leave it there long enough. The traditional buche de noel (or “Christmas log”) made with dark chocolate cake and filled with white chocolate mousse is served all dressed up with rosemary sprigs and meringue mushrooms for that fresh-from-the-forest feeling. My mixed nuts are slow-roasted with earthy spices, a splash of maple syrup, and more salt than you’ll see any other time of the year. Finally, the crowning glory is the simple jam tart—raspberry freezer jam only, none of that mincemeat crap—heaped on a platter by the dozens (they aren’t supposed to be bite-sized, but where there’s a will there’s a way).

We keep with traditional flavours for the holidays because flavour and scent are so evocative—smell is memory—so I’ll thank you not to mess with mine.

Our house will smell of vanilla because I have been baking with it. It will smell of pine from the tree and spicy cinnamon from the mulled cider on the stove. No artificial flavours here, just a sack of flour and no less than eight pounds of butter waiting in the corner.

Be well. Eat well. And have a cool Yule. 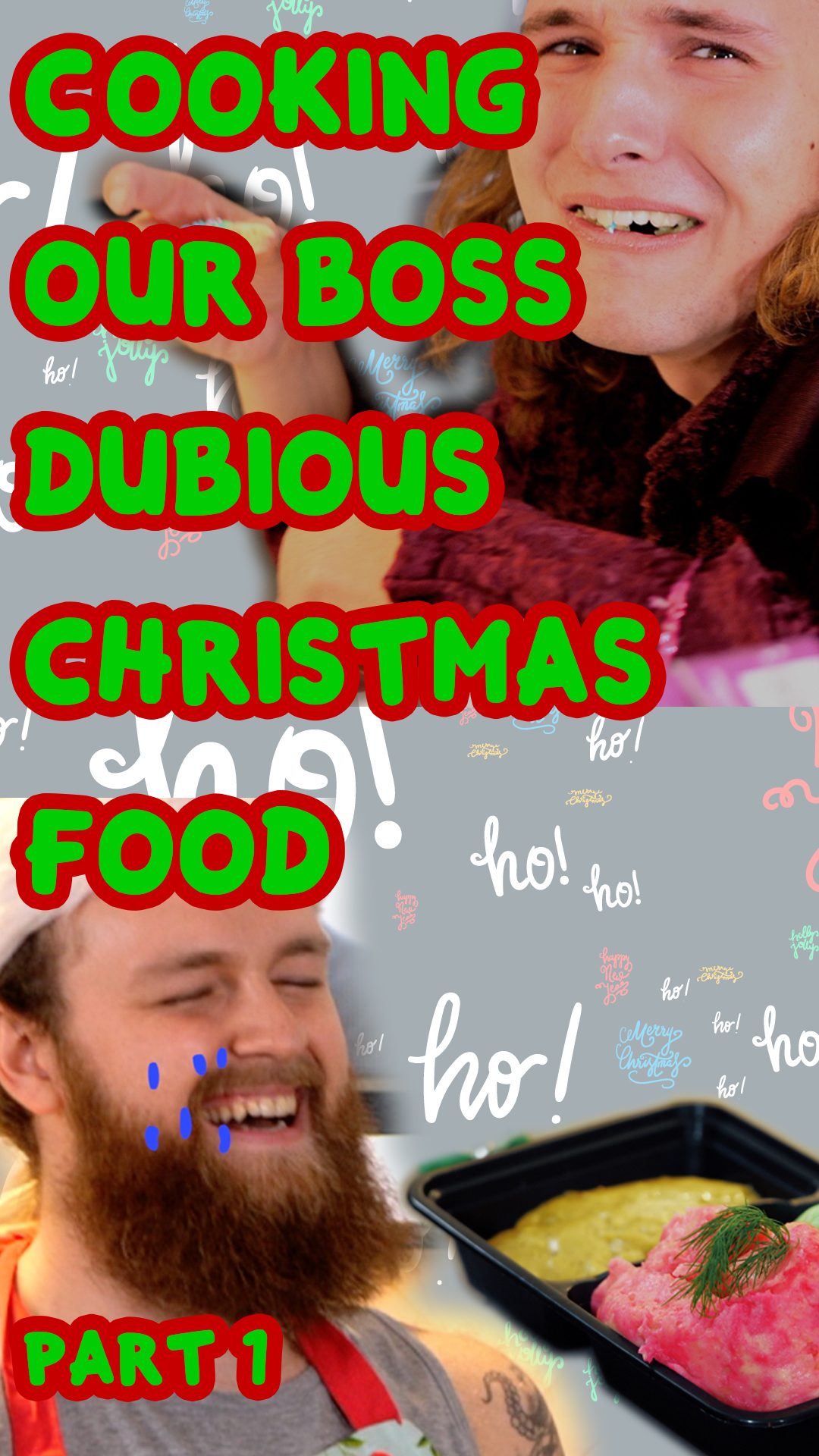