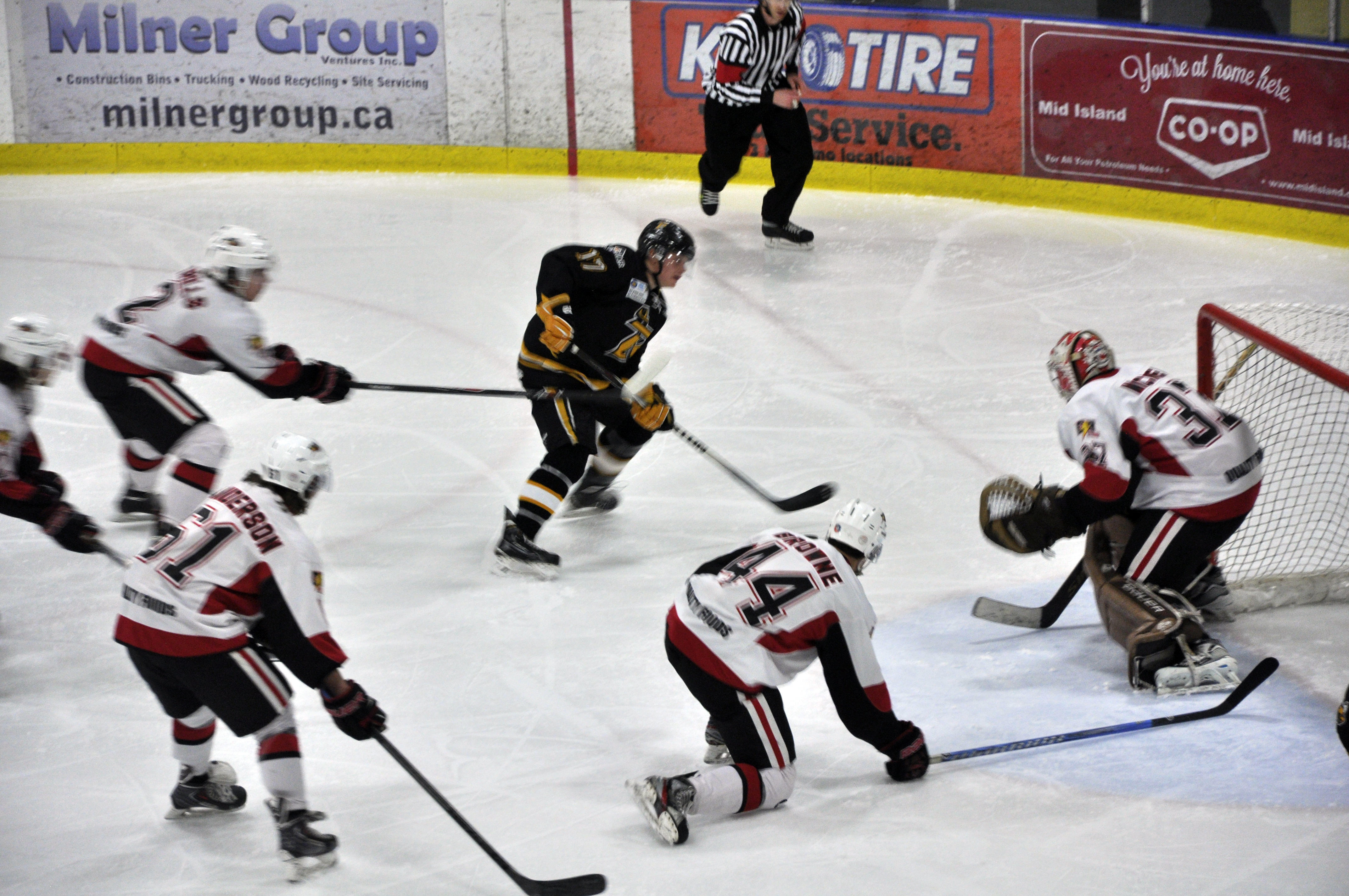 It took seven tries, but the Nanaimo Buccaneers finally got the victory they were looking for. The team fought hard and picked up a 5-3 win over the first place Campbell River Storm on Thursday, January 8 at the Nanaimo Ice Centre.

It was Nanaimo’s first win of the season against their Division rivals. The victory couldn’t have come at a better time for the Buccaneers as the team snapped a five-game winless streak, their longest of the season.

Trent Bell opened the scoring against the Storm just over a minute into the game to put Nanaimo up 1-0. After Colin Blake tied the game at the midway point of the first period, the Buccaneers’ leading scorer Jordan Levesque banged home a rebound to give Nanaimo a 2-1 lead heading into the second period.

After former Buccaneer Will McNamara tied the game late in the second period. The Storm took their first lead of the game early in the third as Blake scored his second of the game to give the Storm a 3-2 lead.

But the Buccaneers refused to quit. Quinlan Moore scored a powerplay goal midway through the third period to tie the game 3-3, then Trent Bell scored two goals in the last six minutes of the game to give Nanaimo the 5-3 win.

The Buccaneers had been winless in their previous five games heading into the game against the Storm. The team had suffered losses to Victoria, Saanich, Peninsula, and Comox as well as a tie against the Oceanside Generals.

The Buccaneers currently sit in a tie for second place in the VIJHL’s four-team North division. Both the Buccaneers and Comox Valley Glacier Kings have 42 points on the season, although Nanaimo has played one less game than Comox Valley.