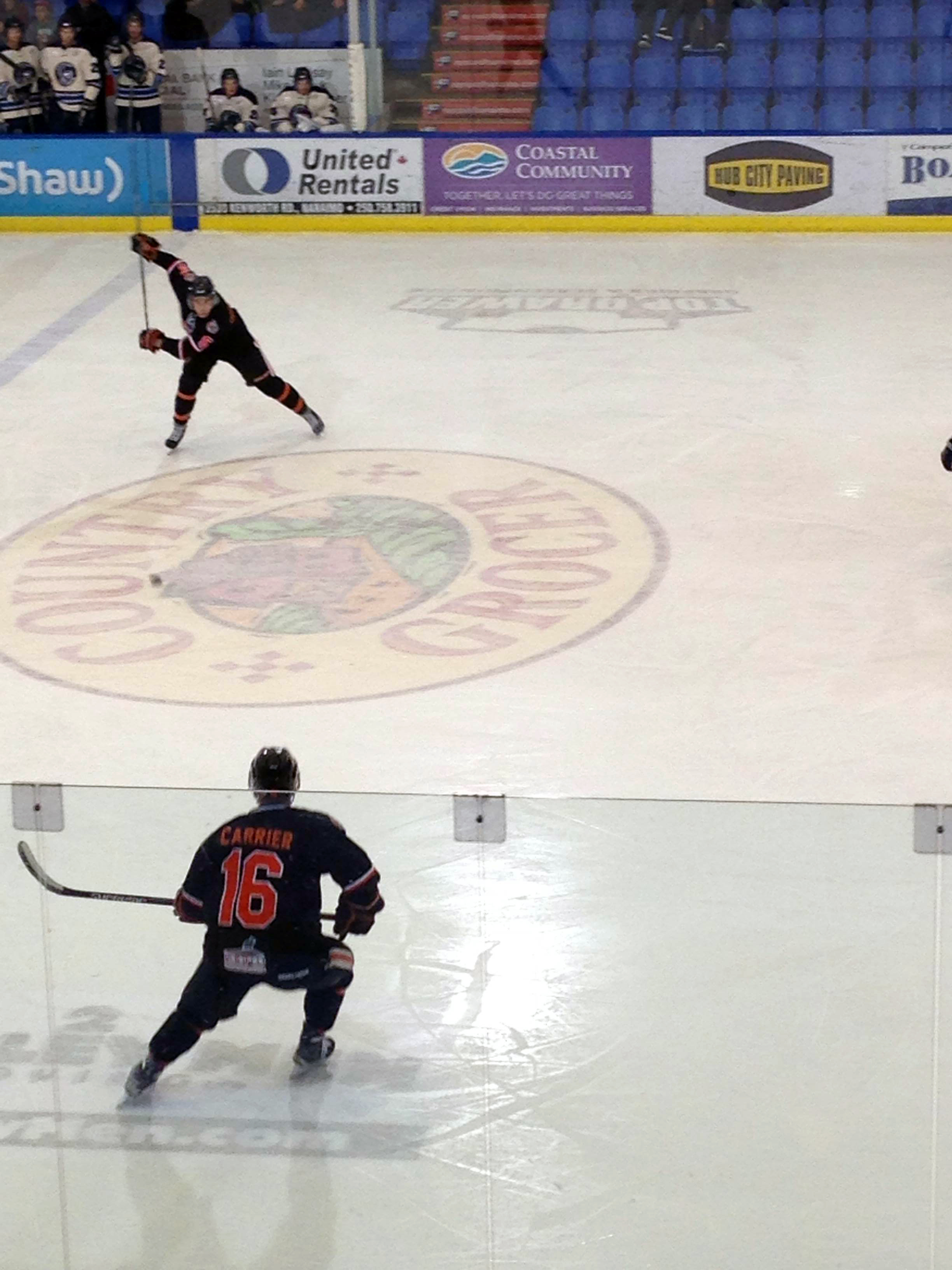 With only seven games left in the British Columbia Hockey League season, the Nanaimo Clippers have all but officially clinched first place in the league’s Island Division. The Clippers’ record of 35-13-0-3 gives the team 73 points on the season, 11 more than the second place Powell River Kings, who have also played two more games than the Clippers.

The Island Division title will be the first for the Clippers since the 2007-2008 season. The team will also be searching for its first playoff series win since the 2009-2010 season when the Clippers beat the Victoria Grizzlies in six games.

On February 7, the Clippers played a home game against the visiting Langley Rivermen. The game got off to a crazy start with seven goals in the first period. First, the Rivermen took a 1-0 lead on a goal by Justin Szeto. Then, the Clippers scored three goals in the span of six minutes. First, Sean Buchanan tied the game at 1-1. Then, Nicolas Carrier scored back-to-back goals to give Nanaimo a 3-1 lead. However, Langley got goals from Marcus Vela and Zac Masson just 13 seconds apart to tie the game at 3-3. But with under three minutes left in the first period, Jake Jackson scored to give the Clippers a 4-3 lead heading into the second period.

The second period was a lot quieter than the first, with Jacob Hanlon scoring the only goal to give the Clippers a 5-3 advantage as the game moved into the third period.

In the third, the Clippers got two goals from Sheldon Rhemple and one by Brendan Shane to round out the scoring as the Clippers picked up the solid 8-3 victory.

The victory was a good bounce-back effort for the Clippers, who lost 5-2 to the Port Alberni Bulldogs the previous night in Port Alberni.

With only seven games left in the regular season it looks like the Clippers’ first round opponent will be the Alberni Valley Bulldogs, who have a solid hold on fourth place in the Island Division. Despite losing the last meeting, the Clippers dominated the season series, winning seven of the nine games between the two teams.

The Clippers’ next home game is Friday, February 20 against the visiting Powell River Kings. Action begins at 7 pm. Tickets are $10 for VIU students and include a free beer. All Clippers home games are played at Frank Crane Arena on Bowen Rd.