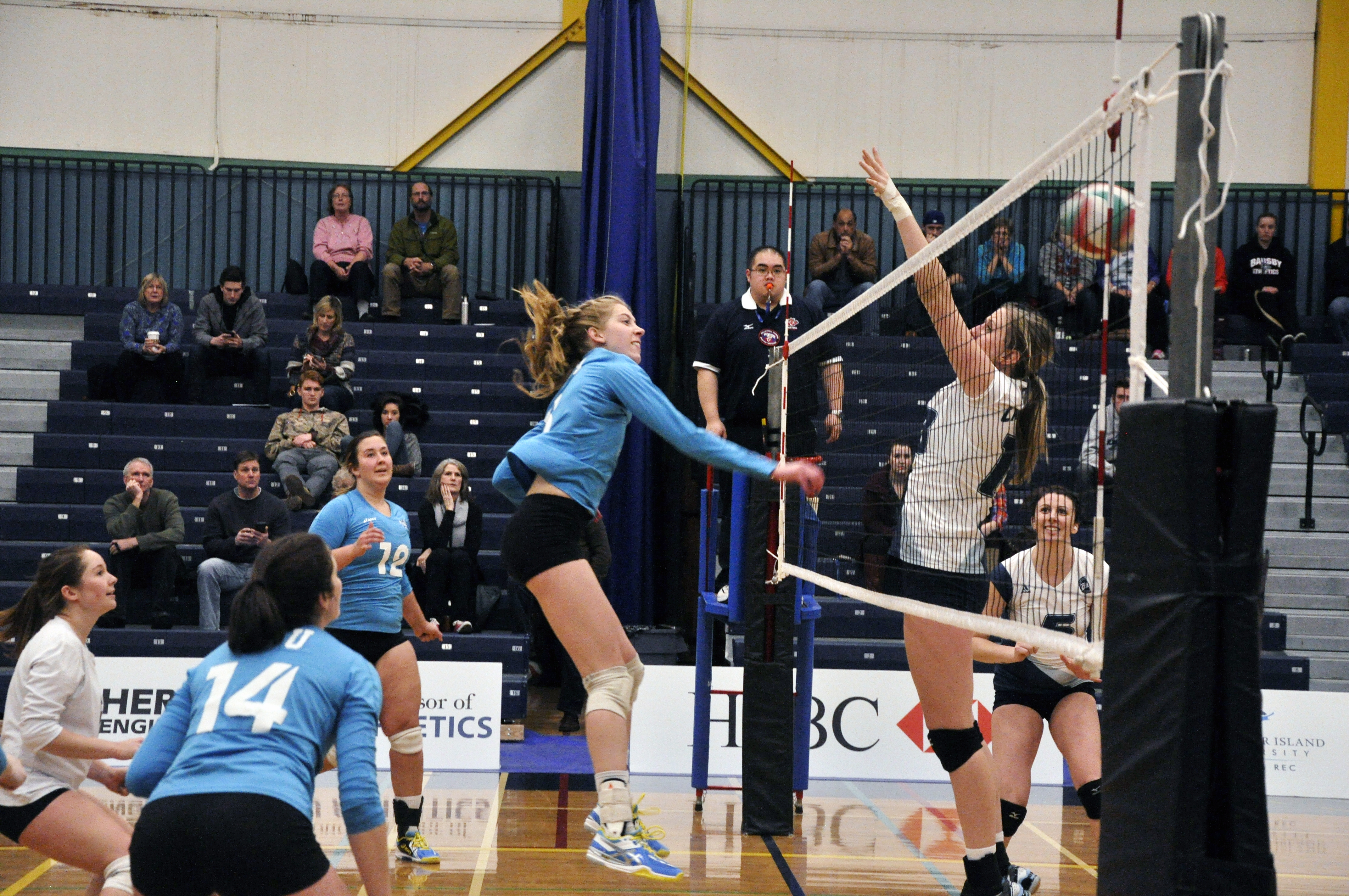 The VIU Mariners’ women’s volleyball team got off to a slow start to the season, losing five of their first six contests. But since the slow start, the team has been on fire climbing up the PacWest standings.

The Mariners traveled to the mainland for their most recent games. The team was in New Westminster to take on the Douglas College Royals on February 6 and 7.

In the first game between the two teams, the Mariners won the opening set by a score of 25-13. VIU expanded their lead to 2-0 by winning the second set 25-12. The third set was a more tightly contested affair, but the Mariners were able to complete the sweep, winning the set 25-17.

The Mariners currently sit in third place in the PacWest standings. The team’s 13-7 record gives them 26 points on the season, two points behind the second place Blues, and four points ahead of the second place University Fraser Valley Cascades.