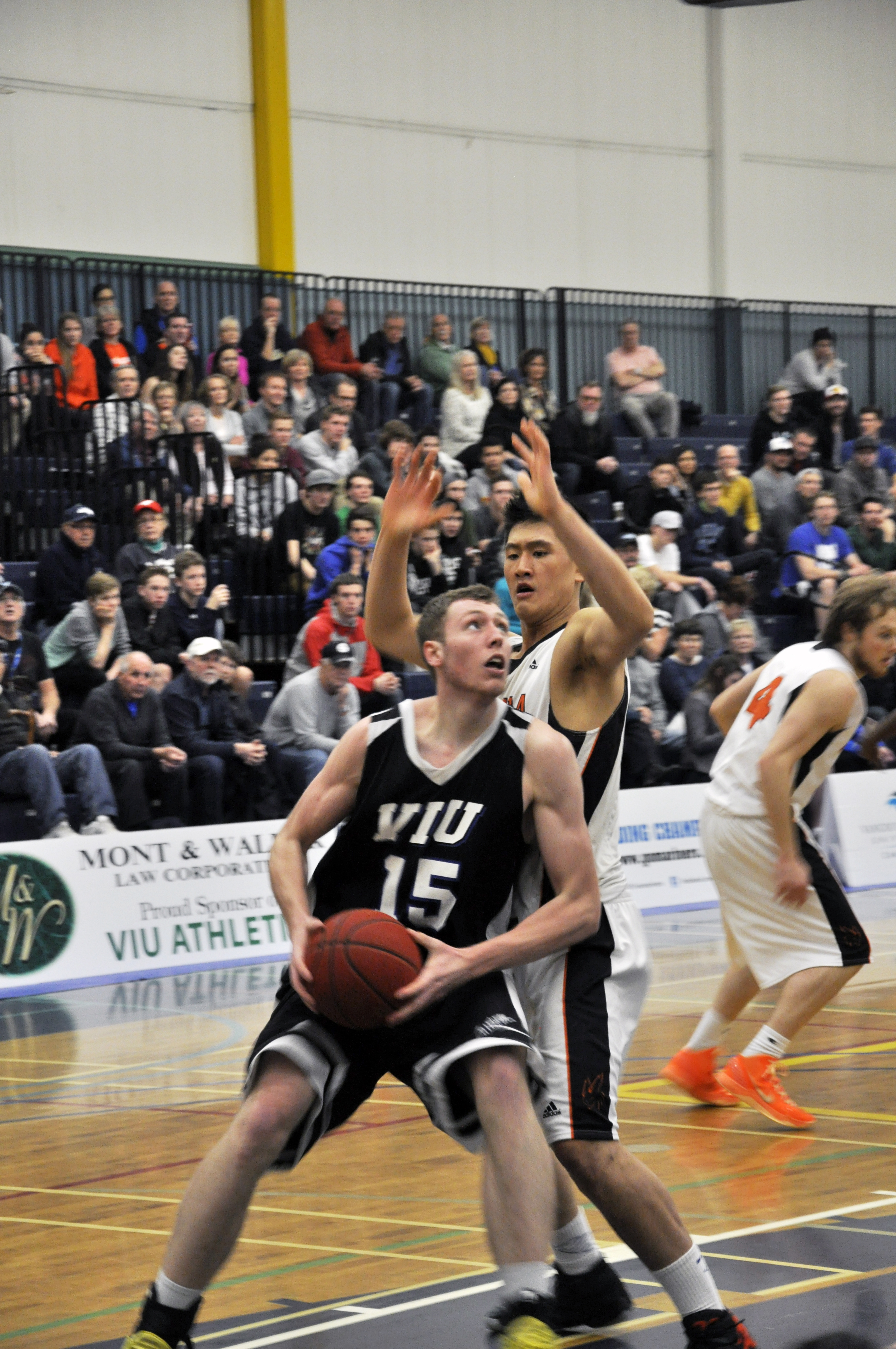 The Mariners’ men’s basketball team hasn’t been on the losing end of many games this season—just one to be exact. On February 7, the Mariners exacted revenge on the only team to beat them this season; the Mariners defeated the Langara Falcons 82-67.

The game featured the last two CCAA national champions, with the Mariners winning in 2013 before Langara went on to win the title last year. The Falcons won the last meeting between the two teams 76-69 back on January 16.

The Mariners had also been in action on home court the day before, as the team picked up the convincing 91-61 victory over the Douglas Royals. The Mariners got off to a strong start against the Royals, jumping out to a big 51-30 lead at halftime before cruising to the victory in the second half.

The team traveled to the mainland for a two-game weekend road trip on January 30 and 31 against the Kwantlen Eagles and Columbia Bearcats. The Mariners’ offense reached new highs on the road trip, scoring 100 points in back-to-back games for the first time this season. The team picked up the 115-56 victory over the Eagles on January 30. The next day, the team came a few points shy of topping their total from the night before, winning 113-79 over the Bearcats.

The Mariners’ 15-1 record gives the team 30 points on the season, good for first place in the PacWest standings. The Mariners are four points ahead of both the Langara Falcons and Quest Kermodes, who are tied for second place. The Mariners don’t play the Falcons again this year.

The Mariners’ next home game is on Saturday, February 14 as the Mariners take on the Camosun Chargers. The action begins at 8 pm at the VIU gym.