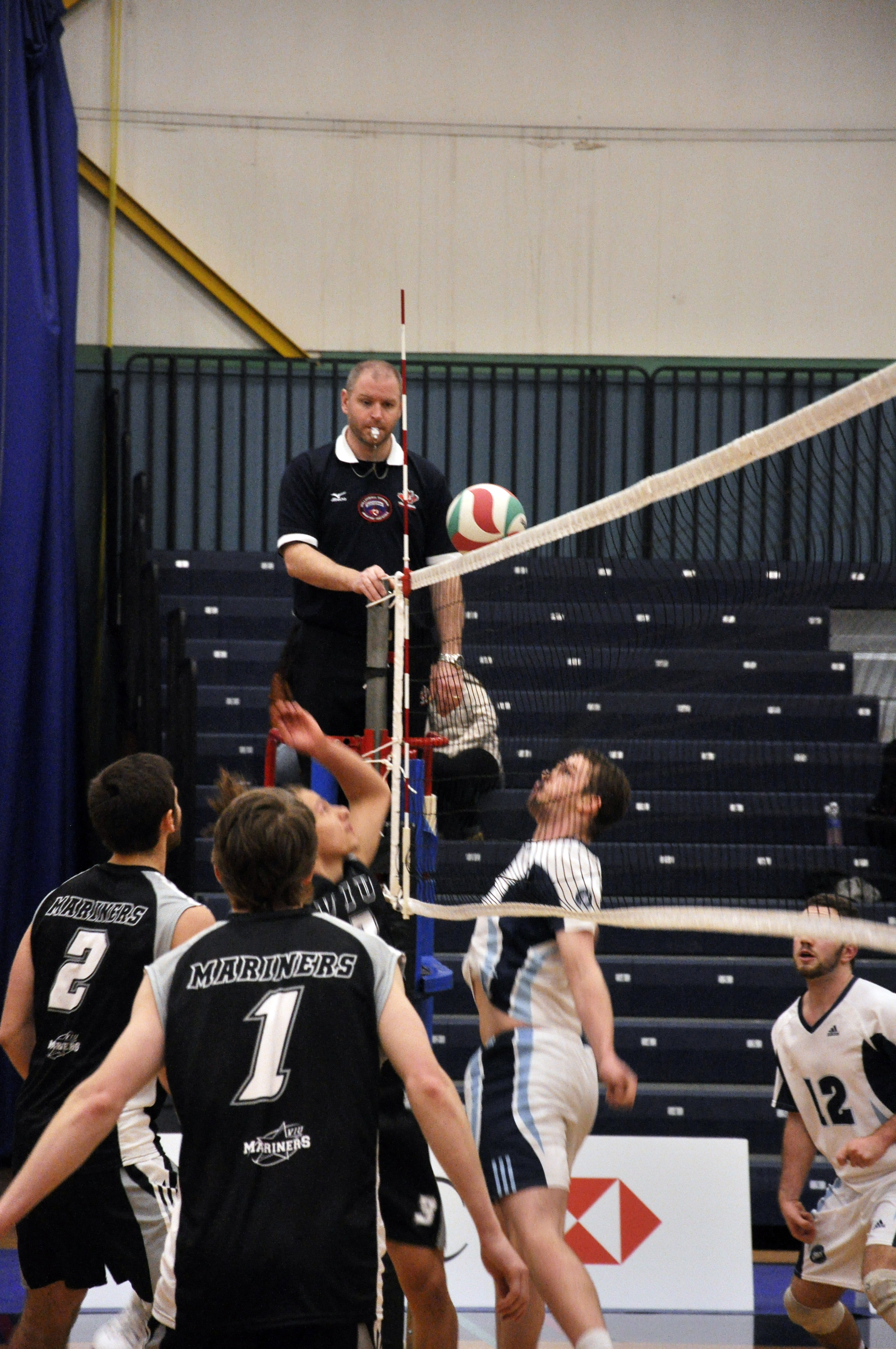 The Mariners’ men’s volleyball team remains in a tight race with the Camosun Chargers for second place in the PacWest standings, and a bye into the semifinals of the provincial championship.

The team faced their toughest test of the season as they traveled to New Westminster to take on the first place Douglas College Royals on February 6 and 7.

The Mariners got off to a good start in the first meeting between the two teams, winning the first set in a thrilling 31-29 tiebreaker. The Royals took over the game in the second set, winning 25-23 to tie the game at one set apiece. After Douglas won the third set to take a 2-1 lead, the Mariners battled to keep the match alive in the fourth set. But the Royals managed to win the fourth set 25-16 to pick up the four-set win over the Mariners.

The two teams faced off in a rematch the next day. This time the Royals made short work of the Mariners, winning three consecutive sets en route to the victory.

The Mariners were in action on home court January 30 and 31 against the visiting Capilano Blues. On January 30, the Mariners picked up the three-set sweep of the Blues, winning the first two sets 25-17 and 25-23 before needing a tiebreaker to end the match with a 27-25 win.

Through 20 games the Mariners sit in third place with a record of 13-7, good for 26 points on the season. The Mariners currently sit two points back of the second place Camosun Chargers (14-6). The Mariners also sit four points ahead of the fourth place Columbia Bible College Bearcats.

There’s a good chance the race between the Mariners and the Chargers will go down to the last week of the season, when the two teams play against each other twice. Those games take place on Thursday, February 19 at VIU and Saturday, February 21 at Camosun College.