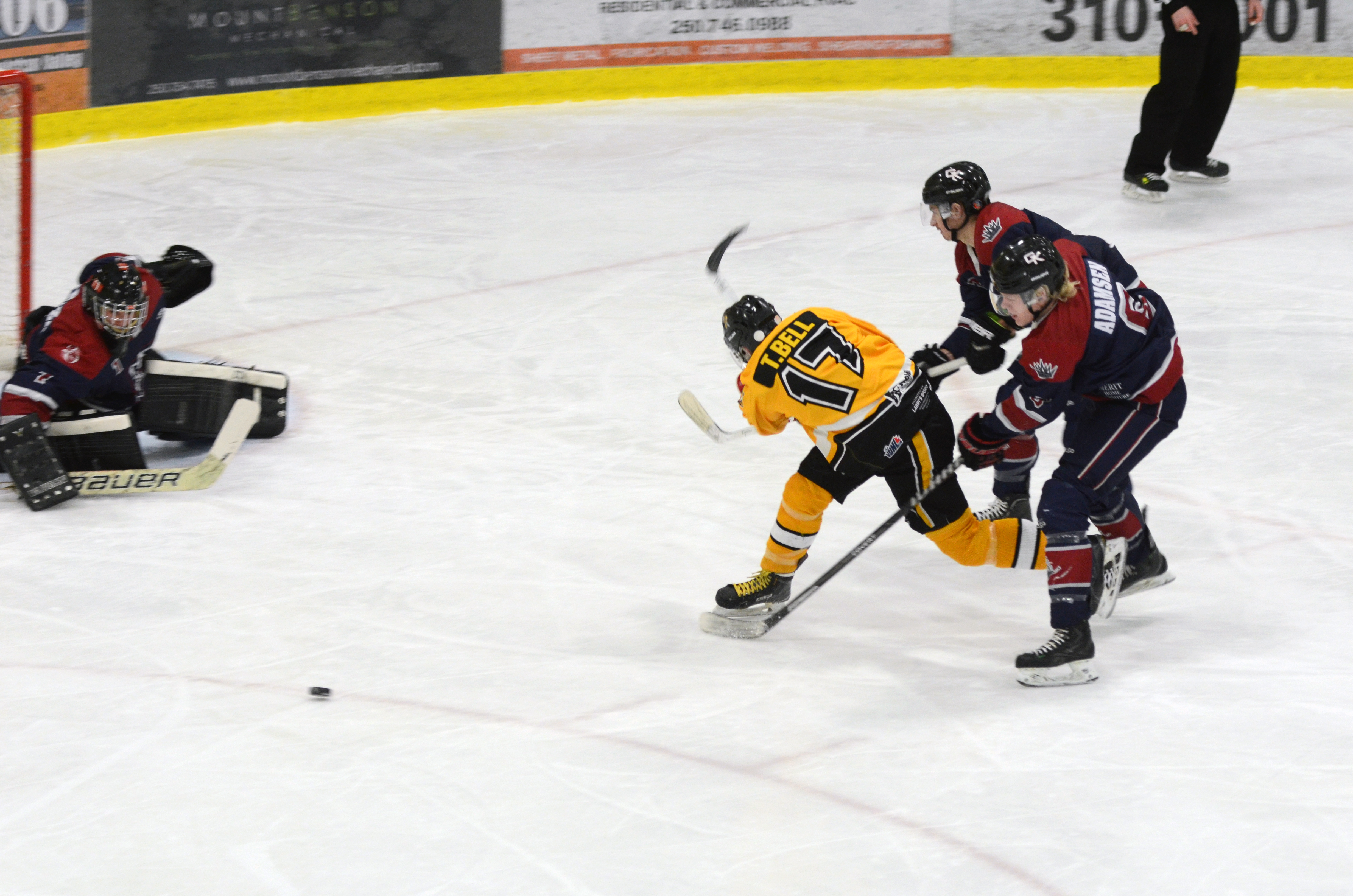 The playoffs have started in the VIJHL, and the Nanaimo Buccaneers are locked in a series against the Comox Valley Glacier Kings. The winner of the best-of-seven series moves on to the league’s semi-finals, and the loser sees their season end early.

The Buccaneers got off to a good start in the series, winning game one of the series on the road 5-2 in Comox Valley on Tuesday, February 17. The Buccaneers opened the scoring in game one on a goal by Garrick Heathcote less than four minutes into the game. Then Quinlan Moore scored with just nine seconds left in the first period to give Nanaimo a 2-0 lead after the first period.

The Buccaneers got two goals in the second period to put the game out of reach. First, Jordan Levesque scored on the powerplay to put Nanaimo up 3-0. Then, Trent Bell added a shorthanded goal before the end of the period to give Nanaimo a big 4-0 lead heading into the third period.

The teams were back in action for game two in Nanaimo on Thursday, February 19. The two teams entered the third period of game two tied at 2-2. In the third period, the Glacier Kings took their first lead of the game on a shorthanded goal by Dylan Sampson. But Levesque scored for Nanaimo with just over five minutes to play to send the game into overtime. But overtime lasted just 47 seconds as Grayden McInnes fired a one-timer past Buccaneers starter Jakob Severson to tie the series.

Game three was on Saturday, February 21 in Comox. This time it was the hometown Glacier Kings who jumped out a big league. Comox Valley scored four first-period goals to take a 4-0 lead. Nanaimo fought back throughout the game, even cutting the score to 4-3 on a goal by Joe Gage midway through the third period. But Comox captain and former Buccaneer Derian Hamilton scored an empty net goal with one second to play to give Comox Valley the 5-3 victory.

Game four of the series is set to take place in Nanaimo on Monday, February 23 at 7 pm. The Buccaneers will be looking for a big victory, as they don’t want to find themselves down 3-1 in a seven-game series for the second straight year. Last season, they won the first game of their series against the Campbell River Storm before losing the next three games of the series and ultimately being eliminated in six games

If the Buccaneers win on Monday night or Wednesday night in Comox, they are guaranteed to play game six in Nanaimo on Thursday, February 26 at 7:15 pm. All Buccaneer home games are played at the Nanaimo Ice Centre located across from the Nanaimo Aquatic Centre.