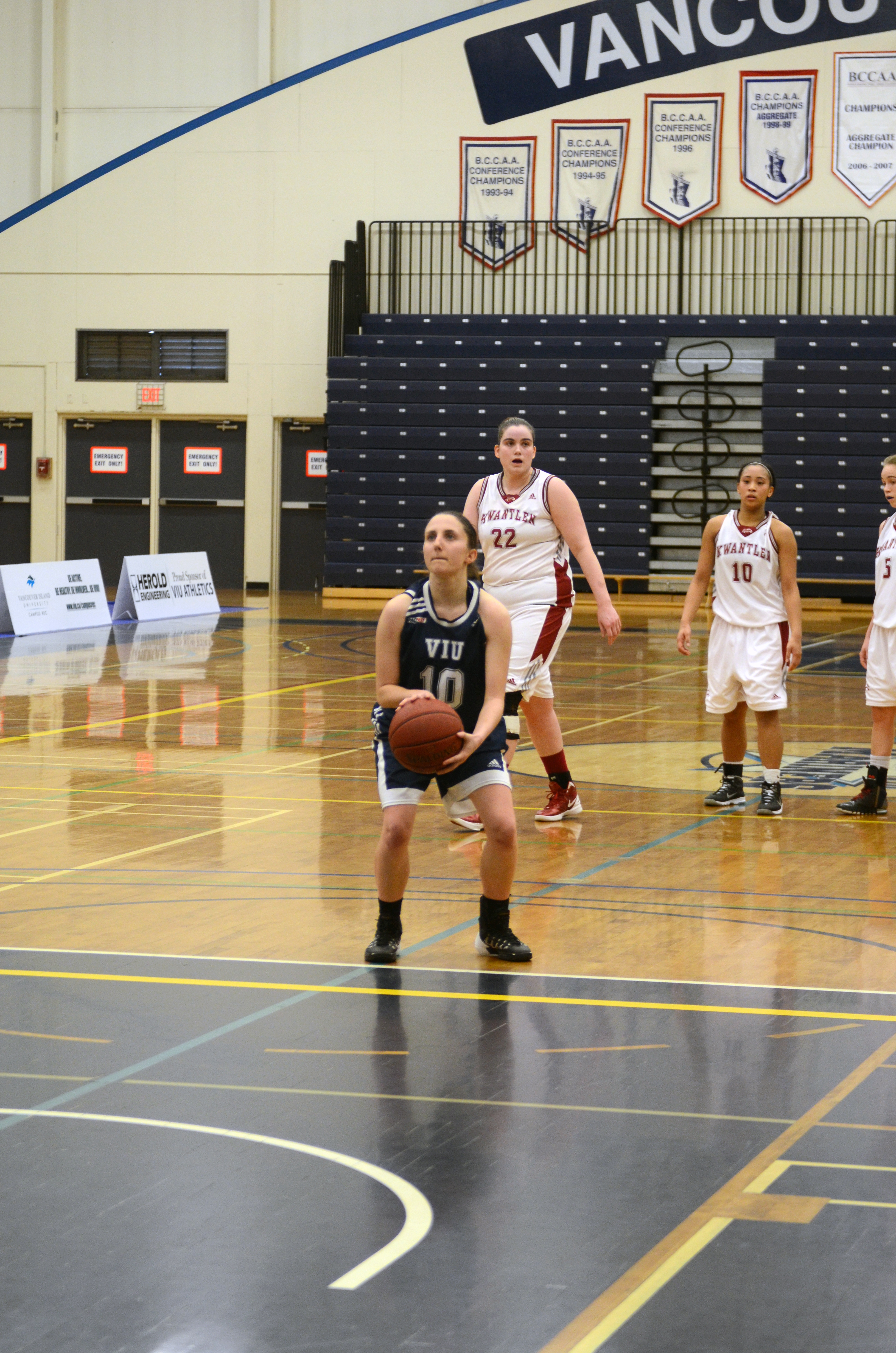 The Mariners’ women’s basketball team picked up the come-from-behind victory in their final home game of the season over the visiting Kwantlen University Eagles on Saturday, February 21.

The two teams ended the first quarter tied 10-10 and traded possession of the lead early in the second quarter. But as the quarter progressed, the Eagles started to pull ahead and took a 29-24 lead into halftime. In the second half, the Mariners chipped away at Kwantlen’s lead, but the Eagles still held a 41-40 advantage at the start of the fourth quarter.

In the fourth, VIU completed the comeback, taking the lead early in the fourth quarter and never relinquishing it. The Mariners outscored Kwantlen 19-7 in the final quarter and picked up the 59-48 win.

The day before, the Mariners picked up a victory over the visiting Columbia Bible College Bearcats. The game was tight through the first quarter, but the Mariners jumped out to a 36-26 lead at halftime. VIU stretched their lead to 56-38 with a dominating third quarter en route to the 65-45 win over the Bearcats.