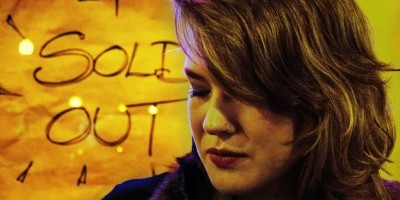 There was a day when Julie Dives tried to decide between becoming a vet or an artist. Although she followed the creative draw, and pursued a BFA in Visual Arts at VIU and Emily Carr, deep down, Julie stayed in love with animals. She is equally enchanted with the soft fur of a purring, living body and the macabre beauty of death, the tactile nature of animal skin and the creative possibilities it offers both as a subject and a medium, namely for printmaking and sculpture. Her upcoming solo exhibition, Mementos, will present an array of mixed media sculptures, etchings, and wood burnings with animal motives and the unifying theme of memento mori. Combining different techniques and different media, Dives creates reproductions of live and dead creatures through complex, labour- and time-intensive processes. Like faux taxidermy, her newest passion for producing life-like animal portraits using chicken feathers. Since these pieces are the flagship artworks of the exhibition, The Navigator spoke with the Nanaimo-based artist about her unusual approaches and rare tastes.

Where does your fascination with animals come from?

I’ve always been an animal freak. I had a pet crow and a pet duck. I always drew animals and their anatomy and bones. Biology always fascinated me, too. I’ve always felt this connection to animals and built relationships with them easily. I appreciate them.

The original idea behind taxidermy was probably the trophy of the kill, but I want to look at it as appreciating the beauty of an animal and capturing its essence.

You use chicken feathers as the main medium for your faux taxidermy technique. Where can we find the appreciation for the chickens?

I do appreciate the chickens too. The way I look at it is I’m showing the beauty of the feathers, which is not necessarily appreciating, but showing. The feathers are taken from meat birds. Somebody ate that chicken; it wasn’t killed for the feathers. So for me it’s an act of recycling. I use a lot of roadkill, dead mice, and things like that.

How do you work with road kills?

I don’t use them for taxidermy, but for printmaking. Like when I roll a dead mouse in ink and stamp it. I want to use these animals and have them appreciated even after their death, like the dead birds I find, photograph, and then woodburn or draw. It’s like in the Victorian era when people took photos of their dead relatives­—to have that kind of memento that we were all born and we will all die.

Is dipping the animal in ink an attempt to connect with the particular dead animal or to embrace the idea of death in general, then?

I think both. But during the process of making the print, it is the connection with that specific animal.

What inspired you to seek taxidermy as a creative technique?

It was aesthetically pleasing to me. I’ve always loved bones, antlers, and things like that. I started doing it to make death look beautiful and make people think about that—about death as a pretty thing.

Yes, your work is rather on the dark side.

And it shouldn’t be pretty but it is! (laughs)

So one day you woke up knowing you want to make animals out of feathers?

It was literally an idea that just came to me and I rolled with it. The bear started it off. ‘Let’s make a bear out of feathers!’ It got me into this whole taxidermy business. I met this taxidermist in Richmond, and he taught me how to work with the material and how to do the modeling. The rest I just figured out.

How do you explain your method of connecting with an idea of an animal through the feather of a different animal, or making etchings of silkscreens and other complex techniques instead of just taking photographs?

It’s about the personal time I spend with the works, and the relationship with the art. I’ve always been attracted to crafts and creating something physically, with my hands, and spending time learning labour-intensive techniques.

Can you describe the process?

I start off with the idea of the animal I want to recreate. My work is very detail oriented, and I spend so much time with it that I build a relationship with the work. It takes so long, I grow an appreciation for the animal.

Don’t you feel sad when they get sold?

Yeah, that’s sad. I mean, I love it when they find a home, because it feels good to see money after you make art.
You choose animals from a very specific geographic area as subjects.
I’m inspired by what I see around me.

So we’ll never see a giraffe in your body of work?

Funny; I’ve just never been inspired to do something like a giraffe. It’s animals around me that I work with often—unless I am commissioned to do something specific and then I have to download a photo and get a copyright. I want to work with photos I’ve taken and experience that animal myself. I’ve never encountered a giraffe.

Your taxidermy works are very tangible objects, almost begging to be touched and felt. Is that a reaction or emotion you are after?

That’s it! That touch, the texture! I love it when people think that it’s a bear at first, and only then they realize it’s made of something different. Then they really want to touch it. And I don’t know anybody who would want to touch a bear. I have some other fun projects. I made a book out of dog fur; each page is a different fur, a different breed. And you’re holding a big clump of fur, and it looks like a cake from a side with all the different layers.

I must say I would hesitate to come visit you in your house.

(Laughs) I have some weird stuff in my house. Like this vintage turtle that wasn’t taxidermied properly and has gold bead eyes. I found it for $5. But the most disturbing thing in my house is my live cat.

There is a revival of stuffing or freeze drying people’s pets as a way of keeping them even after they die. Will you taxidermy your cat one day?

It’s weird to think about that. I’ve never actually stuffed a creature, even though a friend asked me to taxidermy her cat for her. I have skinned a squirrel, and I have played around with different aspects of taxidermy, like the modeling and putting all the sculptural aspects together. I have often pondered on making a scarf out of my cat’s fur. You know, when she comes to bed in the morning and lays around my neck, I pet her belly and think ‘I want to keep her when she goes.’ But I wouldn’t be able to do it myself.

Where do you see yourself evolving as an artist?

I’ve been getting a lot of commissions for pet portraiture lately, which is great. I enjoy making someone happy by reproducing their animal in the form of art and I want to continue with that. And I want to make my living creatively, as an artist, so I’m probably going to apply for a tattoo apprenticeship. The woodburning really kicked it off for me in terms of using a tool, so I think tattooing is the next step in my career.

I can imagine that you won’t be able to stick with just the ink and needle, and instead involve other media in your tattooing style. Maybe feathers under people’s skin?

I’ve always been a bit weird I suppose. I once had a roommate in Vancouver who did a series of drawings using his own blood. Every week he needed his blood taken and the first person he could think of that would be comfortable taking blood was me. So I watched a YouTube tutorial and did it.

Mementos will be on display on the First Friday Art Night (March 6) at The Bee’s Knees Community Cafe on 208 Wallace St. For more info, visit . To view Julie Dives’ work, visit juliedives.com.