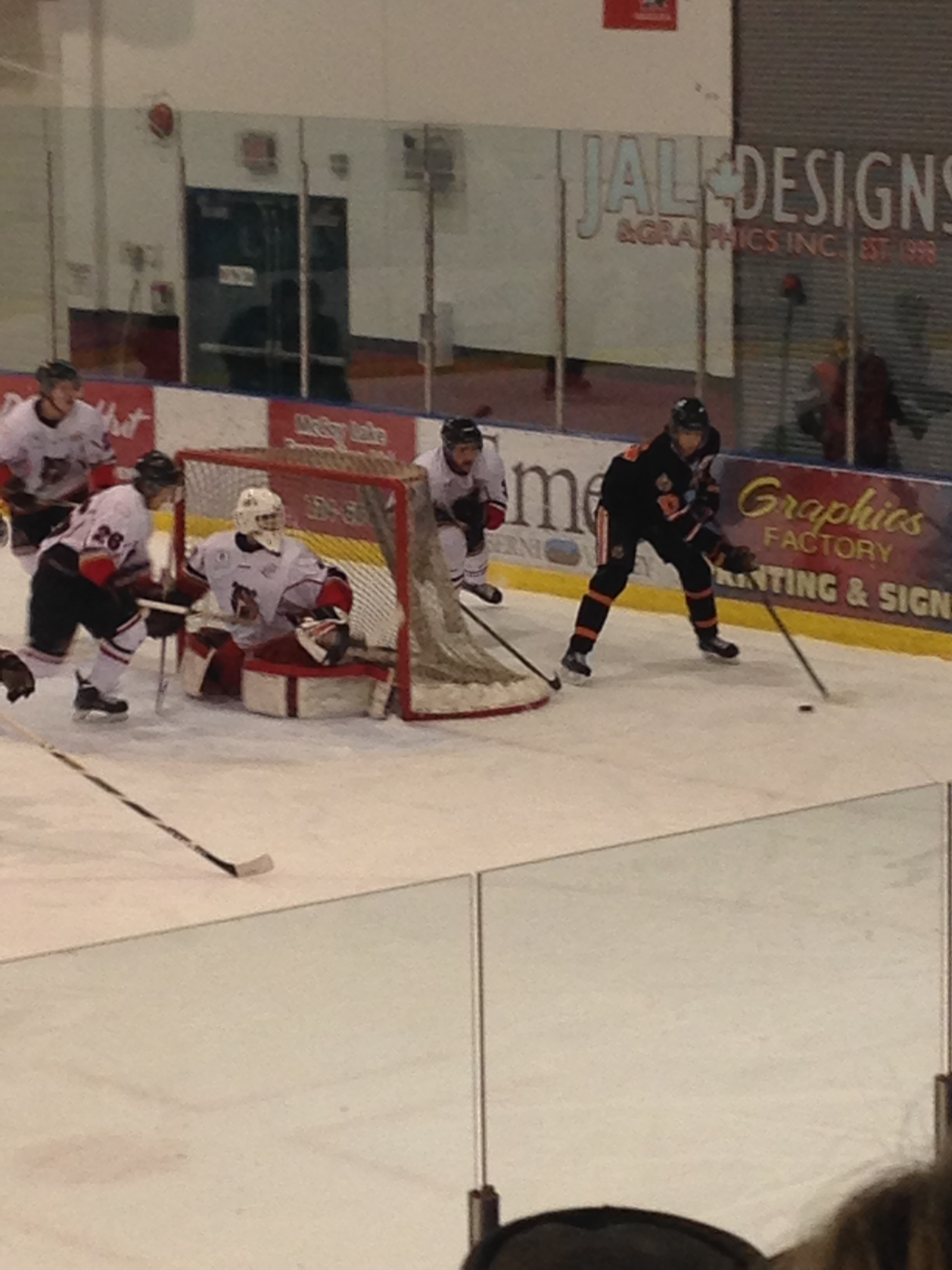 The Nanaimo Clippers got off to a hot start in the BCHL playoffs. After four games, the Clippers lead the Alberni Valley Bulldogs three games to one in their best of seven first round series.

The Clippers won the first three games of the series, and had an opportunity to win the series in four straight games on Saturday, March 7 in Port Alberni. Nanaimo opened the scoring late in the first period with a powerplay goal at 17:17, but the Bulldogs got a goal from Mitch Makin just 43 seconds later to tie the score at 1-1 after the first period.

Nanaimo got the lead back early in the second period on a goal by Spencer Hewson. Then, with just over five minutes left to play in the second period, Nicolas Carrier jammed the puck past Bulldogs goaltender Billy Christopoulos to give Nanaimo a 3-1 lead. But before the end of the period, Makin scored his second of the game to cut the Clipper lead to 3-2 heading into the third period.

Eight minutes into the third period, Sheldon Rhemple scored to give the Clippers a 4-2 lead, but the Bulldogs refused to quit. With just 1:37 left in the third period, Clipper goaltender Guillaume Decelles mishandled the puck and turned it over to Chris Schutz, who deposited the puck into the open net to make the score 4-3. Then, off the ensuing faceoff, the Bulldogs gained the Clipper zone and threw the puck into a crowd of bodies in front of the net. The puck somehow found its way onto Schutz’ stick, who scored his second goal in 11 seconds to tie the game at 4-4 with just over a minute to play, sending the game into overtime.

In overtime, the Clippers had a couple of great chances to end the series, but Christopoulos made a couple big saves, including one of Hewson in the slot. Then, with just 13 seconds left in the first overtime period, Bulldogs forward Eric Margo cut over the Clipper blue line and fired a wrist shot through the legs of Decelles to give Alberni Valley the 5-4 win. The victory for the Bulldogs means the two teams will travel back to Nanaimo for game five of the series on Monday, March 9.

Despite the heartbreaking loss in game four, the Clippers still have a commanding 3-1 lead in the best of seven series. The Clippers took game one of the series 6-1 on March 3, and picked up a 3-1 victory on home ice the next night in game two. The third game was in Port Alberni on March 6, where Nanaimo held on for a 4-3 victory.

Offensively, the Clippers have been led by San Jose Sharks’ draft pick Jake Jackson. Jackson, who has eight points in four games, scored six goals in the first three games of the series, one more than the entire Bulldogs’ roster.
The Clippers will try once again to finish off the Bulldogs on March 9 as the series will shift back to Nanaimo for game five of the series. If necessary, game six of the series will be played on March 10 in Port Alberni with game seven the following day in Nanaimo if needed.

If the Clippers can eliminate the Bulldogs, games one and two of the BCHL Island Division championship will be on Friday and Saturday, March 13 and 14 in Nanaimo, where the Clippers take on the winner of the other Island Division series between Victoria and Powell River. That series, between the Kings and Grizzlies, is tied at two after four games.
For more information on the Clippers and their playoff run, visit <nanaimoclippers.com>.