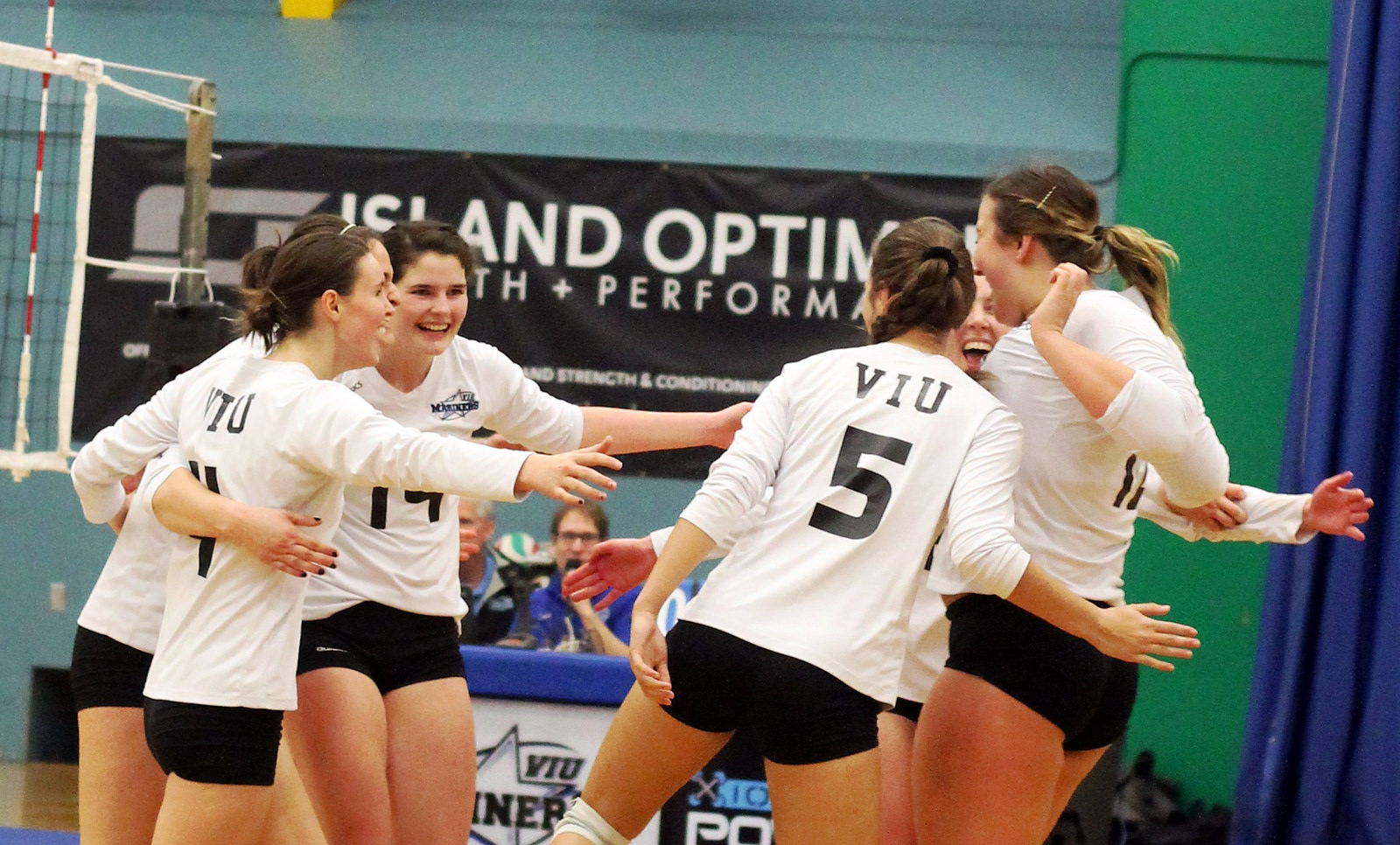 The VIU Mariners’ women’s volleyball team is no stranger to adversity. The team, losing five of its first six games of the season, battled back to capture third place in the PacWest standings.

In the Provincial gold medal game on February 28, the Mariners found themselves battling once again. The Mariners trailed the home town Camosun Chargers, losing the first two sets 25-15 and 25-21. But, facing elimination, the Mariners battled back. VIU won the third set 26-24 and picked up a 25-14 victory in the fourth set to force a fifth and deciding set for the gold medal. In the fifth set, the Mariners completed the improbable comeback, stunning the home town crowd with a 15-12 fifth set victory.

The victory gave the Mariners their second PacWest Provincial gold medal in a row. Third year Mariner Megan Groenendijk was named VIU player of the match. Megan finished the game with 14 kills and two blocks.
The Mariners advanced to the gold medal game with a five-set victory over the Capilano Blues in the semi-finals. The Mariners never trailed in the match, winning the first and third sets 25-20 and 25-18. But the Blues managed to rebound to win the matches during the second and fourth sets, setting up a fifth and deciding set between the two teams, which the Mariners won 15-11.

The PacWest champion Mariners now prepare to travel to the CCAA Women’s National Volleyball Championships in Longueuil, QC. The Mariners enter the Nationals as the second ranked team in the tournament. VIU will play their first round match against the Mount Saint Vincent University Mystics on Thursday, March 12 at 10 am PST.