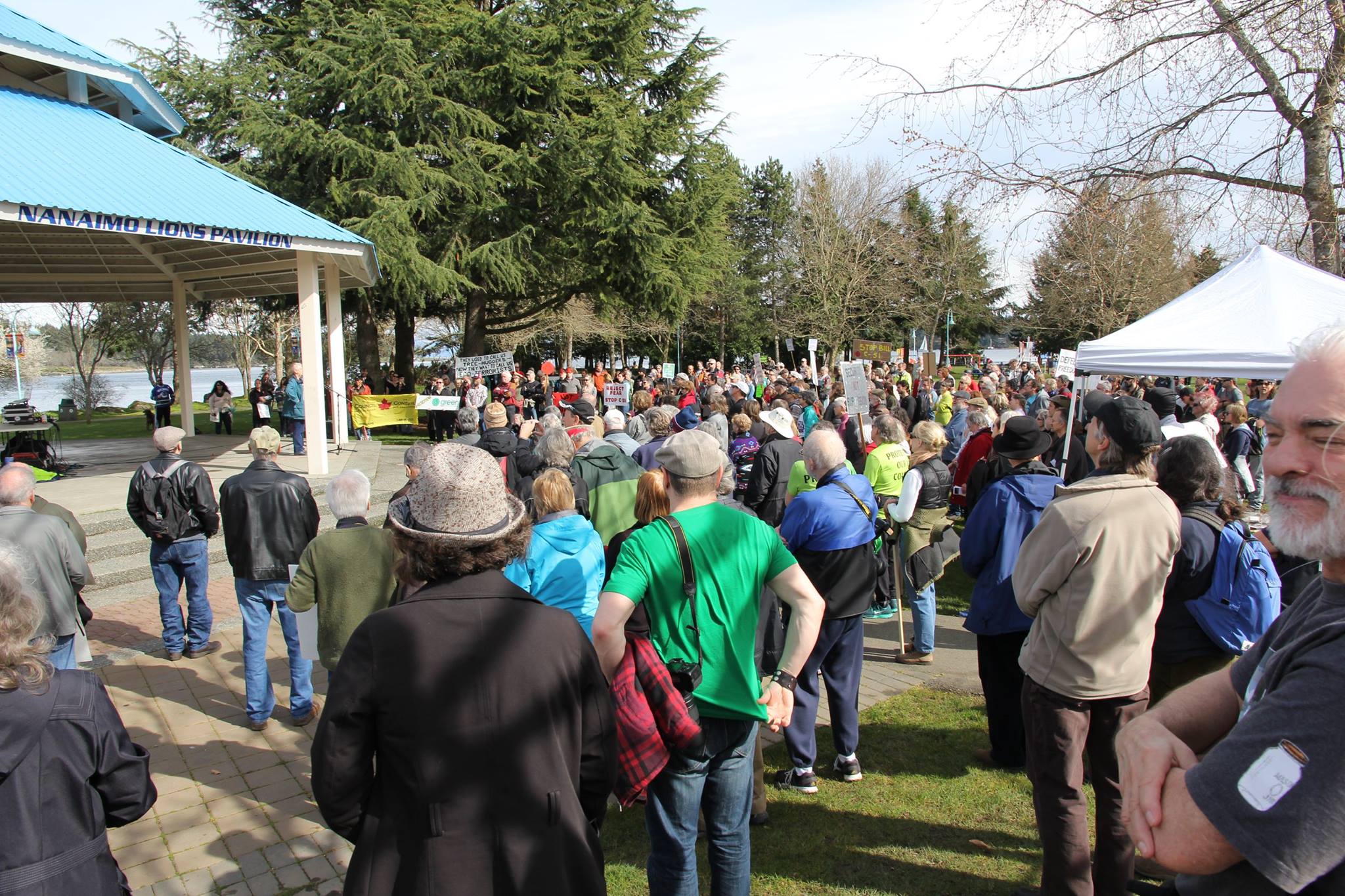 Citizens from dozens of major cities across the country participated in these protests, including Nanaimo.

“The signs are everywhere, not the allegorical signs, but the ones that are octagonal in shape and read ‘Stop Harper’,” said Sebastian Barkovic, a VIU student who attended the Nanaimo protest. “It’s time for change and Canadians know it.”

“The crowd wasn’t anything near the size of Vancouver’s protest shutting down Burrard and Robson, but it was enough to make the message clear that C-51 is harmful and endangering to our civil liberties,” Barkovic said. “You know when a bill makes David Suzuki a terrorist, we have problems.”

The bill has concerned many Canadians about their privacy protections being weakened and their civil liberties being threatened. It aims to update Canada’s criminal law by increasing the level of surveillance power held by the government in an attempt to combat terrorism offences by enabling law enforcement agencies to address any activity that could possibly threaten the government.

More information and photos from the event available here