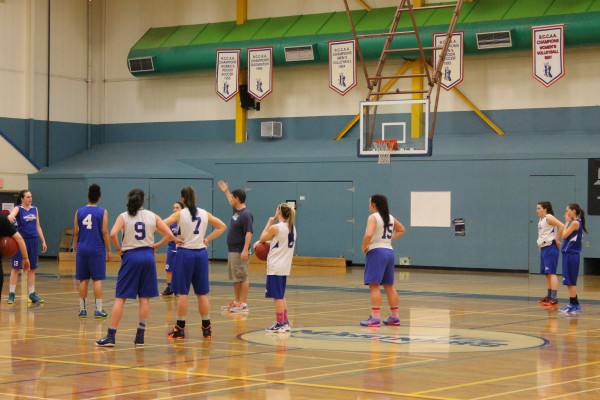 After a long couple weeks of waiting, it’s finally time for the VIU Mariners to compete for the National Championships on home court. The Mariners play their first game of the tournament tonight, as they take on the visiting Holland College Hurricanes tonight at 6 pm in the VIU gym.

The Mariners know that they need to play their best basketball game of the year if they hope to bring a National Championship to Nanaimo.

The Mariners come into the tournament as the 7th ranked team in Canada, with the benefit of having the National Championship played on their home court.

“Home court will be a slight advantage,’” said McWhinnie. “It will be nice to be staying in our own beds, playing in front of friends and family.”

The Mariners face a tough test against Holland College. The Hurricanes finished their season with a 14-4 record and come into the tournament as the 2nd ranked team in the nation. On offense the Hurricanes have three players in the Top 25 Scorers in Canada, led by Jenea Barrett, whose fifth in the country averaging 18.9 points per game. Holland is also led on both ends of the court by All-Canadian Jazlin Barker. The Mariners will need big performances from their key players like All-Canadian Sienna Pollard if they hope to pick up the home court victory.

The Mariners are hoping for a big crowd for their game against the Hurricanes tonight. All games during the Championship are free for students to attend, and $5 for alumni who purchase tickets beforehand. So don’t miss the chance to watch some of the best basketball in the country. Let’s pack the gym tonight and support our VIU Mariners.