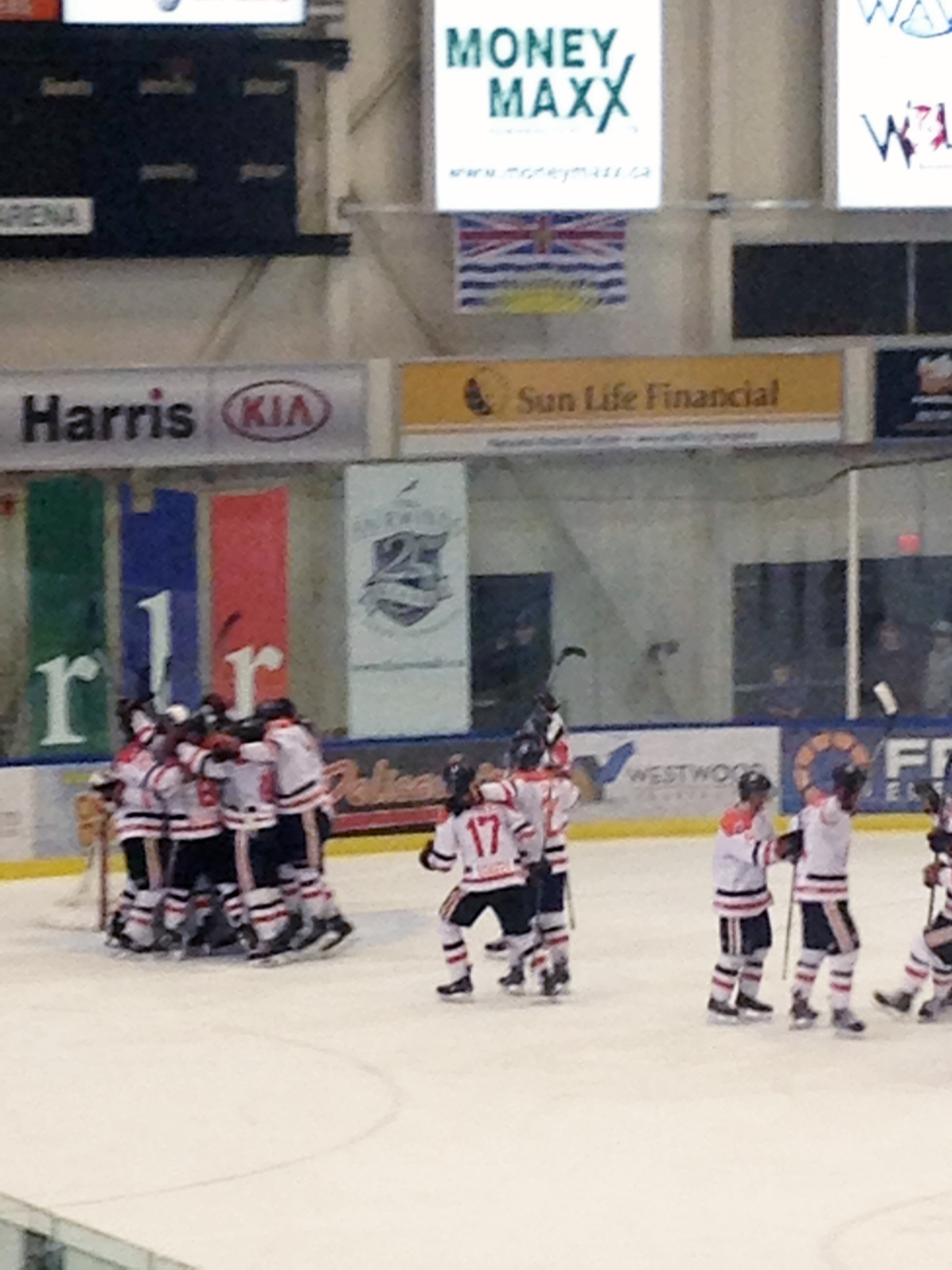 For the second straight series, the Nanaimo Clippers played a do-or-die game seven on home ice, this time with the BCHL Island Championship on the line.

The Clippers and their opponent, the Powell River Kings, were tied 3-3 after the first six games of the Island Championship series. The home team has won every game thus far in the series.

Game one between the Clippers and Kings was played in Nanaimo on Friday, March 13. With the game tied at two early in the third period, the Clippers got two goals in one minute and 23 seconds from Brendan Taylor to give Nanaimo a 4-2 lead and the victory. The Clippers followed up the 4-2 win with a 2-1 victory the following night in game two.

The Kings climbed back into the series during games three and four in Powell River. On Monday, March 16 the Kings got powerplay goals from Kurt Keats and Jacob Pritchard to take game three by a score of 2-1. The next night the Kings got two goals from Keats and evened up the series with another 2-1 victory in game four. After a 2-1 Clipper victory in game five pushed the Kings to the brink of elimination, Powell River forced a game seven with a 4-2 in the sixth game.

This is the second series in a row for Nanaimo that was decided in seven games. Nanaimo won the first three games of their first round series with the Alberni Valley Bulldogs, but lost the next three games before picking up a 3-1 victory in the seventh game. The seventh game was tied 1-1 with just over seven minutes left to play in the third period before Nicholas Carrier scored the series-deciding goal to allow the Clippers to move on.

The Clippers’ biggest struggle has been the Kings’ top three scorers: Jacob Pritchard, Kurt Keats, and Jarid Lukosevicius. The trio has scored seven of the Kings’ 12 goals in the series. Jake Jackson is the Clippers’ leading scorer in the playoffs with eight goals and three assists in 13 games.

Game seven between Nanaimo and Powell River was played on Sunday, March 22. A Clipper victory would lead to a round-robin tournament against the winners of the BCHL’s Mainland and Interior conferences. The last place team after the round-robin is eliminated while the other two teams move on to play each other in a best-of-seven series for the BCHL championship.

Results of game seven between the Clippers and the Kings, as well as information on tickets to upcoming games are available on The Navigator’s website at <thenav.ca>.