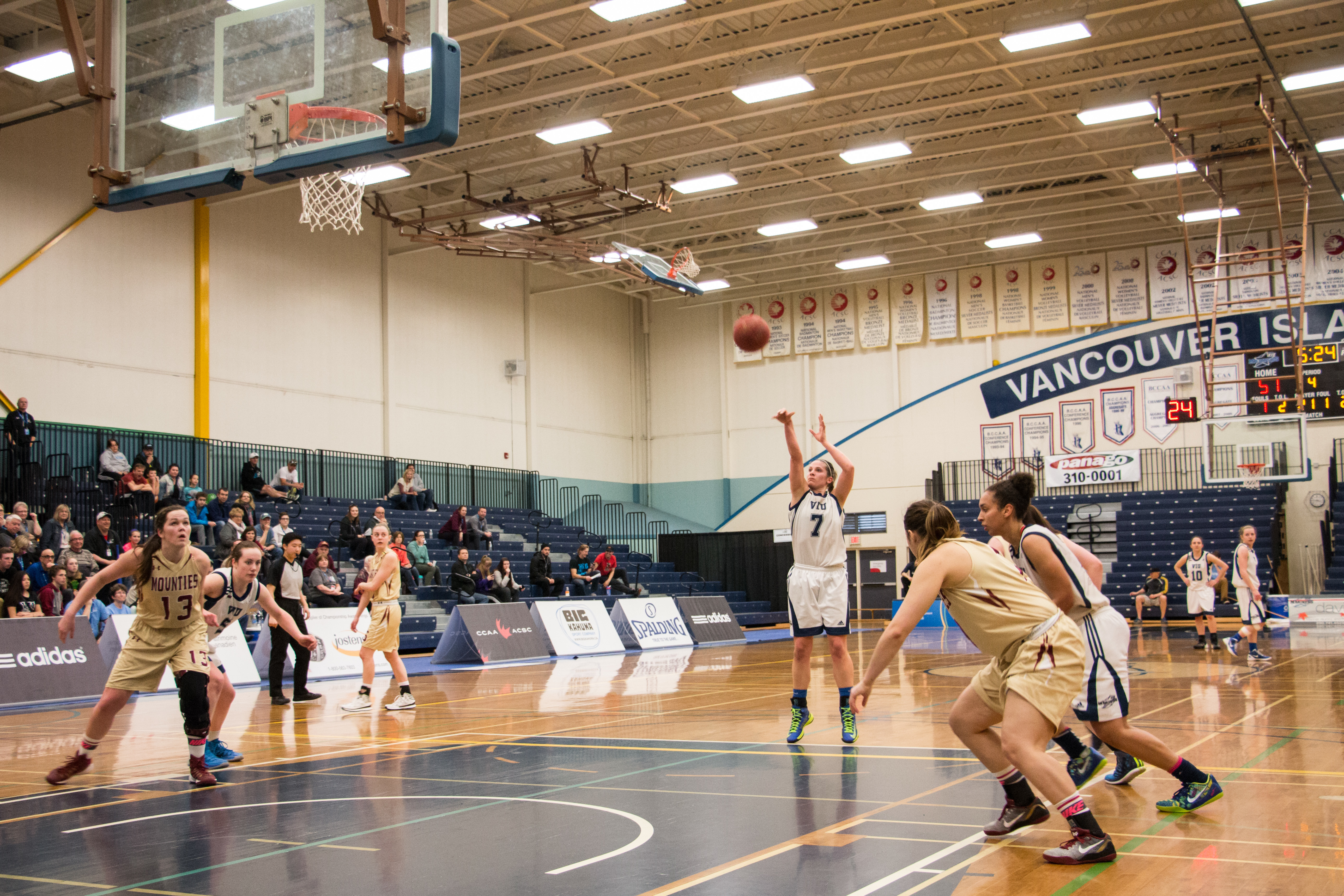 It wasn’t the game they wanted to be playing in, but the VIU Mariners’ women’s basketball team picked up the win in the team’s final game at the National Championship. VIU got a monster performance from fifth-year forward Jenna Carver as the Mariners picked up a 63-51 victory over the Mount Allison University Mounties.

Mount Allison jumped out to an early lead to start the game, but Carver scored a basket with four seconds left in the quarter to give the Mariners a 14-12 lead. The Mariners built on their lead at the start of the second quarter, taking a 20-14 lead three minutes into the quarter. The Mounties battled back as the half wound to a close, tying the score 27-27 at halftime.

The Mounties took the lead as the third quarter got underway. With just under four minutes left to play in the third, Mount Allison had jumped out to a 38-32 advantage. But as the buzzer went to end the third quarter with the Mounties leading 40-38, Carver was fouled trying to get a shot away. She hit both free throws with no time left on the clock to tie the game 40-40 at the end of three quarters.

In the fourth quarter, the Mariners took control of the game for good, scoring the first 12 points of the quarter to jump out to a 52-40 lead with just over five minutes to play. The Mounties tried to stage a final comeback but were stifled by the VIU defense. Carver finished her final game as a Mariner with 22 points and a staggering 29 rebounds. Her 29 rebounds broke the previous schoool record of 26. Carver had four less rebounds in the game than the entire Mount Allison roster.

VIU opened the tournament in front of their hometown fans against the Holland College Hurricanes. The Mariners treated the home fans to a thrilling contest, battling back from a 13-point deficit at the start of the fourth quarter to tie the game with just over five minutes left to play. But the second ranked Hurricanes proved to be too much for the Mariners as the game entered its final moments. The Hurricanes jumped out to a five point lead with 3:30 left in the game and held on for the 67-62 win.

The Mariners still had a chance to advance to the bronze medal semi-finals with a victory over their PacWest rivals, the Quest Kermodes. VIU got off to a hot start against the reigning PacWest gold medalists, jumping out to a 7-1 lead just over three minutes into the game. But after the early Mariner run, the Kermodes took the game over. Quest took their first lead 16-14 with four seconds left in the first quarter. The Mariners weren’t able to tie the score again after the Kermodes took the lead. Quest led by as many as 19 points on their way to the 52-41 victory.

After the seventh place finish at the Nationals the Mariners are now done for the season. VIU finished the PacWest regular season with a record of 16-5, good for second place in the standings. The Mariners also captured the bronze medal at the PacWest Provincial Championship with a 57-44 win over the Camosun Chargers.

The Mariners have been a power house in the PacWest for the last few years, finishing in the top two in the standings each of the last five years. With a strong core of players returning to the team next season the Mariners will no doubt once again be a favourite for the PacWest championship.