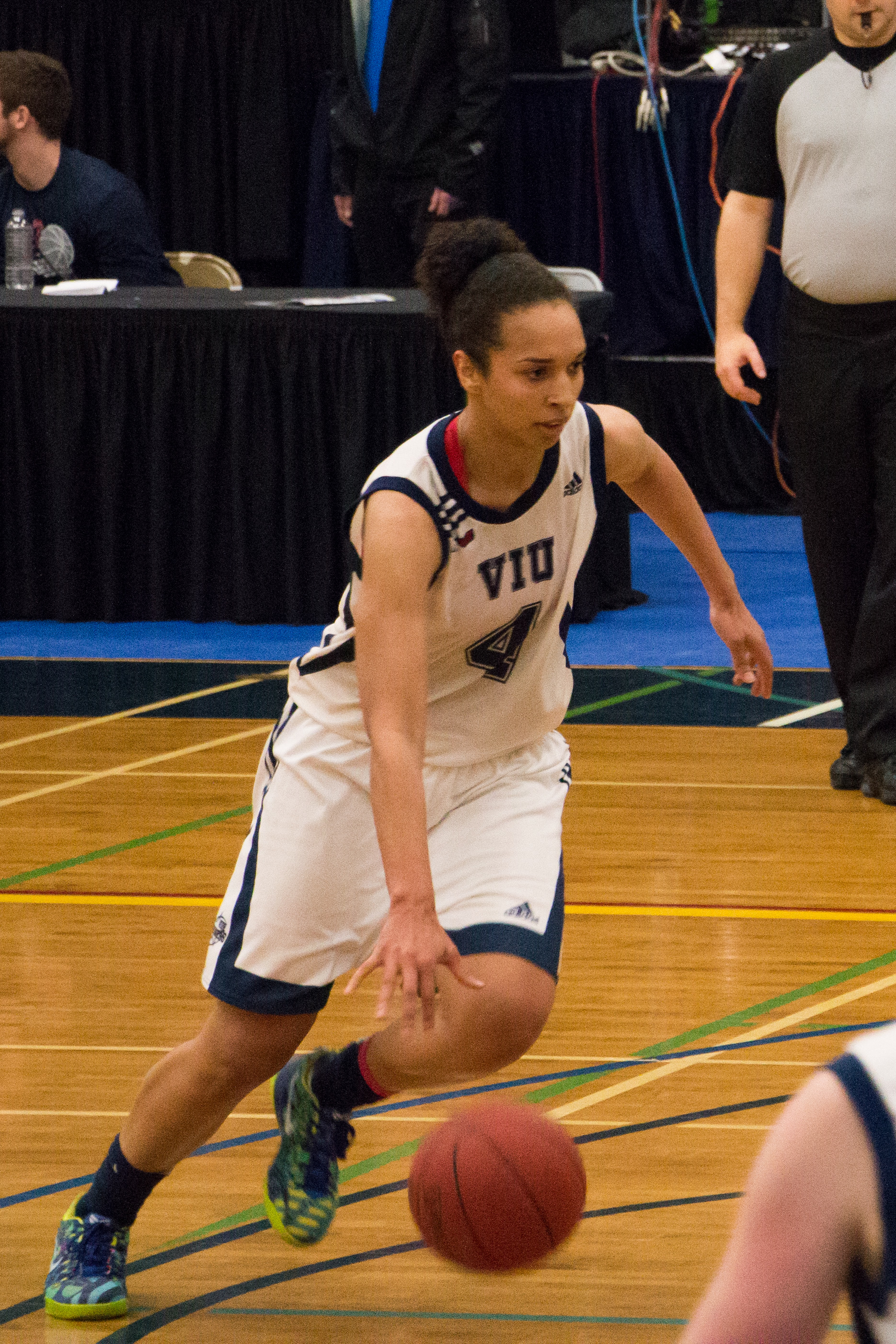 With the end of the National Championship comes the end to the season for the VIU Mariners’ women’s basketball team. The Mariners were a very deep team this year, with a lot of players contributing in different ways to the team’s success. Leading the team scoring this year was Sienna Pollard, a first year Mariner, whose strong play on the court has earned her some national recognition.
On March 18, Pollard was selected as one of 10 players named CCAA Women’s Basketball All-Canadian. The awards were given out at an awards banquet held before the National Championship.

This season marked Pollard’s first as a Mariner after playing two years at Highline College in Washington State.
Pollard has taken the PacWest by storm in her first year in the league. The Auburn, Washington native led the division in scoring this year, averaging 18.5 points per game (ppg) in 21 games this season. Her 18.5 ppg was also good for seventh in the entire CCAA. Pollard also finished fifth in the PacWest in rebounding averaging 8.3 rebounds a game.

Pollard had a big game in the Mariners’ 67-62 loss to Holland to open the tournament. She finished the game with a team high 22 points and also had six rounds and two assists.

Pollard was counted on all season to lead the Mariners’ offense and she rarely disappointed. But she was also a force for VIU on the defensive side of the ball.

“Sienna is a great defender and a terrific athlete,” said the Mariners’ head coach, Bill McWhinnie. “She has been outstanding for us this year.”

When asked about her success this season, Pollard is quick to talk about the strong bond she has with her teammates. “This year has been the highlight of my career,” said Pollard. “I instantly had good chemistry with everyone on the team, which was good considering it was my first year here.”

After finishing the season as the PacWest leading scorer, Pollard will be back to try and defend her scoring crown next season. She plans to play two more years with the Mariners before graduating with a degree in Sports Health and Physical Education. That’s good news for Mariner fans, who will get a chance to see if Pollard can put up another league-leading season next year.