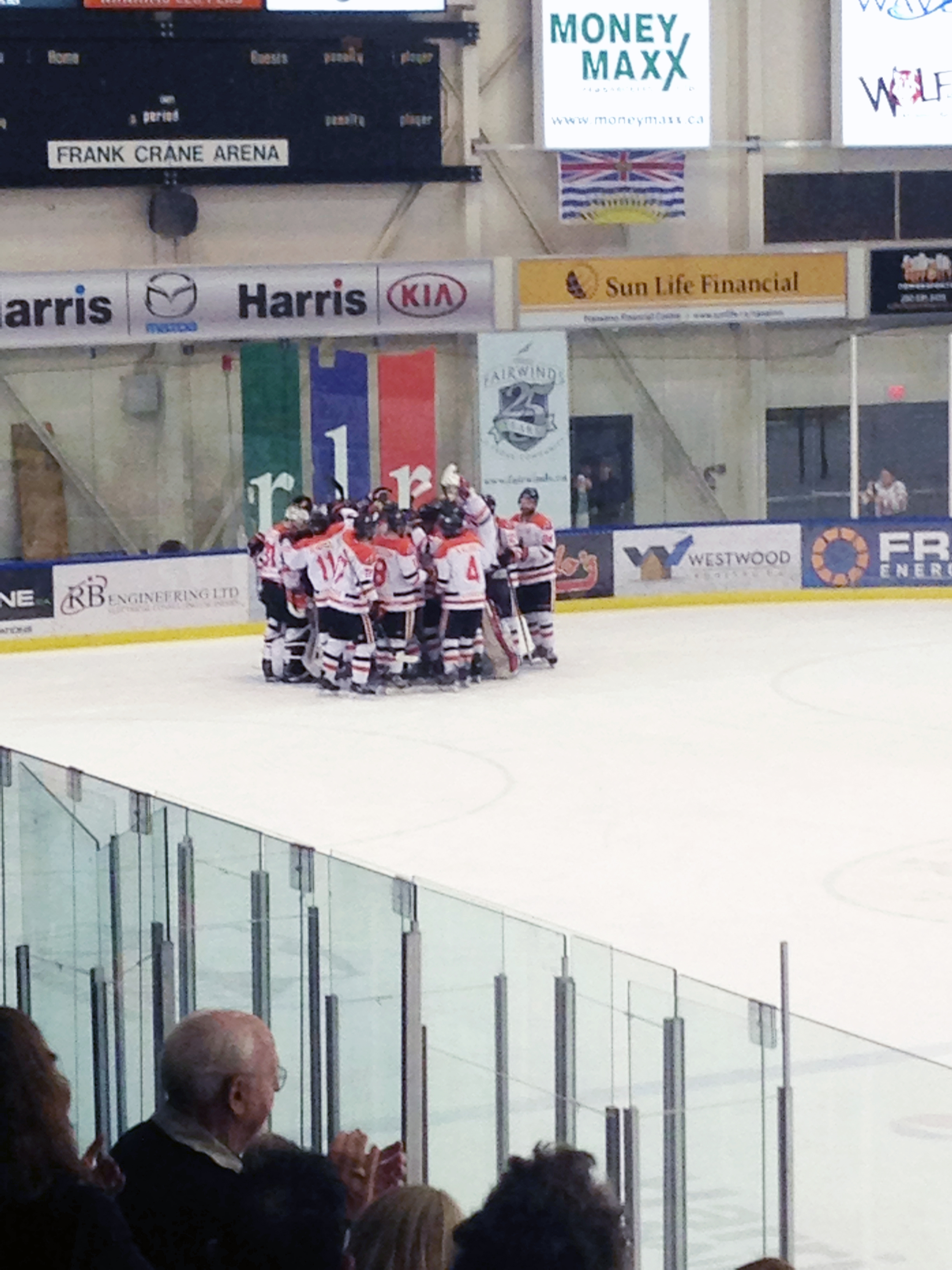 For the first time since 2008 the Nanaimo Clippers will compete for the Fred Page Cup and the right to be called BCHL champions. The only thing standing in the Clippers’ way are the regular season’s champions, the Penticton Vees.

The Clippers advanced to the finals with a 2-0 victory in Nanaimo on Thursday, April 2 over Penticton. The Clippers opened the scoring at 14:26 of the first period on a goal by Sheldon Rhemple. Then, with the score still 1-0 and the Clippers on a powerplay midway through the third, Yanni Kaldis found the back of the net to give the Clippers some breathing room as Nanaimo hung on for the victory. Final shots in the game favoured Nanaimo 35-32. Guillaume Decelles stopped all 32 shots he faced for the shutout victory.

This will be the sixth time that Nanaimo and Penticton have met in the BCHL finals. The Clippers hold a 3-2 lead all-time in the final series between these two teams. The Clippers picked up victories in 1976, 1977, and 1978. Penticton won in 1980 and the last time the Clippers went to the Fred Page Cup was in 2008. Penticton picked up the four-game sweep of the Clippers.
Penticton and Nanaimo finished the regular season as the two top teams in the BCHL. Penticton finished first with a record of 44-9-3-2, which gave them 93 points on the season, 14 more than Nanaimo, who finished with a record of 37-16-0-5. Nanaimo finished the season first in the league in goals scored, with 235 in 58 games. The Vees finished fourth with 216. Penticton had the best defense during the regular season, allowing just 115 goals. The Clippers finished third in 167 goals against.

The two teams split their two regular season meetings, with Nanaimo winning 3-2 in Nanaimo and Penticton picking up the 4-2 win at home later in the season. Penticton has outscored Nanaimo 10-7 in the four total games between the two teams this year.

Offensively, the Clippers have been led during the playoffs by Nicholas Gushue; the 20-year-old defenseman has 13 points in 17 games during the playoffs, including five goals. Gushue only had 14 goals in 182 regular season games before this year’s playoff run.

Meanwhile, Penticton has been led offensively by Demico Hannoun, who has 17 points in 16 games for Penticton. Hannoun is no stranger to the pressure of the playoffs, as he was a large part of the 2013 Surrey Eagles’ team, which won both the BCHL and Western Canada Cup.

The BCHL finals are a best-of-seven series that gets underway on Friday, April 10 in Penticton. The Clippers’ home games will be Monday, April 13 and Tuesday, April 14 as the team plays games three and four of the series. Game six, if it’s necessary, will also be played in Nanaimo on Friday, April 17. Tickets are available now for games three and four of the finals. Tickets can be purchased at the door prior to puck drop. Tickets can also be ordered online at <nanaimoclippers.com> and are $10 for VIU students.

The winner of this series will be named BCHL Champion and will compete in the Western Canada Cup against the Champions of Alberta, Saskatchewan, and Manitoba. The team from the host city will also compete in the Cup. This year the tournament is being held in Fort McMurray, Alberta.