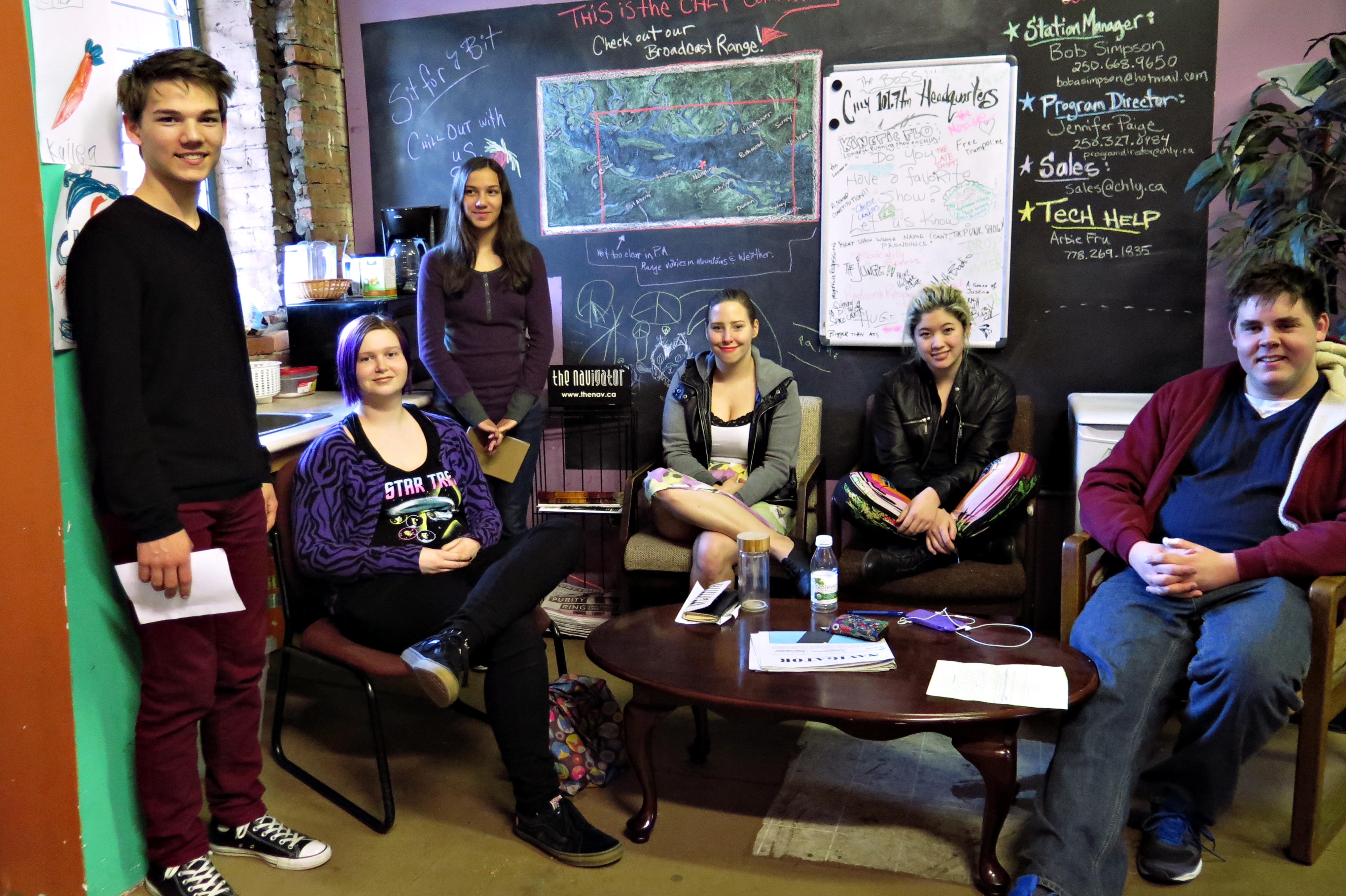 National Youth Arts Week brings a new wave of inspiration to Nanaimo’s arts and culture. On May 14, The Port Theatre Youth Initiative will present a night organized by young promoters dedicated to young audiences. Headlining the event will be Vancouver-based band The Wild Romantics, 2009 Peak Performance Project winners We Are The City, and Nanaimo’s own Gold & Shadow. The program in the lobby will include free refreshments, a photo booth, more live music, and other activities.

The event was organized by a group of teens and students under the guidance of the Port Theatre’s Marketing Assistant Melanie Godel.

“It’s interesting to see the age range and their dynamics,” she says, pointing to the diversity of the group, where the age ranges from 14 to 22. Some of the children are home-schooled, while others attend high school or VIU.

As the group leader, Godel assigns tasks such as print advertising, writing up content for media, or sourcing the artists while the group makes collaborative decisions on each detail.

“It is the first time the Port Theatre has ever done anything like this,” Godel says about the new experience. “We weren’t sure how it would turn out when we started. We just had the idea that we wanted to bring in the youth to learn about what we do, and have them do it.” She says the professional team at the theatre provides guidance and a “safety net” for the group, and they fill in where necessary, like in the technical portion. The program will hold several workshops in April to allow the group to familiarize themselves with lighting and stage set up.

Planning also involved numerous discussions on the best and most affordable acts. The Initiative consulted with professional promoters and event organizers like Andrew Roberts from Got Pop, and Vancouver Island Symphony executive director Margot Holmes. The group also coordinated with The Hub City Cinema Society to have a green screen photo booth set up in the lobby.

The main objective of the program is to engage youth audiences with live and performing arts, get them excited about attending, and give them an opportunity to come together and enjoy an event with their peers.

“It’s sometimes hard to engage the youth,” Godel says, pointing to the fact that there isn’t a lot of opportunities for teenagers to go to shows, either because of the liquor licensing when shows are held in bars, or the often prohibitive prices when they happen at the Port Theatre.

“We really wanted to open up the Port Theatre to young audiences who might not otherwise be able to attend events there,” she says.

Godel says the program will provide the group with essential work experience and a better sense of what work in this field entails, which can help them along their career path.

Lindsay (22), one of the group members, has always worked or volunteered in the field and expects her future career to revolve around event planning.

“I really enjoy working on all the different aspects of it, because that’s what I want to do,” she says. “I’m going to school for it, so it’s really nice to get a headstart.”

Her dream is to organize big-name festivals like Squamish and Coachella, but she also sees herself coordinating weddings, fundraisers, and galas.

Aislinn (20), a first-year Theatre student at VIU, enjoys learning the technical aspects of organizing and producing a theatre event. With her passion for light design and stage carpentry, she is looking forward to attending the workshops.

“It’s a great opportunity to get to know the local artists and people in the industry,” she adds.

The lobby will showcase art produced by young artists sourced from Nanaimo Arts Council, VIU’s Visual Art department, and high schools in the area. Godel says the group would also like to have a busker musician play in the lobby during the intermission to help create a casual, festival-like atmosphere.

“We want it to be fun, and get everybody excited about what’s going on,” she says.

On the day of the show, some group members may be involved in emceeing the event, but it will mostly be an opportunity to celebrate the eight months’ worth of work, and to “congratulate themselves on what they’ve come to.”

Godel believes the event will have an impact on the Port Theatre’s direction in the future.

“I think this really opens the door for what is possible and interesting for youth,” she says. “People are interested in what happens at the Port Theatre, there’s no question about that. So we have an excellent opportunity to showcase what we do, showcase our theatre, and use that to help the next generation of arts administrators, arts technicians, and artists themselves.”

The Port Theatre Youth Initiative night is on May 14 at 7 pm. It is open to public of all ages. The $15 ticket includes entertainment, activities in the lobby, and free food. Every ticket also automatically enters the door prize draw for merchandise by the headlining bands.