Wish I Was Here is one of those movies that somehow finds its way onto your Netflix “Recommended for You” list, and you sit there for a moment trying to piece together your watching habits in a desperate attempt to understand why it’s there. And since it’s Tuesday, and you’re in limbo between reminiscing/recovering from the weekend and actually doing your homework, you click play.

An indie flick with an indie soundtrack, indie camera shots, and indie clichés, Wish I Was Here is not soul-changing, and it never pretends to be anything more than it is—a character film. Director and lead actor Zach Braff plays Aiden, a failed actor that finds himself homeschooling his two children when the family is unable to pay for Jewish private school. Since our immediate little family is a one-income family (mother Sarah (Kate Hudson) works an office job), private school was being paid for by Grandfather Gabe (Mandy Patinkin). Gabe has recently been diagnosed with cancer, and needs the funds to pay for a ridiculous treatment. Meanwhile, Noah (Josh Gad), brother of Aiden, has locked himself away in a trailer and refuses to reconcile with a father fast approaching his deathbed. If it was just these four characters—dysfunctional men all trying to play the biggest pity card, and a woman tiredly trying to keep them all on speaking terms—the movie would quickly die out and you would switch to Netflix’s Wet Hot American Summer. But there are two key actors in this movie that make it go from annoying to endearing—Grace and Tucker.

Children of Aiden and Sarah, they are both robust characters that continually pull the others out of themselves for even the briefest moment. Tucker (Pierce Gagnon), offers many of the humorous lines with a deadpan delivery that would make Joey Bishop proud. Gagnon had already proven himself a capable actor in Looper and Extant, and Wish I was Here gives him the opportunity to stretch his skill without worrying about massive failure. And stretch he does, creating a rambunctious and headstrong child that steals and shares the spotlight with cohort Joey King. King plays Grace, the 12-year-old daughter who finds the removal from school hard to handle. Throughout the movie, Grace finds solace and strength in Judaism, fighting to mesh it into a family that is largely atheist. Her own growth, and relationship with Aiden, creates a small coming-of-age story that leads and reflects Aiden’s own attempt to finally grow into his role as husband and father.

The children bring high humour and a sense of wonder and determination throughout the film, helping to keep everyone else’s self-pity at a tolerable level. It helps the audience empathize with Aiden, instead of simply wanting to strangle the man while yelling at him to grow up. Aiden strives hard for his kids, working to right wrongs and give them experiences they’ll treasure. That devotion, that strive to do the best he can for them, makes you root for the man, even if it’s just a little.

Eventually we get to the end of the movie, and the story peaks with the moral and take-away of understanding where your values should lie, and that just because you don’t fulfil your dream doesn’t mean you’ve failed. The problem is this ground has been covered time and time again, and it feels as if the script has been copied and pasted from any other indie flick. Still, it tugs at a few heartstrings, gives a number of good laughs, and the soundtrack is worth having the movie play in the background at least. This movie fits well as a gentle film that can fade in and out, perfect for those Tuesdays when you’re stuck in limbo. 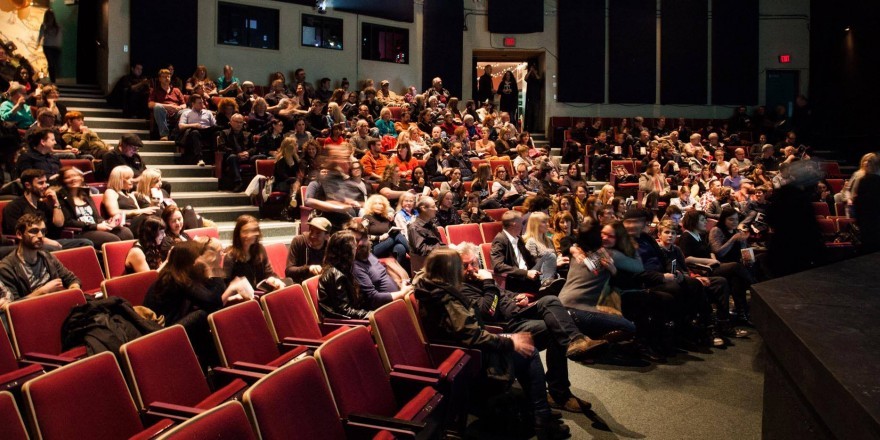