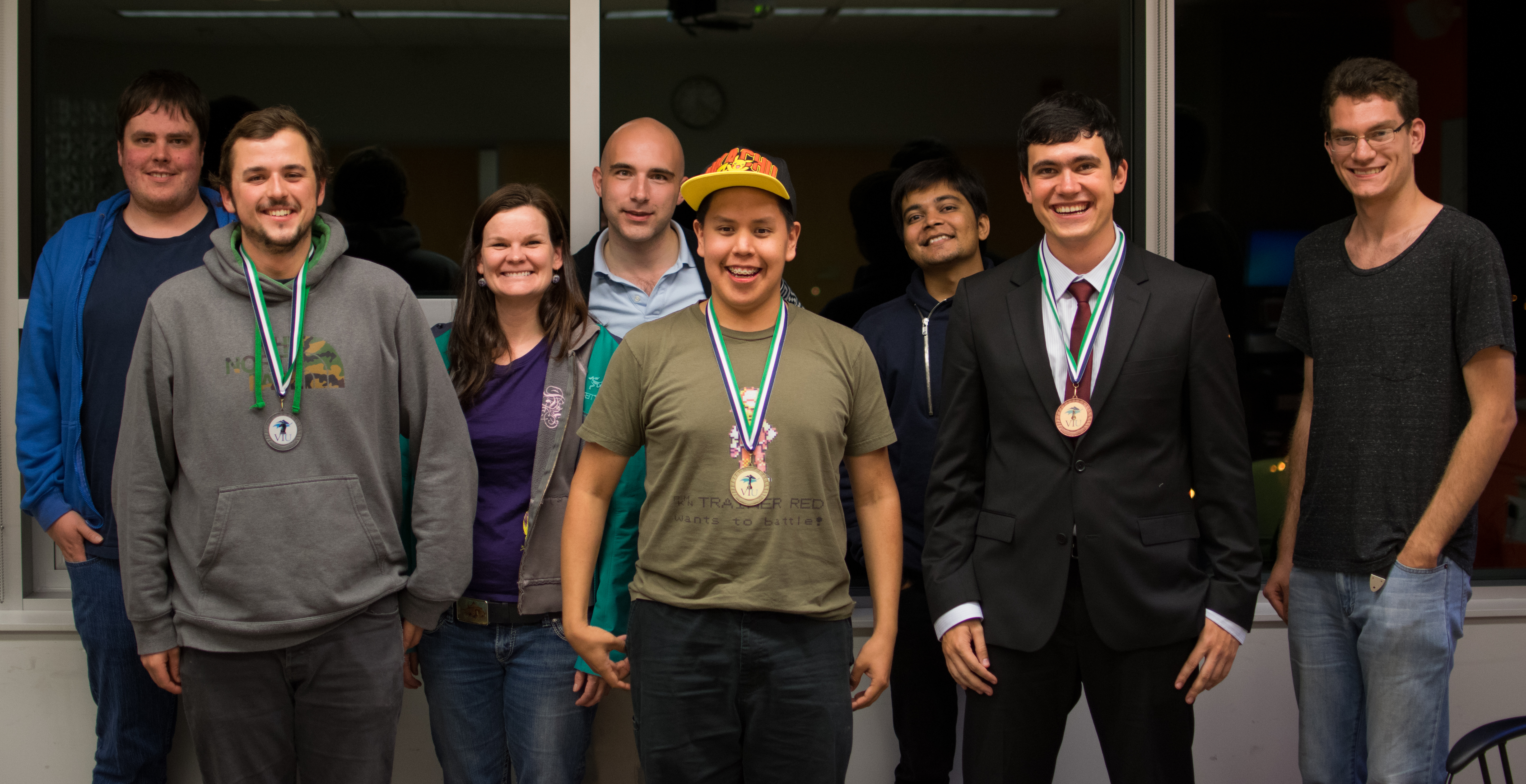 The VIU Chess Club was founded in 2012. To accelerate the Chess Club’s formation this year, we hosted a local tournament and drew in 10 people, with a few others unable to attend. Our club arranges Chess days in advance through a mailing list and Facebook page, usually on Thursdays at 5 p.m. in the Business Management Building. We want to surround newcomers with training experiences, playful humour, and equal competition. A member, Andrew Smith, wrote of his first experience: “I’ve been to several chess clubs over the years, quietly moving through the columns of people, testing their wits against each other in the hopes of performing the unquestionable position of checkmate. I find myself welcomed with the joys of laughter and jest, as everyone takes in the casual atmosphere on this dark and dreary night. Many of the members are students, scattered across the campus from the trades to business students, we even had quite a few students without the stereotypical math background.

“Sitting down and competing in casual play while waiting for more people to enter, I built the ego of my opponents with spectacular failure. Once six o’clock arrived, we began the task of building the tournament pool and assigning opponents, to test our death stares, in hopes of unnerving someone into defeat. The first match I lost hastily to the player whom would steal gold. The next, to my luck, lasted longer, but was doomed to defeat when my dangerous moves didn’t scare the opponent into making enough mistakes to warrant a win in my favour. The third battle was my best effort, but alas, whatever rusty skills I have could not save me from losing my shirt. Sitting off to the side, I watched the final matches for medal placing and basked in the warmth of comradery of all those who fell to the wayside. Medals were awarded to the winners as we chatted amongst ourselves and a quick casual game to laminate my own skill level. As everything is being cleaned up, a few more giggles are exchanged. Stretching and yawning I stand up and walk off into the night in hopes of returning to another gathering of minds, in hopes that I may improve my tactical skill and foresight.”

A tough break, but medal positions only require a month of practice (based on members’ online ratings from our Chess.com group). While tactical puzzles are useful exercises, some club players don’t understand positional play, especially the opening, preferring aggression to force tactical situations. Tactics should flow from a superior position. Chess can be simple, find the piece with the fewest options to move, and give it more options.