Remembrance Day provides a time to reflect on and appreciate those who have lost their lives and fought in conflicts for the benefit of Canada’s people. The majority of Canadians don poppies as they acknowledge this over several weeks.

Between October 4 and November 11, the names of more than 519 thousand soldiers killed in the First World War appear, one by one, on a digital screen in Vancouver Island University’s (VIU) Welcome Centre (bldg. 300).

VIU has joined the World Remembers project, an international remembrance, education, and reconciliation project initiated by Canadian actor and director R.H. Thomson in 2014. VIU’s History department and its Canadian Letter and Images project (CLIP) invite the public to view the display of names, and remember the men and women who lost their lives in the Great War 100 years ago.

“VIU is honoured to be participating in the World Remembers, which recognizes the centennial of the First World War and commemorates those who lost their lives during this conflict,” said Dr. Ralph Nilson, VIU’s President & Vice-Chancellor. “The project gives us the space to pause and reflect on the sacrifices made by those who lost their lives in the Great War through a remembrance of each person who died in that world-changing conflict 100 years ago.”

More than 519 thousand names of soldiers who lost their lives from the United Kingdom, Canada, France, Germany, Turkey, Belgium, Australia, the Czech Republic, Italy, New Zealand, Slovenia, and the former British Indian Army will appear. The display runs for 11 hours each day, with each name programmed to appear at a precise day, hour, and minute.

For those who wish to remember a person who was killed in the First World War, they can learn the exact time it will appear on the screen by entering the name at theworldremembers.org.

The screen displaying the World Remembers names is visible from just outside the Welcome Centre, for those who wish to come to campus to view names as they appear from 8:30 p.m. to 7:10 a.m.

The CLIP project is an intimate online archive of the Canadian war experience, as told through the letters and images of Canadians themselves. See canadianletters.ca for more information. 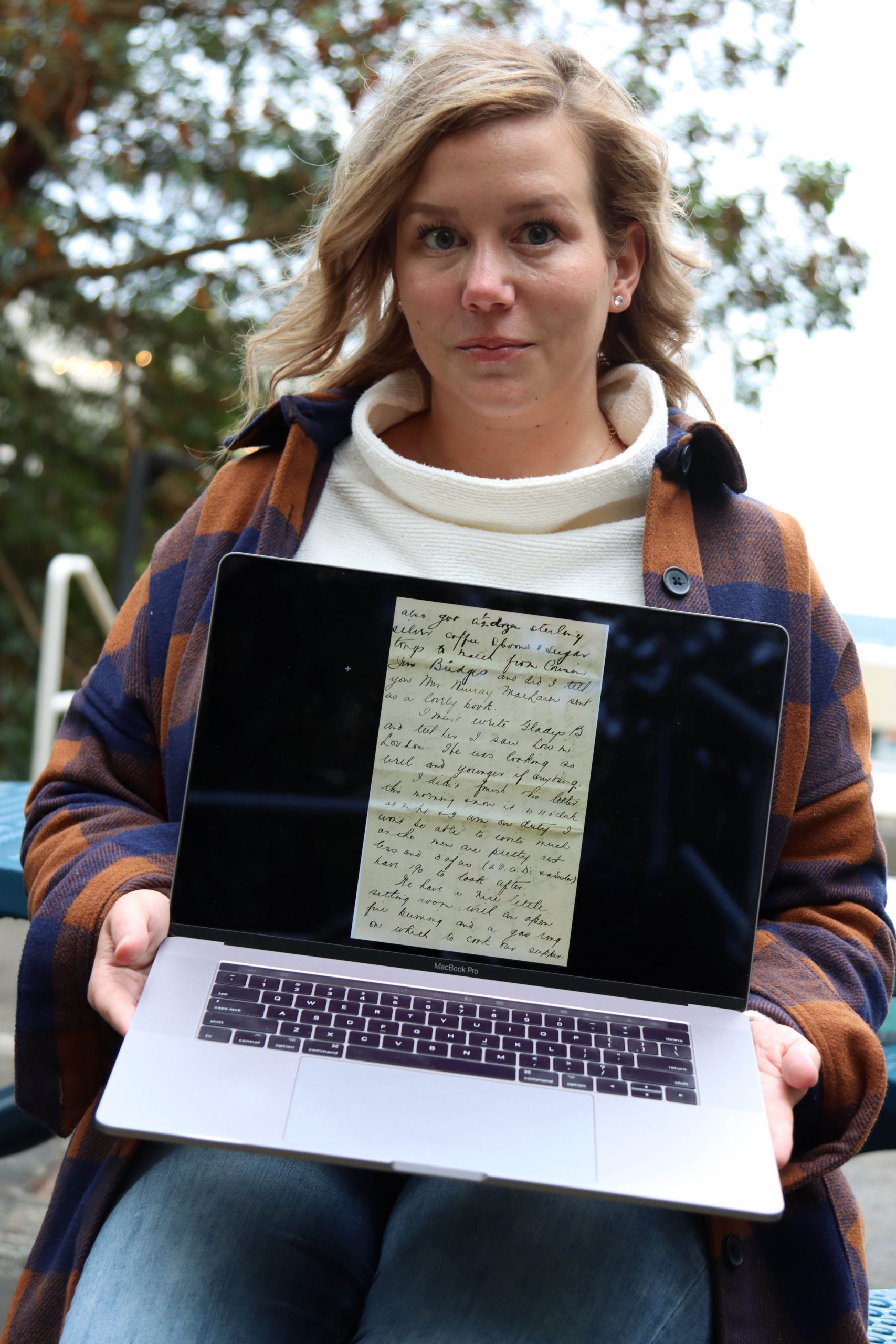