“Looking at this new government, it does seem to echo our need for positive change,” said Lise Steele, the Director of Land and Natural Resources for the We Wai Kai Nation, based in the Campbell River and Quadra Island area.

She is referring to the fact that her cousin, and member of the We Wai Kai Nation, Jody Wilson-Raybould, is now Canada’s Attorney General and Minister of Justice, as well as the first Indigenous person to hold this position.

Raised in Vancouver, Wilson-Raybould is a descendant of the Musgamagw Tsawataineuk and Laich-Kwil-Tach peoples, and carries the Kwak’wala name Puglaas, which means “woman born to noble people.”

She completed her Bachelor of Arts degree in Political Science and History at the University of Victoria, and earned a law degree from the University of British Columbia. Wilson-Raybould then served on Council for the We Wai Kai Nation for two four-year terms, during which she was instrumental in aiding her community to develop a Land Code and moving out from under the Indian Act.

The Land Code Wilson-Raybould helped develop is a framework agreement that allows First Nations to be more self-governing. “It provides a more realistic breadth of developing our lands as we see fit instead of someone in Ottawa doing it, which allows First Nations the autonomy to develop land,” Steele said.

Wilson-Raybould also contributed greatly to the creation of property taxation laws for the Nation. “If a First Nations community does not have their own taxing laws in place, the neighbouring one will collect that money,” Steel said. “For example, if we have a Shell gas station on reserve that is owned by the band, but we don’t have laws about tax, Campbell River gets that tax money, so it is in our best interest to develop those laws. Jody developed First Nations fiscal and statistical property taxation and financial management, which was instrumental in bringing to our table those tools that are needed to allow for that transparent accountability we need.”

Wilson-Raybould resigned her council position to fulfill her commitment in her riding of Vancouver-Granville.

“Our community is certainly proud of Jody,” said Vancouver City Councillor Brian Assu. “We were gathered around a computer watching the live feed and were ecstatic when the announcement came.”

In 1983, Wilson-Raybould’s father Bill Wilson, a First Nations politician, appeared on national television and informed then- Prime Minister Pierre Trudeau that his two daughters hoped to become lawyers and then Prime Minister someday, which was followed by laughter and a lack of support.

“It’s very powerful and poignant to be in 2015 looking back at that,” Steele said. “It’s serendipitous that the conversation went that way for both sides.”

While there is still more progress to be made, Steele said there has been much improvement. “I think there has been a transformation with Justin,” she said. “That attitude has changed, which is a huge step in the right direction, partly thanks to powerful leaders in our past that demanded change. I see [that clip from the past] as more of a smugness on the other side of the table that was saying to Bill ‘Ha, yeah, okay. Show us.’ And we did.” 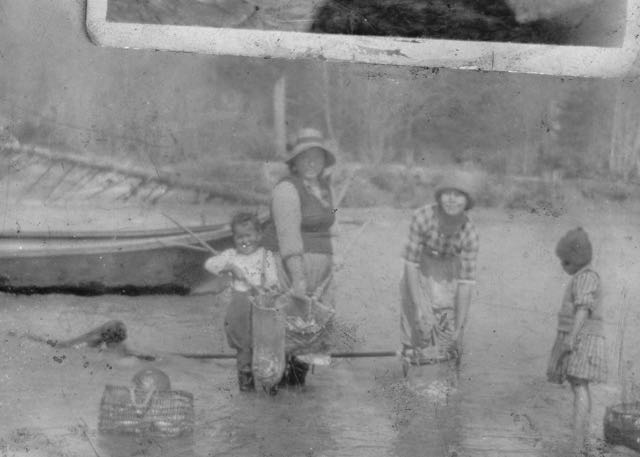