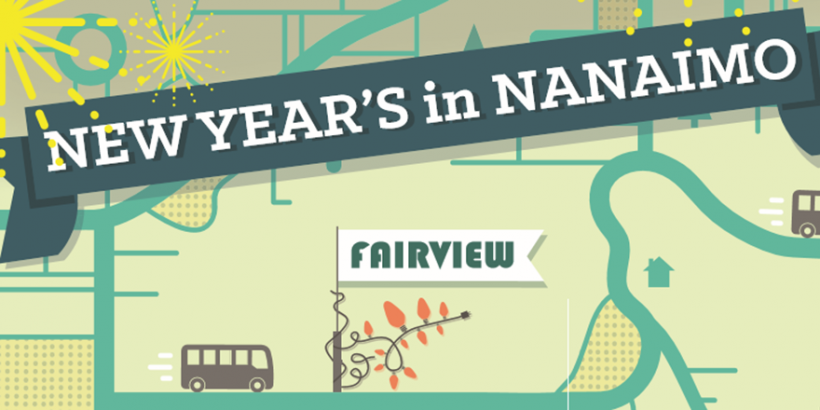 Within a single block radius of my house there are at least two dozen sets of Christmas lights still dangling from gutters. I question the logistics of calling them “Christmas lights” when they hang from the end of November through to mid-January. Really, they’re just winter lights—a much-needed paint during a desaturated season. One house has a string of lights tangled like yarn in their barren deciduous tree, because nothing is more festive than strapping a party hat to a corpse.

It was just past eight on the night of December 31 when my girlfriend, Jess, and I walked through the neighbourhood to the nearest bus stop, frost as crunchy as snow beneath our feet. The night was already black, but clear; I want to say that I pointed the little dipper out to her among the field of stars, but I didn’t.

We stood at the bus stop as two young men spoke French to each other at the stop across the street. Before I could call out to them, their bus arrived (the last 15 to Woodgrove of the night), and ours (the 5 to downtown) moments after. Five hours earlier, a friend of mine in Paris posted a “Happy New Year” Facebook status from her phone, likely with a glass of wine in her other hand. I imagine that the French partake in the classiest parties, and that those two young men donned ties under their hooded jackets.

The bus was lit shallowly in the back by a fluorescent bulb, but left dark in the front. We sat in the back across from another couple, noticeably older than ourselves, who got off at the very next stop carrying a 12-pack of Molson Canadian. A second couple, who sat in the shadowed front half, exited the bus shortly after, carrying with them a backpack of contents unknown. As we drove through the residential area towards Old City Quarter, the night felt as frozen in time as it was cold.

The downtown core was bustling. Karaoke Thursday at the Oxy Pub just so happened to line up with New Year’s Eve, and the place was packed both inside and out. Two people smoked by the front door as a group of woman flocked downhill from Prideaux to Selby, their dresses and purses jostling with each step like ostrich feathers. I asked a staff member standing out back on break if they were participating in karaoke tonight. She forced a chuckle and took a puff of her cigarette before saying “nope” as she exhaled. Next door, the Oxy Liquor Store was having its busiest night of the year.

“Sparkling wine and Pressecos,” the staff tells us. “That’s what most people are buying tonight. Champagnes too. After that it’s just an assortment.”

On Facebook, the Dinghy Dock Pub promised live blues, champagne, and a buffet at their New Year’s Eve party, while the Cambie promised a burlesque dancer and electro-swing music. A man named Carlton commented on the latter event page the next morning: “Thanks for such an amazing way to bring in the New Year! Much love.”

While the parties raged, Jess and I walked back to the bus stop, in pace behind a heavy-coated man smoking a joint. Something tells me now that New Year’s Eve had nothing to do with it.

There was a circle of people sitting at a table inside the Nanaimo Youth Services Association as the bus left downtown. The sobriety of the room was at a sharp contrast to the drunken pub-blocks not 30 seconds away.

Passing through Harewood, teenagers were huddled together on the front grass at 7-Eleven. A bicyclist passed by at one point. The bus driver cut off a pedestrian at the crosswalk beside the old Harewood School. Nobody got on the bus. We arrived at VIU alive.

The salting job on the stairs was shoddy at best—every half-dozen steps was one of pure black ice. It was the first time I’d been on campus after 9 p.m., and I was a little surprised that VIU didn’t go into energy saving mode when it’s closed for a week. I had to peek inside every window and confirm every vacant computer chair to assure myself the campus was genuinely empty despite all the lights. I even had to Google whether rabbits hibernate or if they had all shrivelled up and died like slugs after touching the salty cement. Turns out they just like to sleep at night, even on New Year’s Eve.

We came back around to the bus loop after wandering for about 20 minutes and found that a girl whom exited the bus with us was still waiting for her transfer. She was heading to a small gathering with some friends out by
Country Club.

“Not really a big party person,” she says.

“Yeah, we don’t really have any big plans either.”

When she was gone, it was just Jess and I, alone together, waiting for the bus. We stared out at Wakesiah and Fourth— at the blinking red and yellow lights of lamp posts and vehicles—and listened to the distant boom of fireworks. I looked back down over the railing where a crisp, empty bag of Doritos was nestled into the bush below.

“It’s not so bad,” Ron says. He’s been driving public transit in Nanaimo for six months now, and as we made our way from VIU to Woodgrove, he was already four hours into his very first New Year’s shift. “It’s a good service, you know? I’m happy to be keeping anyone, even one drunk person off the road.”

Ron said the transit team didn’t have any horror stories about passengers yet. In fact, the day had been pretty good. His daughter texted him to say Happy New Year and wish him luck dealing with the drunks, but he just laughed it off.

“Nah. There’s been more drunks on a typical Saturday than there’s been tonight so far. Everyone’s been great and polite.

He’s not missing much back home either; his wife works early in the morning, so she’s probably asleep already. Plus, he’s got eight minutes overtime pay after midnight.

“It’s not so bad,” he says again. “I’ve got a couple cold beers in the fridge when I get home. Gonna watch some TV and go to bed.”

Before we transferred to the Hammond Bay, one of the drivers at the Woodgrove Exchange asked us if we’d “had a Christmas spliff tonight.” I told him no, but I assured him that if I still had one left over from Christmas, it’d be big enough to share with him. He went into hysterics as we clambered onto the bus.

A teenage girl made the same bus transfer and sat across from us. Her hair was jet black, just past shoulder length, and she wore a small purple backpack and a grey sweater.

Her party was a 40 minute walk from Woodgrove—too far in -3 weather by herself and in the dark, so she bailed and was heading home instead. She tells us she likes cats and memes.

“I would have liked to go to the party,” she says, “but it’s whatever. My boyfriend’s gonna leave his party and come over and we’ll just watch Netflix.”

Her and her boyfriend have been together for a year
and a half. When she first moved to Nanaimo she didn’t know anyone, but she saw him and right away and was like “yep—that one.”

A few minutes into the trip, another teenage girl, blonde this time, got on the bus. The two girls recognized each other from Facebook, having never met in person. They left the bus together two stops later to head to the second girl’s party.

“Tonight we’re going to be best friends,” the blonde says.

By the time we arrived at the ferry, it was 40 minutes until midnight, and there were only four arrivals left at the terminal. One was picked up by a friend, and the other three got on the bus and sat next to us.

One of the new passengers was trying to figure out what bus to transfer to in order to spend the least amount of time walking with her half-dozen bags. She would’ve taken a taxi, but she said the company wasn’t picking up.

Jess recognized the woman’s accent as Korean as we plugged her address into my phone and realized that she lived two blocks away from where Jess and I lived. I told her the best route: It’s a two minute walk, but a 30 minute wait in the cold for the next bus. Since we were going that way anyway, we offered to accompany her and help with excess bags.

Saenuri Park is in her first year of Early Childhood Education at VIU. In Korean, her name is unusual; instead
of the usual two characters, it’s three. Growing up, she hated her name because people made fun of it for being weird, but she likes it now; it means “new world.”

Last year, Saenuri spent New Year’s in Langely with her family. This year, she spent it on a bus, talking with us about cat breeds and how Asians that spend time with Caucasians are derogatively called “bananas.”

“Making friends is hard, but not so hard,” she says. 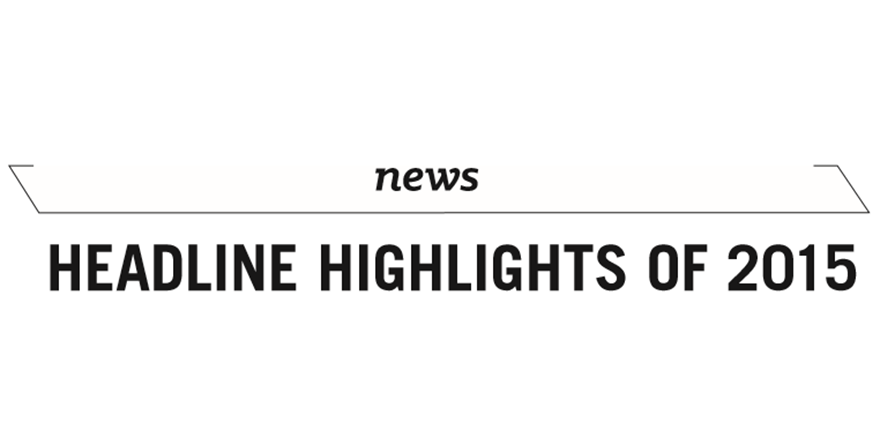