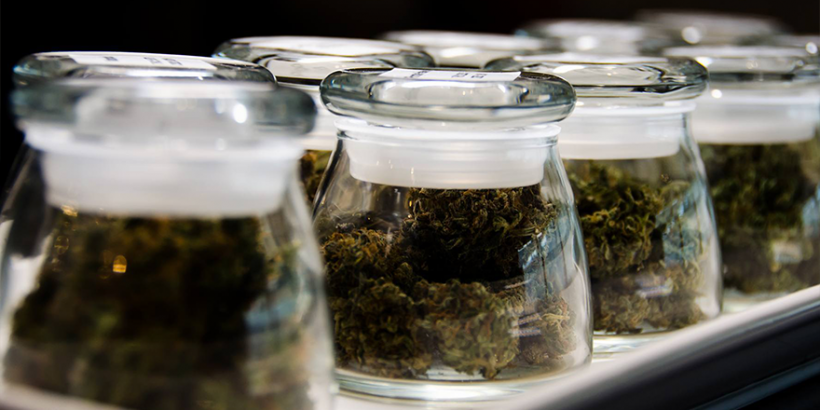 Last March, Saanich Police pulled over 42-year-old veteran Shanon Fenske as he was heading northbound along the Trans-Canada Highway, doing 70 km/h in a 50 zone.

As Fenske rolled down the window of his 2009 Kia Sportage, the pungent smell of marijuana flooded out and into the nostrils of the officers. In the back of the Sportage, stuffed into a backpack, was 10 grams of marijuana.

Although the possession of marijuana is illegal under the Controlled Drugs and Substances Act, Fenske was sent on his way after some questioning by the officers—without even a ticket for speeding.

For patients like Fenske, a testicular cancer survivor who underwent debilitating chemotherapy, options to access their medicine underwent a drastic change in March 2014, when the Marihuana Medical Access Regulations (MMAR) was repealed, and replaced with the Marihuana for Medical Purposes Regulations (MMPR). Under the old MMAR, patients who were prescribed marijuana were afforded various options: They could grow their own plants, designate someone else to, or buy medical marijuana products directly from Health Canada. Arguing the MMAR “was widely open to abuse,” the Federal government replaced it with the new regulations which forbade individuals from growing marijuana for medical purposes in private dwellings. Now, only Licensed Producers (LPs) are legally allowed to sell medical marijuana to the public, and only under strict conditions.

The MMPR allows delivery of marijuana by mail only, as “Health Canada does not authorize the operation of retail storefronts, such as ‘compassion clubs’ or ‘dispensaries.’” Driving the point home, Health Canada’s website adds, “They are illegal.” Despite this, dispensaries are abundant, with the Vancouver Sun reporting 120 in Vancouver alone, and nine in Nanaimo. However, on November 12, 2015, Nanaimo RCMP sent letters to several Nanaimo dispensaries ordering them to shut down. Although nearly all Nanaimo dispensaries remained open past the deadline of November 19, the Nanaimo News Bulletin reported that on December 1 three dispensaries were raided and some staff members were arrested.

As most dispensaries thrive, and new ones open, things aren’t going as well for the LPs. Tilray, one of six in BC, began operations in Nanaimo last year. According to the Nanaimo Economic Development Corporation, Tilray generated $48 million for the local economy in 2014, but in June, the company laid off 61 employees (about one third of its staff).

Tilray’s Jennifer Dinsmore says the layoffs were an effort to “right-size the company” and it “wasn’t a light decision” for the CEO, Greg Engel. She says the layoffs resulted from Health Canada delaying a permit to expand Tilray’s growing rooms by “four to five months.”

Dinsmore says dispensaries aren’t a significant threat to Tilray’s business, of which 70 per cent of its customers are Ontarian. For the most part, LPs and dispensaries attract “two separate crowds,” she says—dispensary customers being primarily recreational users, with a few medical users who don’t want to work through the LP registration process.

Fenske, a VIU student, offers his own ideas why LPs like Tilray may not be doing as well as planned. “I didn’t want to risk putting any more chemicals into my body, like chemical fertilizers or pesticides,” he says via email.

Fenske says that while recovering from cancer and chemo, anything synthetic or unnatural caused his stomach to turn—even chewing gum. Recommendations from chemo nurses and an oncologist led him to try organic marijuana—something he hasn’t seen promoted by any of the LPs. However, Dinsmore says Tilray’s product is “as close to organic as possible,” but certification isn’t attainable, as the industry isn’t held to the same standards as food.

Regardless, after shopping around at some “less than impressive” dispensaries in Nanaimo, where he lives, Fenske looked south to Victoria, where he found the Ocean Grown Medicinal Society. Their organic product, knowledgeable staff, and medical approach to dispensing turned him into a loyal client. “I don’t want to waste my money when I know I can go to one place every six months or so without any negative experiences.” He hasn’t even registered with an LP.

With the recent opening of Warmland Medicinal Cannabis Centre in Mill Bay, Fenske may not have to travel as far. Warmland is owned and operated by Canadian marijuana legend Chris Clay, who, in 1993, opened Canada’s first hemp shop in London, Ontario. For this, he was arrested in 1995 for trafficking. He took his case all the way to the Supreme Court of Canada, where a judgement was finally made in 2003: Clay was fined $700 and given two years of probation.

Clay says his case sparked a “nationwide debate over medical marijuana” when it first began, and marijuana legal champion (and Clay’s current lawyer) Kirk Tousaw even wrote a thesis on it.

I agree with Dana here. I think it stems from the fact that a lot of people don’t understand that Canadians who are…

In 2000, long after the original trial, Clay left the industry after the arrival of his first-born. “There’s more to life than marijuana,” he says now.

Fifteen years later however, and after moving to the Cowichan Valley, Clay saw the opportunity for a dispensary in the area. Warmland opened in August 2015, with the goal of providing patients with a non-burdensome system and a mom-and-pop feel. Business has been steady, Clay says, and he has had “overwhelming support from the community.”

Despite the Nanaimo RCMP demanding dispensaries in Nanaimo shut down, Clay isn’t worried about the law, and “can’t imagine anything will happen” in Nanaimo or Mill Bay. He says most police departments have bigger priorities than busting dispensaries.

Attesting this, an officer from Warmland’s local RCMP detachment [name withheld] in neighbouring Shawnigan Lake says, prior to November 18, he was unaware of Warmland, and doesn’t “give a shit” about its existence.

Like Fenske, Comox Valley resident Ernie Yacub, 71 (who has “been smoking since the ‘60s”), offers his own ideas as to why dispensaries like Warmland are thriving while LPs are laying off employees.

“A lot of people prefer dealing with a human being face-to-face,” he says via email. “They like looking at and smelling the dry herb and getting information about the medicine, its effects, dosing, and ways of using it.” He adds that some people don’t have credit cards or PayPal accounts, don’t like buying online, can only afford to buy small amounts at a time (e.g., $10), and/or don’t have fixed addresses.

While heading a dispensary in Courtenay, Yacub was arrested for possession in 2011. He now runs a medical marijuana “courier service” throughout the Comox Valley.

Clay calls the current, burdensome system “totally broken,” and points to roadblocks put up by the Harper government. But with the Liberal party now in office, things are looking up for the Canadian cannabis world. On November 13, Prime Minister Trudeau began the first steps toward marijuana legalization, as stated in a public mandate letter.

For the time being, however, the MMPR is still in effect—a bizarre way of getting medicine, Clay says. He believes patients should be able to easily pick up medical marijuana like they would any other medicine, as a normal activity. With more than half his customers being seniors—the oldest being 79—Clay says, “Imagine someone like that trying to order medicine.”